Phrases uttered by Woody, who is autistic, have been transformed into prints by his parents.

Sonny (pictured above, right): Woody was diagnosed with autism when he was three. We always thought he had an interesting turn of phrase and we wrote down the things he said, which we called "Woodisms".

There’s a perception about people with autism not having much empathy. In some ways he doesn’t, but in other ways he can say these beautiful things. That’s different to what people assume. One day I made a linocut of one of his "Woodisms". I thought it would suit his style of speaking and also be a form of meditation. I made a few more and put them on social media and got a big response.

Autism is a big spectrum, but a psychologist told me that we need to bring all aspects of that spectrum into the open. That gave me the confidence to do more.

We were offered a free stand at an expo at Olympia London. Aine Donovan, who is head of art buying at Bartle Bogle Hegarty, has a print shop called They Made This and she agreed to stock our work. After I did a post on LinkedIn about it, we got nearly 200,000 views and it took off. 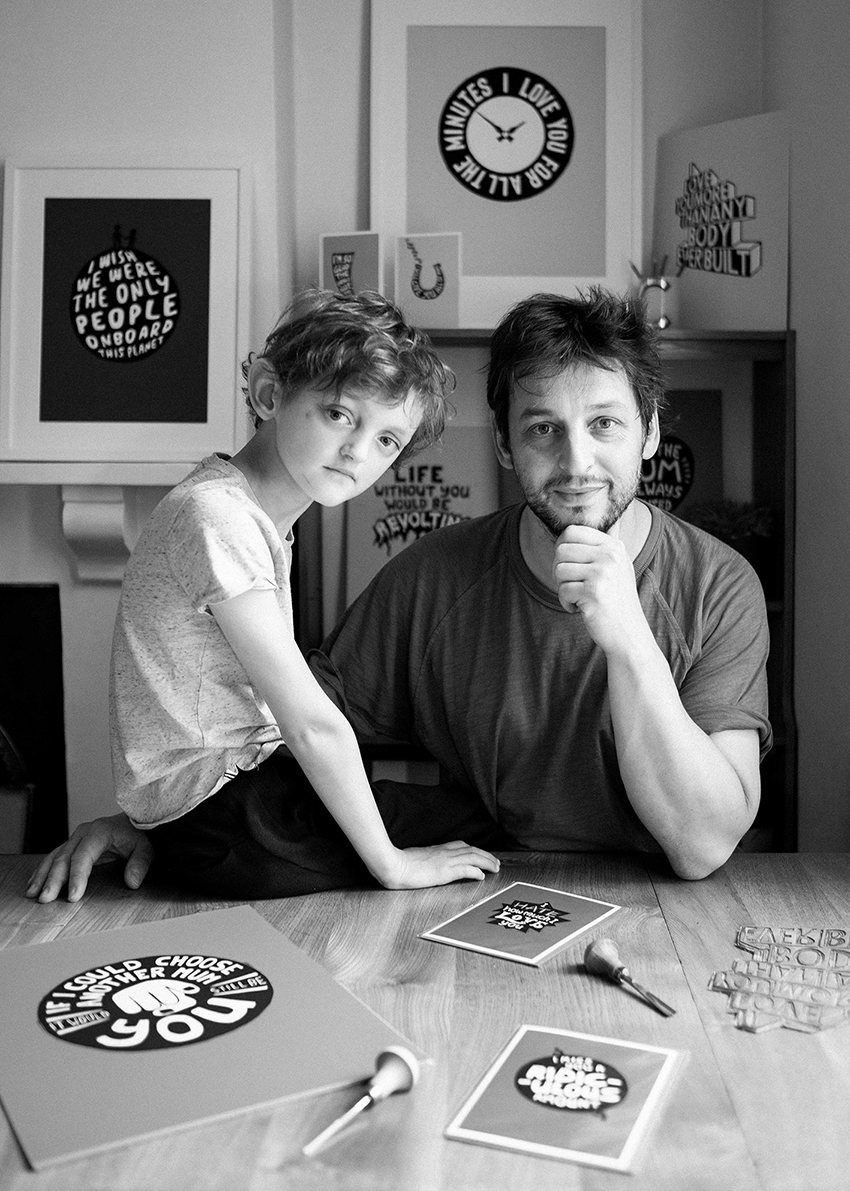 Charlotte: I’ve been a copywriter for 20 years but in just a few years of his life Woody has come up with better phrases and ideas than I’ve ever had. Themes like love and friendship have been described for centuries, yet he’s still coming up with new ways to describe things.

Woody struggles at school and has low confidence. He’s discovering he’s different from his peers and no-one wants to be different at school. But suddenly he’s got something he’s good at. His school has bought some of the prints and displayed them. We’ve told him that people love the way he thinks so much that they want his thoughts on the wall. His confidence has really gone up.

We believe Woodism could become a place where other young artists could sell their work and become a platform for kids to run.

In advertising, diverse minds are more important than ever. We’ve been in the industry for a long time and we know it can be quite a closed shop. By selling Woody’s work, we’ve proven that an autistic mind can also be commercial. We’re hoping that will send a message to the industry that diverse minds are going to be the future of coming up with brilliant, unique and wonderful ideas.

Sonny Adorjan is a creative director at Engine and Charlotte Adorjan is a freelance creative. Their son, Woody, has high-functioning autism. Woodism is an art project that turns Woody’s unique phrases into linocut prints and cards. It recently won a D&AD Pencil in the Side Hustle category

I made this: An environmentally friendly hosiery solution

I made this: Making the Wombles relevant again

I made this: Learning to collaborate via the medium of comic books

I made this: Slay Duggee proves kids can love heavy metal too

I made this: Ross Taylor's sanctuary for maximalist taste

I made this: ColourBolt bikes, just like ads, start with an idea