A lull in the office led to the birth of a story about orientalism and Western moral relativism.

You can spend forever avoiding something because you think it won’t be good enough. The honest truth is that it won’t be, but at least you’ll have done it.

The first T-shirt I made for my clothing company, Cohala, was executed very poorly, and I remember thinking: "This thing is fucking terrible. It’s the worst thing I’ve ever made, so I can only get better at this."

I was about a week into a placement when I came up with my first comic book script. I had no work to do, and after spending three days pestering everyone in the office, I decided to make work for myself. It’s really funny when I think about it now – I don’t have that energy any more.

A friend of mine had an idea he wanted to write as a TV script and I was keen to get involved, so we fleshed out the world of the story together, which became This Train Terminates Here. In brief, it’s about one man protecting his fictional nation’s dictator from time-travelling assassins. Setting a story in London is an interesting way to explore orientalism and Western moral relativism.

Culture is an inherently political thing for a writer to tackle. It’s very easy for society to paint leaders in a particular light and not understand the cultural lens they see the world through, and how that might distort the actions of everyone involved. 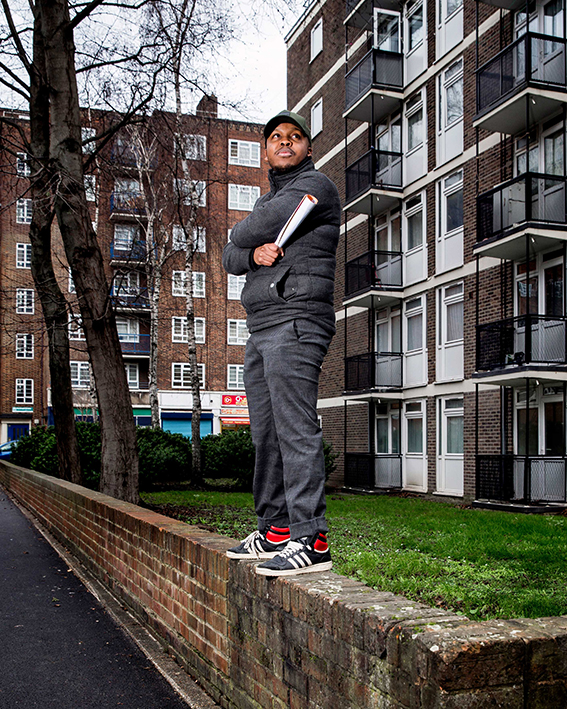 Democracy is maybe not quite as solid as we all assumed it was – the mechanisms for holding people to account are probably not quite as robust as we want, and certain people can do whatever the fuck they want.

As a copywriter, comic books have taught me to be more collaborative and lean on the expertise of the people I’m working with. Creatives have curious minds, so bringing weird and wonderful ideas together can only be a good thing.

Folarin Akinmade is a copywriter at VaynerMedia

I made this: Slay Duggee proves kids can love heavy metal too

I made this: Ross Taylor's sanctuary for maximalist taste

I made this: ColourBolt bikes, just like ads, start with an idea