The environmental impact of eating meat has become more prominent, so why not make the classic bar snack vegan-friendly?

We always wanted to create our own thing – a brand that stands for something we do and talks the way we want to talk. A couple of years ago we were in a Soho pub, working on a creative brief and talking about the rise of meat substitutes and the vegan food movement. We joked about making a vegan pork scratching, and then said: "Why not give it a go?"

We’re conscious of the environmental impact of eating meat and have been trying to cut down, but always found it quite difficult. We were never creating a product aimed at vegans – this is aimed at people who love meat but feel they should eat less of it. There’s a huge market of people who, if they could eat a non-meat product that still tastes like it, would make that choice. 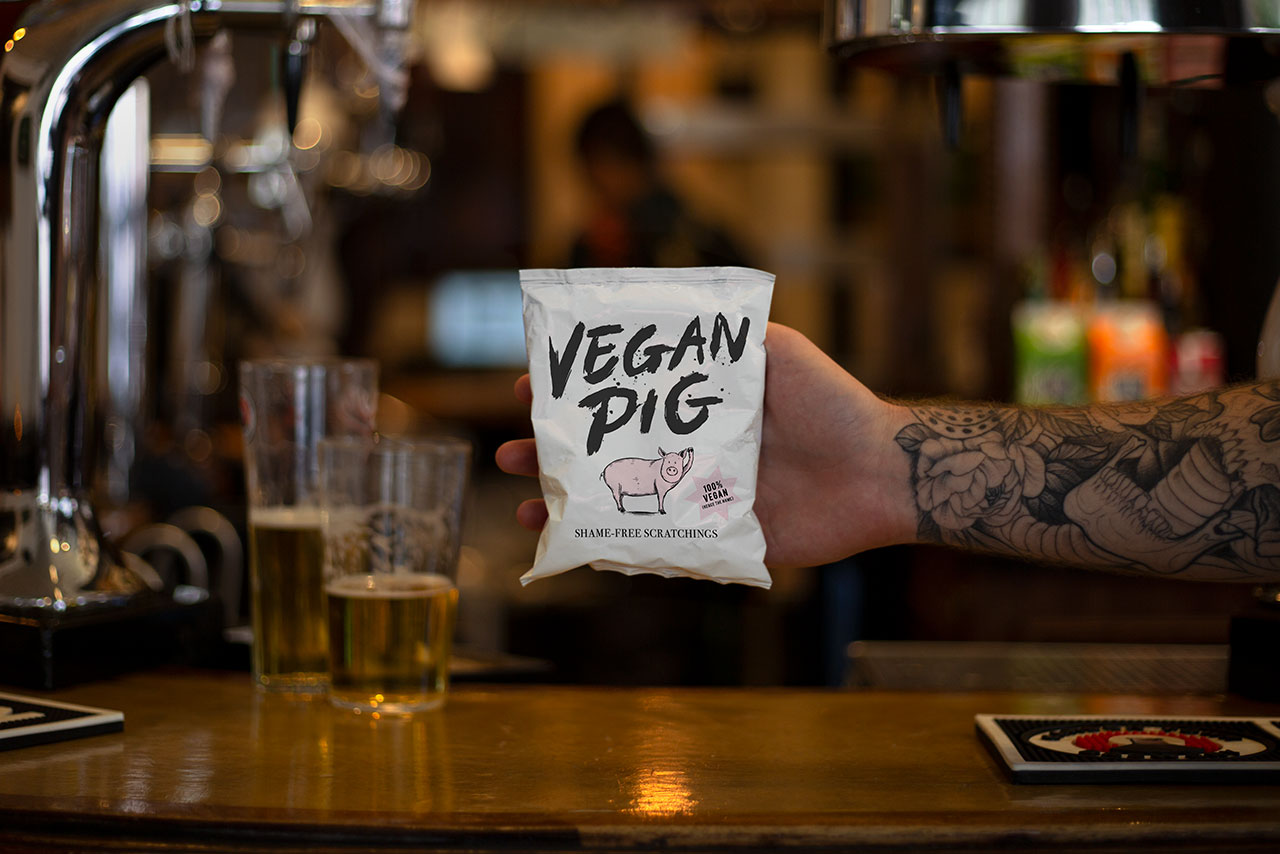 This is our first food product so we’re learning a new skillset. We worked with a company called Tastehead to create a product made from soy with two textures, the crispy fried skin and a sort of fat, cooked in a similar way to real pork scratchings. The ingredients are simple and it uses natural flavourings, so it’s not that bad for you. The packaging is fully recyclable and compostable.

At first, people thought we were nuts – of all the things to make vegan. A lot of meat-eaters don’t understand why vegans should want to eat meat and they really went for us online. We’ve been taking the negative comments and using them as ammo for the brand to say something funny. Our favourite so far is "Generation idiot strikes again" – we were thinking of using that as an endline.

Only when people began to taste the product did they believe in it. The novelty factor has been helpful in attracting interest and getting our Kickstarter campaign funded. Our ultimate dream is to be in every pub in the country. If we could contribute to the normalisation of a plant-based diet, people eating a little less meat or being open to trying something else, that would be a huge success. It’s the future of food and we want to be part of that transition.

Josh Pearce and Sean Johnson are creatives at Dark Horses