W&K is also making redundancies due to the business impact of Covid-19, but it said that Tait and Armistead’s exits were unrelated to that process.

The agency declined to disclose how much of its workforce would be cut because the consultation period is ongoing. 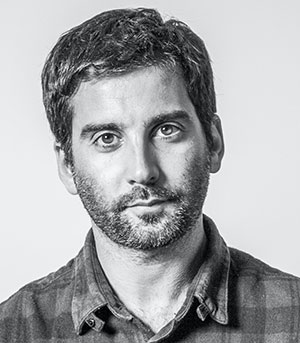 Tony Davidson, the other ECD, will continue to lead the creative department while the agency recruits a successor to Tait. Dan Hill (pictured, left), director of strategic planning at W&K New York, will replace Armistead.

Hill has spent the past five years at the New York office, leading successful pitches for brands including Duracell, Ford, Lyft, McDonald's and Spotify. A native Londoner, he previously worked at W&K Amsterdam, where he oversaw the office's Nike work, as well as AKQA and Karmarama in the UK.

Helen Andrews, managing director at W&K London, said: "Wieden & Kennedy London is an amazing agency because of the people in it. Unfortunately, due to the impact of Covid-19, we are having to make some redundancies. We say W&K is a family and our people come first, so it’s with huge sadness we have to say goodbye to some really talented people as we reshape the agency to continue to be an excellent partner to our clients.

"Separate from the redundancy process, we’re also saying a reluctant goodbye to Ben and Iain. Iain has been an incredible partner and a huge part of this agency. We are absolutely gutted to see him go. Ben has done brilliant things with our strategy department and we are so grateful for what he’s accomplished here. Thankfully, the transition is smooth – we’ve got an amazing talent, Dan Hill, on the way to fill Ben’s shoes and plenty of time left with Iain as we look for his replacement."

Tait joined W&K London in 2014 to help Davidson lead the creative department. He was previously ECD at Google Creative Lab in New York for two years. Before that, he worked in W&K’s Portland office as global interactive ECD.

Tait said: "Wieden & Kennedy has been my workplace and my soulmate for eight years – some in Portland, most in London. It’s a unique and special place. But after 100-plus days of lockdown introspection and lots of talk of the future, I felt like standing down is the right thing to do. It’s not easy, but I have never been more confident about the decision to pass the torch, make space for new growth, new voices, new perspectives and new ideas. I’ve had my shot. And I’m looking forward to working with Tony and the wider team to help find my successor over the next few months.

"I feel excited and nervous about what’s next. But the thrill of totally new adventures is what I’ve been craving. Me and W&K are parting as great friends with buckets of mutual sadness, but I’m going to be hanging around until the start of next year, so it’s not goodbye just yet."

Armistead has been at W&K London since 2018, when he replaced Paul Colman. He was previously CSO at Grey Group Spain, head of planning at 180 Amsterdam, global planning director at W&K Amsterdam and senior planner at Dare.

He added: "It took Wieden & Kennedy to bring me back home to London, but this is the perfect moment for some network moves and to pass Dan the baton. I am excited to be discussing other roles within the network and am proud to leave behind a team that's armed with more strategic firepower than ever."

W&K London also parted ways with Three in May, when the brand put its advertising account up for pitch. They had worked together for a decade.

W&K London MD departs agency after more than a decade

Global Creative Agency of the Year: Wieden & Kennedy (US)

Lurpak brings higher purpose to kitchens in ode to cooks

Pick of the Week: Three paints an optimistic vision of the future