An Iceland direct mail ad - promoting a wine brand called Fat Bastard - has been banned by the advertising watchdog for being irresponsible.

Two circulars for Iceland were delivered to homes and a primary school in October and November last year, which advertised a money-off voucher on the front for the brand.

On the back of the ad the text said: "Outrageous name, outrageously good wine" next to the Fat Bastard brand name.

Four people complained to the Advertising Standards Authority that the language used in the ad was likely to cause serious or widespread office and that it might be seen by children.

When contacted by the ASA, Iceland acknowledged the name of the wine might be controversial but said that, as it was a branded product, they had no control over the name. The retailer said the name was based on a story in which, when first tasting the wine, the winemaker exclaimed that it was a "fat bastard" due to its full-bodied nature. 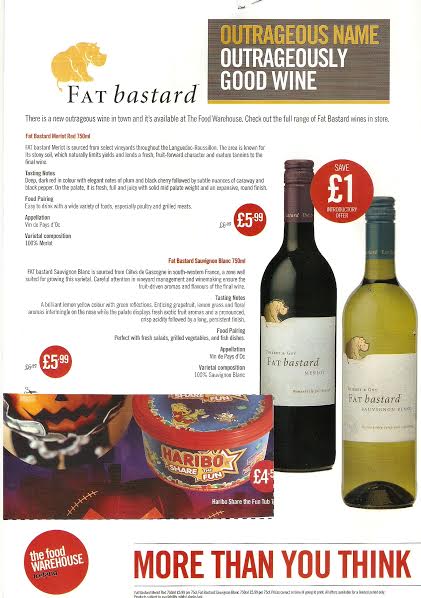 Iceland said they did not believe the ad would cause widespread offence, due to the fact that the direct mail went out to 175,000 households and that four complaints had been made to the ASA.

The frozen foods retailer acknowledged that children might see the circular and would ensure ads for the product would not be placed on the inner pages of such circulars in future.

The ASA ruled that the ad was unlikely to cause widespread offence but did accept that they had been irresponsibly distributed so that children may see them.

The watchdog said: "... we considered that the references to 'Fat Bastard' were unsuitable to be seen by young children and should not have featured on the outside covers of the circulars."

The ads must not appear again in their current form, the ASA concluded.