Got a great idea but not sure how to get it off the ground?

Simply enter the Ocean Outdoor Digital Creative Competition 2017, run in partnership with Campaign. You come up with a winning concept, Ocean will help make it reality on its network and Campaign will make you famous. Easy.

We'll be bringing you inspiration over the coming weeks from past winners who have seen their entries go from an idea to the big screen. First up: British Airways' "Live Caribbean Sale".

Helen Haines, Ocean’s head of marketing, talks us through the journey from the idea to the big screen

Tell us about the project

It’s an award-winning, interactive, digital out of home campaign, created for British Airways by BEING, which won the inaugural Ocean Digital Creative competition in 2010 and went on to become a much looked-up-to execution in 2011.

The campaign was to promote the fact that BA flies to more Caribbean destinations than its competitors. It offered shoppers the chance to interact through live video feed with holidaymakers on a secret island destination – and then join them for a free get-away.

How did the idea come about?

The concept won first prize in the contest which invites creative experts to come up with an idea which will utilise the capabilities of the medium and push the boundaries of digital out of home advertising. The live, interactive and social concept from BEING was judged the winner due to its pioneering use of live-streaming technology to promote the brand message.

Two holidaymakers were streamed live from an unknown tropical destination. Players were asked to text questions to the holidaymakers to try and guess which Caribbean island they were on. 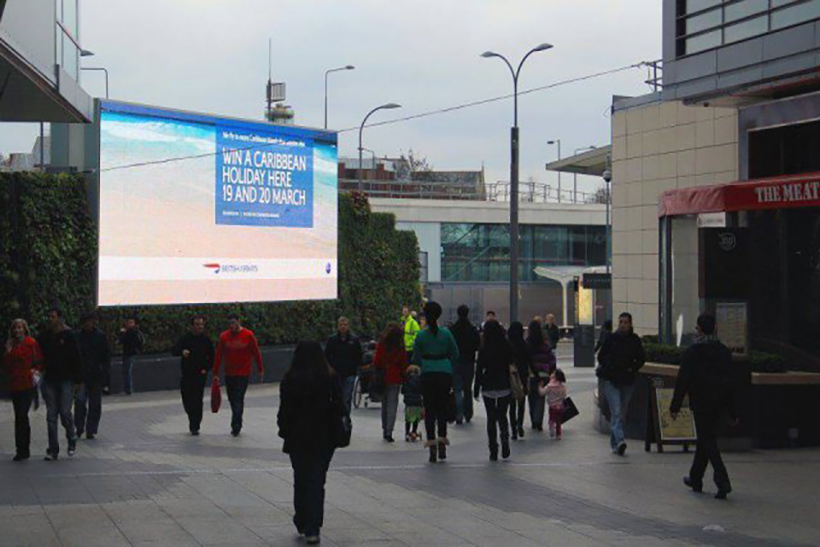 Questions such as, "What is the local drink?", or "What is the local time?" were answered in real time by the holidaymakers, and a series of short videos gave further clues as to their secret location, underlining BA’s intimate knowledge of the Caribbean as a desirable holiday hot spot.

People who correctly guessed the name of the destination were entered into a prize draw, with one lucky couple winning a seven night stay on the featured island, courtesy of the airline.

The campaign went on to be shortlisted at the Cannes Lions Festival.

Primarily, however, it became the lead campaign used to inspire creatives to come up with their own ideas and enter them into the Ocean Digital Creative competition.

Seven years on and 345 entries later, we have awarded 44 winners, hosted over 3,000 people at the iMAX cinema for the annual awards ceremony and delivered 26 global awards with a PR reach to an audience of well over 40 million.

This campaign set the tone for the next seven years of the competition – all you need is an idea! If it’s a winner, Ocean will make it happen, and this was the first in a series of exceptional ideas.