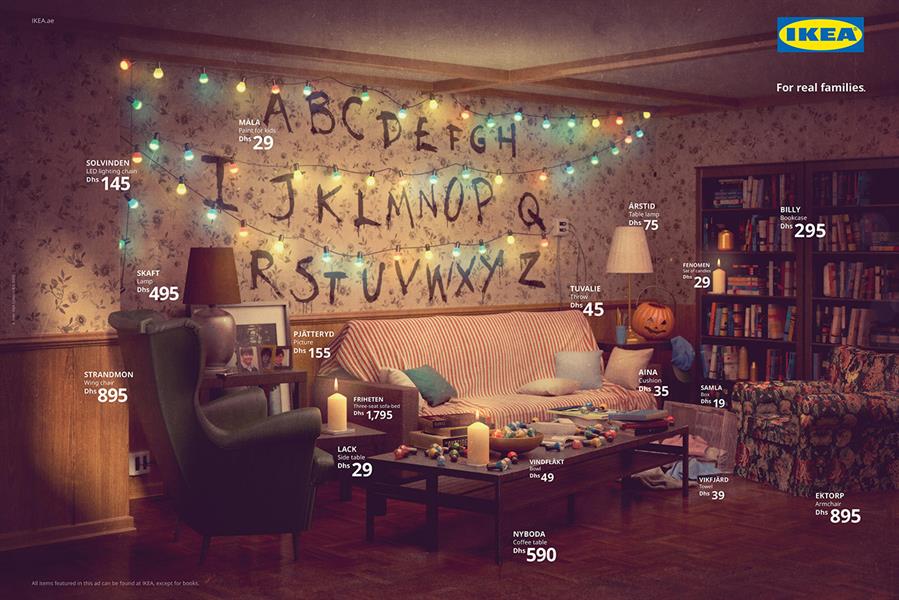 Ikea chose three iconic family rooms on TV and replicated them using only the brand's furniture.

The rooms are inspired by The Simpsons, Stranger Things and Friends. Ikea and Publicis Spain brought the living rooms to life in a 3D studio after sifting through thousands of items from the brand’s catalogue and matching them to pieces from the fictional series. The campaign, which is running in the United Arab Emirates, was written by Guillermo Laureano Ley Núñez and art directed by Diego Fernández-cid.

Nationwide "Save Money: My Beautiful Green Home" by Wavemaker

Ikea "Every home should be a haven" by Mother

Ikea "Change a bit for good" by Mother

Ikea "Every home should be a haven" by Mother

Ikea "Change a bit for good" by Mother