The man who started Ikea, Ingvar Kamprad, was well stocked in the religious zeal department. He had a mission to create a better life for the many, and you have to admit there's something rather wonderful about that. It certainly explains the derivation of Ikea's campaign line "The wonderful everyday".

Equally wonderful, or odd, depending on your spiritual compass, is the fact that Kamprad's better life does not revolve around money: he is said to live in a modest bungalow, eat in the Ikea canteen and use public transport. Attaboy Ingvar.

To a degree, this ad reflects the man. Gently eccentric and a little bit daring, it takes something as everyday as a bed, and tries to create something wonderful around it. A woman falls from one bed floating in the sky to another, and another, whimsically accompanied by the voice of Prunella Scales, reciting Shakespeare. Finally, the woman lands in her own bed, and we are told that "there's no bed like home".

The commercial does not hit the heights. It's a little too open to interpretation for that - or, to put it another way, say WHAAAT? Only after extensive research did I discover that the floating beds are all places the woman has slept on her "journey through life". But here's the thing: maybe the lack of clarity isn't such a killer. The spot is engaging. It stands out, and whether you get the plot or not, it does land its point in the end.

It should at least be applauded for that, and because it comes right out of the brand's heart and soul. Kamprad wanted to create a better life for the many and, fittingly, this spot, like most of Ikea's commercials, refuses to inflict something everyday and dull on the unsuspecting viewer. That's refreshing, and in a landscape full of brand names that seem infinitely interchangeable, isn't it also refreshing to talk about a brand that actually does have a heart and soul, and about a piece of communication that feels like the brand itself might have created it? (The logo doesn't have to be bigger, or on screen longer, to make this an ad for IKEA.)

So yes, the commercial is flawed, with a whiff of pretension about it, and people will no doubt have fun laying into it. But maybe it should be forgiven, simply because it has the ambition to be more wonderful than merely everyday.

If the sage, old Swede is right when he says "Happiness is not reaching your goal, happiness is being on your way", then the people at Ikea should at least permit themselves a small smile.

Which of the following TV commercials do you remember seeing recently? 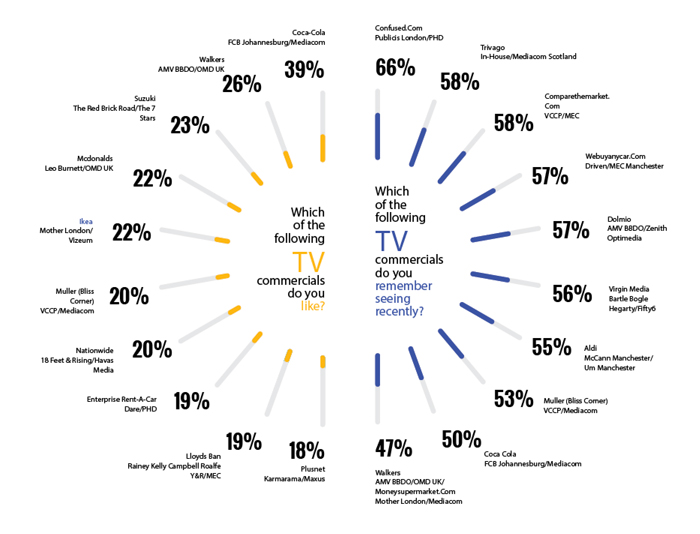 Heineken's ad rewards its audience with some real entertainment

Has Burberry's personalisation drive brought the brand closer to consumers?