The furniture and homewares retailer's marketing chief for the UK & Ireland is leading the business on a three-year transformation plan.

In many respects, IKEA is a Jekyll-and-Hyde brand. The retailer, which marks its 25th anniversary in the UK this year, has been voted the 'nation's favourite retailer' in a poll by Verdict Research, yet anecdotes of in-store customer meltdowns have become so common that they are now the stuff of satire. In July, website The Poke ran an article claiming IKEA was introducing relationship counsellors because trips to its stores were the reason for 12.8% of divorces.

Loved and loathed in equal measure, the retailer's UK operation has appointed its first British marketing chief to reverse lingering negative sentiment. The man, parachuted in last September, is marketing manager Peter Wright, formerly of Diageo, Tesco and Thorntons. Despite his unassuming title, Wright is in fact IKEA's top marketer for the UK and Ireland, and sits in on the private company's equivalent of a plc board.

Wright appreciates the 'favourite retailer' accolade, but admits that, when it comes to perceptions of the in-store experience, 'there is still loads to be done and none of us are under any illusions'.

However, he claims the negative perceptions are 'based on the experiences of many years ago' and visitors to the store now are 'pleasantly surprised' by a better-than-expected experience.

Ikea has certainly introduced several initiatives to make shopping a more agreeable experience for its customers, including an in-store picking service, a delivery offering and the option of having items assembled at home.

'The reality is it's more about improving the experience of the stores than about more fluffy marketing-type stuff, and that's where our focus needs to be,' explains Wright.

One aspect of the business that could, arguably, use an urgent review is IKEA's radio station playlist; the first song to blast from the speaker system during a visit to the shop floor after our interview is a Shania Twain track.

The brand's core business of making and selling its own merchandise makes Wright an ideal candidate for the job; his 11 years at Diageo instilled a love of products, while his rise through the ranks at Tesco left him fully versed in retail marketing.

Wright's persona - he is a qualified landscape gardener with a short, business-like haircut and sensible glasses - jars somewhat with IKEA's design-led image.

However, behind its fashionable presentation is a ruthless business, which has brought in Wright to help deliver aggressive growth targets as the company seeks to bolster its UK footprint.

IKEA posted a turnover of £1.15bn for its financial year ending 31 August and increased its share of the home-furnishings market from 6.1% to 6.3%, according to Verdict, consolidating its market-leading position.

Nevertheless, its increase in market share masked a 3% decrease in like-for-like sales, while future growth has to be driven by a marketing and PR team of just 16 people.

'The main reason we get away with (a team this size) is because of the culture of Ikea, which gives lots of responsibility to individuals,' says Wright.

The culture of the business is the subject of close scrutiny by outside observers, with the perceived lack of openness only adding to the mystique of the organisation's inner machinations.

Wright accepts IKEA has 'traditionally been quite inward-looking' but believes his appointment - he took over from Anna Crona, who had been with the company for 25 years - is a sign that things are changing.

'I don't think anyone has deliberately tried to be secretive,' he says. 'We think we are open and transparent in everything we do.'

Wright argues that these allegations of 'secrecy' are a hangover from the 'City side of things' that arise because the private company does not have the same obligations as a plc.

Such perceptions serve only to fuel controversial stories when they erupt. Recent headline-grabbing stories include the editing-out of images of women from a Saudi Arabia IKEA catalogue, a bribery trial in Russia and even a criminal probe into allegations of managers spying on staff and customers in France.

'My personal view is I hope none of those things stick,' says Wright. 'I don't think we put profit over social responsibility.'

Wright cites IKEA's relationship with its workers and suppliers and its sustainability efforts as proof that the brand's moral compass is intact. For example, the company claims to have been one of the first to set up a code of conduct for suppliers, which was drawn up in the 90s and designed to stop child labour in India.

Its sustainable initiatives, meanwhile, include sourcing 100% renewable electricity in the UK, and its community scheme includes partnerships with Unicef, Save the Children, WWF and the Woodland Trust. It says it has donated £1.85m to the latter since November 2007, making it the conservation charity's second-biggest supporter after Sainsbury's.

'There will always be isolated examples (of controversies), but you are talking about an enormous company where 99.99% of it isn't newsworthy because there is nothing to talk about,' argues Wright.

However, IKEA founder Ingvar Kamprad's 'Testament of a furniture dealer' document, which he compiled in 1976 to serve as a set of guiding principles, only reinforces the retailer's cult-like image. Point nine of the ideology, which hangs in the Ikea headquarters in Helsingborg, is: 'Most things still remain to be done. A glorious future!'

This motivational message underpins the philosophy of IKEA, which is focused on delivering a culture shift. It will launch a brand campaign next week as part of an attempt to create behavioural change with regard to how people approach their home life in Britain (see 'The Campaign' below).

'The idea is that, no matter what size of space you have or whatever your situation is, you can always find solutions that allow you to live how you want to live,' says Wright.

Creative will shift from the brand's focus on specific rooms in the house to activities, with the first phase centring on entertaining during the winter period.

Mother created the campaign, which involves a 'step change in investment', while fitting IKEA's 'twinkle in the eye' tone.

'I'm fed up being depressed because of the recession, so (our activity is going) to be more upbeat,' says Wright. 'I can't tell anyone how to behave, I can simply suggest you could make space for your life.'

The focus on these channels is a pragmatic decision: Wright will put resources behind social media only if he is convinced Ikea can 'deal with it in a good way' without neglecting overall customer service.

'You have to be clear which media you are going to respond to and deal with and which to ignore for the moment,' he says.

This bold strategy, which chooses to ignore Twitter at a time when most brands are scurrying to embrace it, can be explained by reassurances from the IKEA board - it accepts that the overhaul of the brand in the UK 'may not be right first time'.

With this support, Wright has put in place a three-year transformation agenda to completely revamp the brand. If it fails to bear fruit? Well, this is a company that often chooses to play the long game. As Kamprad put it: 'Most things still remain to be done.'

Figures for UK only 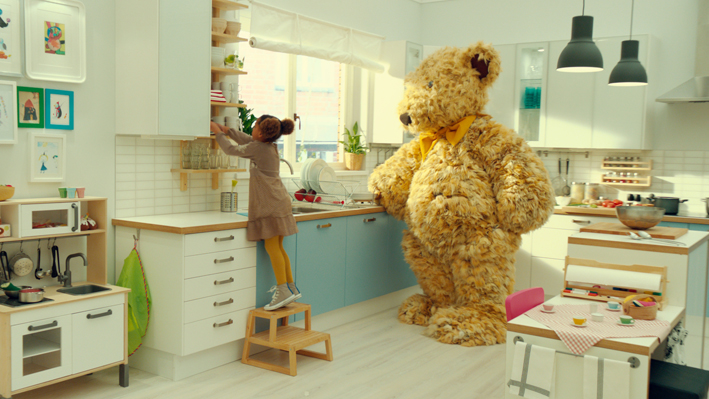 IKEA's latest brand campaign, which kicks off on Saturday (20 October), looks set to rival John Lewis in the schmaltz stakes.

The creative is shot in the style of a music video, as if viewed through the eyes of a little girl, with a soundtrack by an as-yet-unnamed, up-and-coming artist.

In the ad, the girl's parents invite friends round for the evening. The execution also includes a creative twist, which was still under wraps as Marketing went to press.

Mother created the campaign, which will be followed by further activity in the spring and summer.

The former will focus on spring cleaning, while the summer ad will centre on outdoor living. 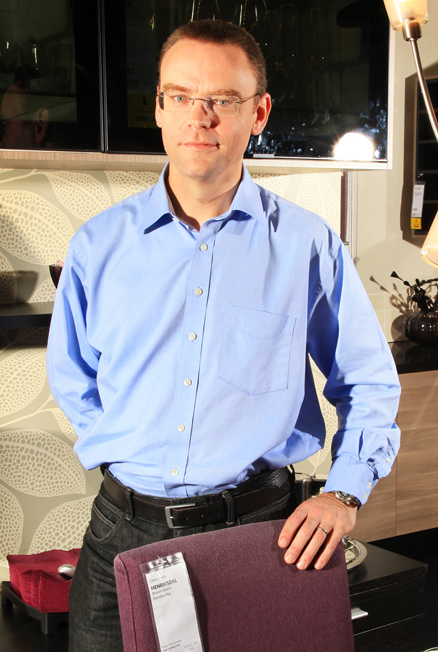 Lives: With wife and two daughters in Derbyshire at weekends and Hendon during the week.

On leaving Thorntons: 'I think my daughters preferred it when I worked for a chocolate factory.'

Hobbies: Skiing and gardening - he is a trained landscape gardener.

Favourite brand: Morgan Motors, because it has 'such strong values and stood the test of time'.

Ikea focuses on outdoor range with battle against gnome army

P&G wins out against Lil-Lets in tampon ad row