Ikea has just closed the doors on The Dining Club, an experiential pop-up that was created to speak to people about the reality of their lives, according to UK marketing manager Laurent Tiersen.

The "DIY restaurant" offered lucky applicants the chance to cook a breakfast, lunch or dinner for up to 20 friends in the homely, kitchen-style environment of the venue in Shoreditch, with all ingredients and equipment provided, along with the assistance of a sous chef and maître d'.

The experience, running for only 16 days, attracted 3,800 requests for a slot – a number that may have been far higher if applicants were not asked to answer tricky questions, like who they would invite to their ideal dinner party, and why.

Tiersen says the idea for the pop-up came from insights Ikea gained by asking British consumers about their lives and homes.

"When we planned this campaign, we also visited hundreds of homes across the country and looked at the way people lived," he says. "And we found out that a lot of people are so time poor that in reality the time and importance allocated to cooking is sacrificed.

"For instance, we used to dedicate one hour [on average] to cooking dinner in the early 80s, and now we only spend half an hour. In our point of view we believe cooking and eating together is good for socialising. It can be fun, easy, and affordable." 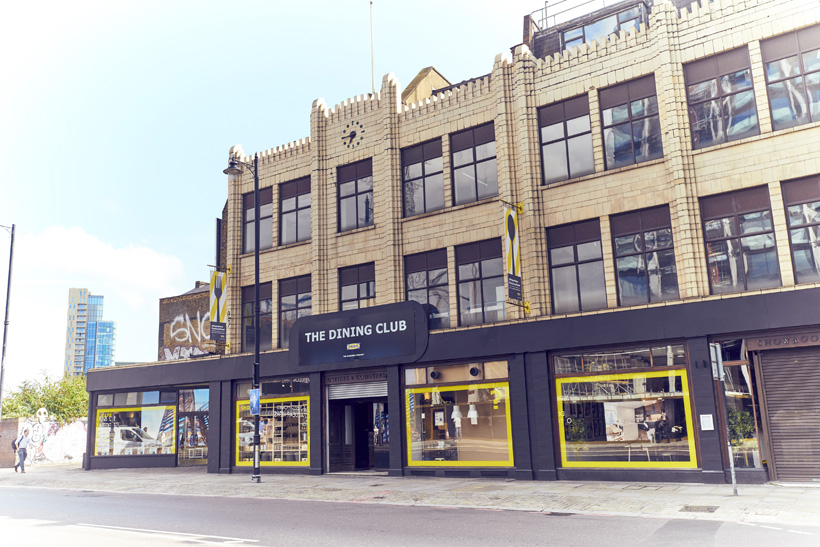 No time to cook

As a retailer of kitchen fittings and equipment, it might seem that Ikea stands to gain by encouraging people to spend more time in their kitchens.

But Tiersen says Ikea’s message is not about trying to shape consumer behaviour, but identifying aspects of people’s lives they are not entirely happy with and that Ikea is well placed to talk about.

"Our role as a brand is not to be autocratic, it’s to listen to people," he says. "The point of view we came up with is based on talking to people about what they would like to see more of."

From the brand’s consumer research, it identified that UK consumers often felt under pressure because of their busy lives.

"In the UK we’ve observed the population and the main obstacle is not that we give ourselves high expectations, but that we are time poor," says Tiersen, comparing the UK context to Ikea’s home nation of Sweden, where he says time constraints a less of a source of anxiety than the strive for perfection.

That phenomenon was referenced in a recent ad from Sweden that imagined the phenomenon of Instagramming food, relocated to eighteenth century France.

Be where the consumer is

The desire to understand and respond to how its customers live their lives is not just shaping Ikea’s marketing, but it’s retail strategy too. Historically known for its vast out of town warehouse stores, the brand has recently been opening small-format stores, used for placing and collecting orders, which are located in more obviously convenient places.

The first two of these were in retail parks, but over the summer Ikea opened outlets in Birmingham city centre and Westfield Stratford, with more to follow. Tiersen says the new openings come from Ikea’s "ambition to be closer to the people".

"We want to help people choose the way they want to shop," he says. "We have an offer online, in our traditional stores, and in these new formats where we can engage in a more personal way.

"When you want to plan an important purchase, you might be going several times to the Ikea store. This provides for a smoother, quieter experience."

He adds that it is continually looking for ways to improve the experience in its traditional stores, because it is no longer enough to offer a product that people want at an acceptable price.

"People are paying more attention to the experience," he explains. "What they remember is more that than the price itself. The product is part of the experience, but the relationship plays a more important part than it did before."

Ikea's advertising is so special, it makes even flatpack furniture appealing

Vizeum to retain Ikea in UK