Only a few years ago, Droga5 London was a non-starter. After launching in 2013 and failing to match the calibre of its New York headquarters, founder David Droga declared the outpost "needed to operate in a different way".

By early 2016, a new management team was in place: chief executive Bill Scott, chief creative officer David Kolbusz and chief strategy officer Dylan Williams. The pressure was on for the trio to turn the shop around, but the backdrop could not have been more bleak. After the UK voted to leave the European Union, economic growth slowed, squeezing prospects in the advertising industry as well. This climate made it an even more difficult time to be an independent business.

Despite these challenges, Droga5 London has more than fulfilled its ambition, becoming one of the hottest agencies on the UK ad scene.

Where Droga5 London really shines is in the work. Kolbusz is a bold, eccentric creative leader who is not afraid to push boundaries, and this attitude trickles down to his team. Take its ad for genealogy company Ancestry (pictured, above), a Brexit-themed musical released as Prime Minister Theresa May struggled to reach an exit agreement with the European Commission. The film featured a cast of European characters, including a German butcher and an Italian grandmother, serenading British people with Rick Astley’s 1987 hit Together Forever.

For retail brand Uniqlo, the agency enlisted singer-songwriter and artist Solange Knowles Ferguson to direct a modern dance performance exploring the theme of creation. The work premiered at the Hammer Museum in Los Angeles, along with a sculpture called Metatron’s Cube that served as the film’s centrepiece.

Droga5 London has built a quirky brand, but over the past year it has shown it can also create populist stories. The best example of this is a series of ads for Amazon Prime Video. The video-streaming platform’s biggest brand campaign followed protagonists whose lives were transformed for the better by TV binges, such as a couple who rekindle their passion while watching the romantic show Outlander.

The work caught the attention of management at the tech giant’s Seattle HQ and has the potential to build into along-running creative platform.

There were other gems in the form of Bulk Powders’ tongue-in-cheek ads starring Anthony Joshua, Tom Daley and Lucy Watson, which picked up a Cannes bronze Lion. The agency created the visual identity and launch campaign for Coal Drops Yard (pictured, below), a beautiful piece of design that featured the work of 20 different artists, illustrators and photographers. 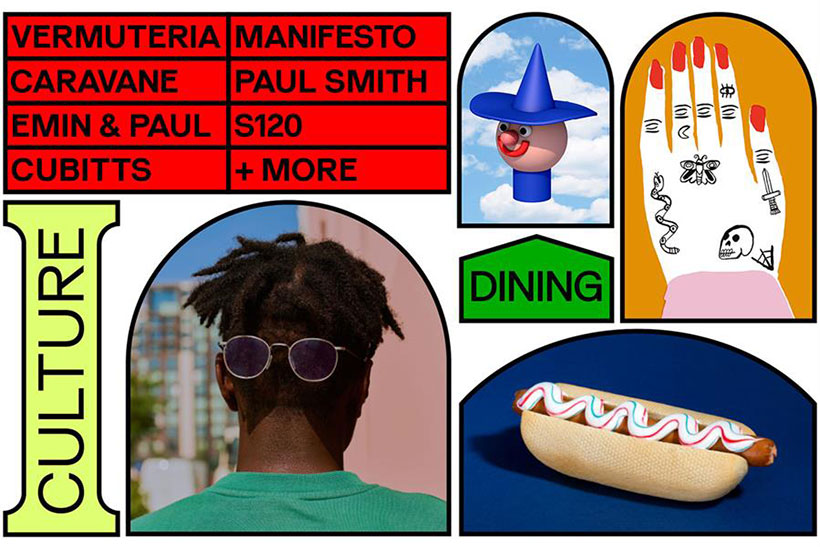 And it transformed the House of Peroni from a pop-up bar into a fashion incubator, which unveiled its collections during London Fashion Week in February 2019.

Droga5 London’s once empty trophy cabinet now holds 54 prizes. While industry leaders expound on how work should not be done only for awards, the agency’s accolades are a key sign of its business transformation. Its output has started to trigger envy from other advertising leaders and attract talent who want to work in a place that clearly prioritises creativity.

The shop boasts a stable leadership team and 92% staff-retention rate, including home-grown talent such as Charlene Chandrasekaran and Dan Morris, both recently promoted to creative directors.

On the work front, its success looks likely to continue this year as the agency has already unveiled its debut campaign for Barclaycard (pictured, above), which champions real businesses, starting with crystal healers in Kettering, and is preparing to launch Mini Electric’s first vehicle in 2020.

As Brexit looms and the ad market feels the heat, Droga5 London is a cheering success story. Of course, as 2018 showed, an agency’s fortunes can always reverse quickly. But, more than ever, the UK needs more shops like this, which champion creativity with a fierce, independent spirit.

Cult was started in 2012 by serial entrepreneurs Cat Turner and Bridey Lipscombe, with a focus on social creative, but it has since evolved to keep pace with the shifting digital landscape. Its services have expanded into strategic consultancy, emerging tech innovation and production, and in 2018 it won new business from Amazon Fashion, Netflix, Dunhill, PepsiCo and NBC Universal. To meet these demands, the agency poached Digitas’ Matt Watson as executive creative director. It also grew the Cult family with a studio in Brooklyn, New York, and hired Ruben Musca, as head of production, and Karl Velasco, as group head of fashion and beauty. At the start of 2018, Cult launched a research and development arm called The Experiment to create products that integrate emerging technology with human need. The innovation lab produced Mindscape, an Amazon Alexa and Google Home voice app that offers support to people suffering from anxiety or panic attacks.

Creative agency Impero boasted 40% growth and a pitch win rate of more than 65% last year. In March, it beat Leo Burnett Madrid, Lola MullenLowe and Wieden & Kennedy Amsterdam to Beefeater Gin’s global creative account. Other notable wins included Kingston Technology, BBC Top Gear, Richmond Sausages, UGG and Havana Club Rum. For Beefeater (pictured, above), Impero set out to return the brand to its "gritty" London roots and relaunched it with an urban, youthful design and an outdoor and digital campaign. A nationwide tour with "do-gooder" celebrities for Richmond Sausages, an UGG influencer campaign to make autumn and winter cool, and a packaging overhaul and launch ads for protein brand Goodness Shakes rounded off the agency’s creative work. On the talent side, Impero claims it has 77% female staff and no gender pay gap.

Isobel is 15 years old but prides itself on its start-up feel. In 2018 it brought that independent streak to clients such as BrewDog, which spread an anti-advertising message and offered to buy a one-million pints round instead. The agency’s second campaign for the brand played on the slogans of historic mass-market beer advertising to get people to try IPA beer. Isobel’s first work for ice-cream brand Kelly’s of Cornwall (pictured, above) featured locals talking about their favourite flavours in their native Cornish tongue. On the new-business front, Isobel won 10 out of 13 pitches, including Buzz Bingo, Jet, Caffè Nero and the aforementioned BrewDog. The agency moved into pure-play social clients, in-house production and brand consultancy. Something must be working beyond its business, too, as it has an 88% talent retention rate. 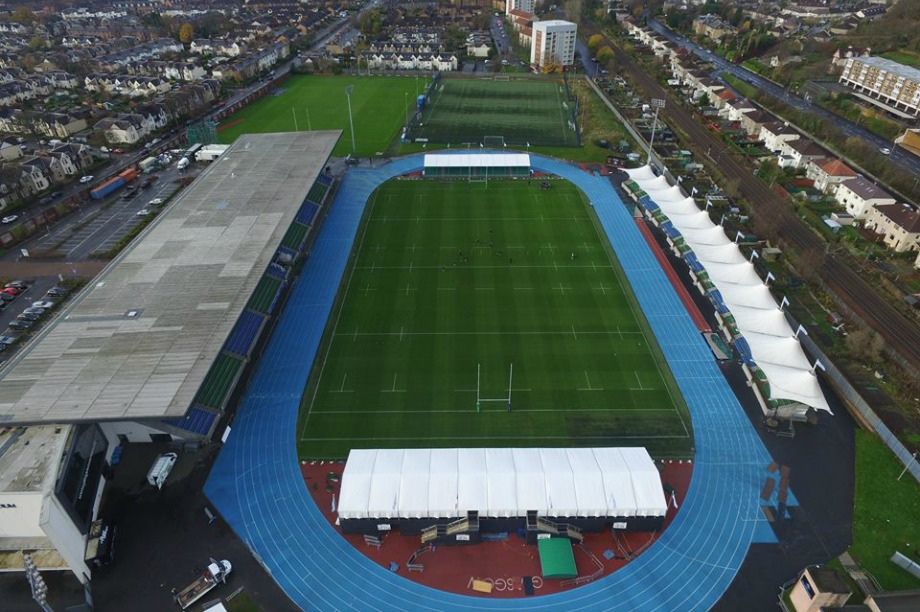 Republic of Media is a media planning and buying agency founded in 2012, with offices in Edinburgh and Manchester. 2018 brought great success: billings grew 43% to £95m, bringing it closer to its ambitious goal of being the largest independent agency in the UK by 2022; it is currently less than a third of the size of the market leader. The year started with winning Velux. It went on to scoop up Beaverbrooks Jewellers, Magners Cider, Rumchata, Ripe Insurance, Scottish Rugby, Rangers FC and Utilitywise. Seven of its 12 new client wins, which will yield £13m in 2019 billings, resulted from competitive pitches against major network agencies. For Republic of Media’s biggest and founder client, bet365, the agency helped widen its reach during a Fifa World Cup year and managed the brand’s broadcast sponsorships, including Premier League Football on Sky and BT Sport. Last year its work for the Scottish government (pictured, above) won prizes at the Campaign Media Awards, Marketing Society Star Awards and YouTube Works for Brands Awards. Republic of Media was also named in the London Stock Exchange 1000 Companies to Inspire Britain. 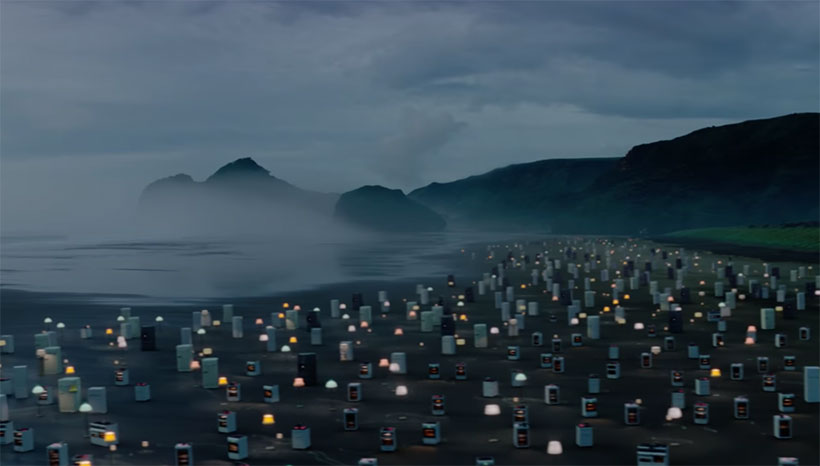 Uncommon marked its one-year anniversary in 2018. Started by ex-Grey London executives Natalie Graeme, Lucy Jameson and Nils Leonard, it vowed to be a new kind of creative business, and, so far, it has. In just a short span, it went from a team of three people and no clients, to 35 people with more than 15 clients and £5.8m in turnover. Uncommon’s clients now include ITV, YouTube and Ecover. After sprinting out of the starting blocks with a bold Ovo Energy campaign (pictured, above) giving the finger to climate-change deniers, the agency helped set up youth fashion brand Collusion for Asos; brought some zest to mortgage broker Habito; and shone a light on WWF’s fight for the environment. The energy is palpable. It is off to a flyer.

David Droga: this is not the 'doomsday' of advertising

Watch: Mother takes the Advertising Agency of the Year crown