In 2009, Pidilite Industries and Ogilvy & Mather got together to celebrate 50 years of adhesives brand Fevicol.

This culminated in a film entitled "Moochwali" (pictured above).

A young girl is performing a male role in a play, wearing a moustache stuck on with a dab of Fevicol. It never comes off. She grows with it, lives with it, dies with it. She is even reincarnated with it. What? Oh yes, and the nation of a billion-plus loved it. For here we were, attuned to an irreverent, smart and funny kind of advertising that one wouldn’t necessarily associate with a B2B (or business to trade, at best) advertising until two or three decades ago. It is what we today call "the Fevicol kind of advertising".

The brand’s film involving the overcrowded open bus is a pride of India.

The Fevicol-Ogilvy bond, which was forged in the 1970s, gained stature and was cemented when Piyush Pandey was moved from servicing to creative in 1989. The ad legend himself has said to Campaign India several times that an agency has to earn the trust a client bestows on it. He should know, having partnered Vodafone, Tata Sky and Mondel¯ez, among others. 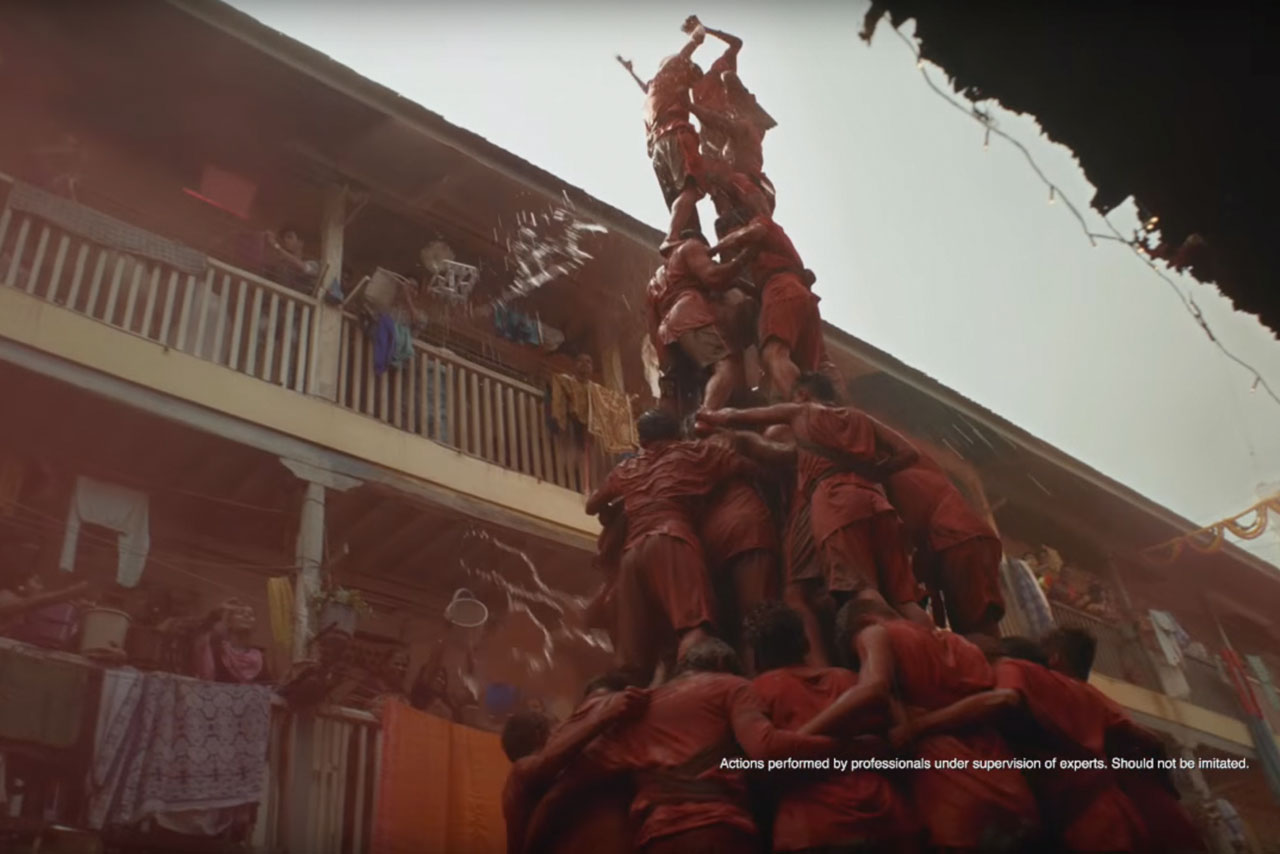 If Fevicol is able to pull off a Janmashtami Dahi Handi celebration with aplomb in 2016 (pictured, below), it is because it came up with an unbreakable egg, the result of a hen’s eating Fevicol inadvertently, in an ad more than two decades ago.

There are categories that are challenging and those that are more challenging. This was among the latter. And Pandey delivered, thereby also earning the trust of the brand-owners. It has been a win-win bond.