EasyJet's change of marketing strategy in October last year appears to be paying off judging by its recent financial results, which show a 12% boost in revenue per seat. Three experts offer their thoughts on its repositioning in a tough economic climate.

The £50m pan-European campaign they invested in featured the lines 'Where are you going?' and 'Europe by easyJet' and was intended to make a connection between the airline and the pleasure of travelling, whether for family holidays, business or with friends.

Not everyone loved it. 'Complete and utter rubbish - that's not an ad, it's a mood video' was the somewhat unkind verdict one commenter left on our story before the launch of the TV ad.

However, an indication the repositioning is having a positive impact came last week with financial results for the six-month period from October 2011 - when the campaign started - to 31 March 2012.

It attracted more passengers - ferrying 25.2 million, which was up from 23.9 million and 21.5 million in the corresponding periods.

It made a pre-tax loss, typical of the industry in the winter period, but reduced it from £153m to £112m despite an 87% increase in fuel costs.

The airline attributed the increase in revenue per seat to the campaign as well as other factors such as tighter market capacity, improvements in its revenue management and website initiatives.

In our recent interview with McCall and Duffy, she made two interesting statements about what the company wants to say and how it is perceived.

The first was: 'We'll never move away from price – it is the cornerstone of what we do. But now we communicate destination and service.'

For a more neutral perspective on the brand's progress and the environment it is operating in, we talked to three experts. 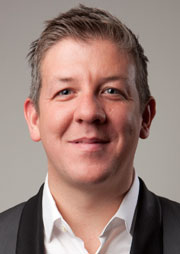 Easyjet has upgraded itself. By offering consumers value-added choices that help you to enhance an already good service, they've elevated themselves above the increasingly low-end Ryanair and increased their revenue per seat accordingly. The advertising campaign is the natural complement to this: big-hearted, emotional and brand-led.

I imagine easyjet's brand perception has been good for some time, most obviously because their nearest competitor's is poor. I wouldn't expect the advertising campaign to change that perception - rather, its job seems to be to protect and reinforce it.

As consumers increasingly look to easyjet as a smart, warm brand that helps them explore Europe their advertising needs to follow suit, focusing less on the price messages, which people know, and building emotional connection.

It feels like they're onto a winning formula. However, it seems like the next phase of their advertising is to embrace consumer generated content and this will be a test: you really need to engage people in order to get them to participate. If they can achieve this, consumers will determine where the campaign travels to next - which is quite fitting. 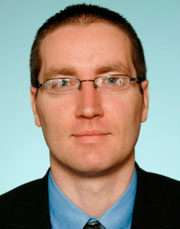 EasyJet has been separating itself out from the concept of the ultra low-cost frills side of the market for a while – not too long ago everyone lumped easyJet and Ryanair together, but gradually the villain of the piece has become Ryanair.

As consumers begin to regard flights as a way to get to their holiday as opposed to being a part of their holiday, gradually they begin to expect flights to adhere to the low-cost model, seeing it as a baseline to build from.

The overseas holiday market has been falling since abut 2009. It peaked in 2008 with 45.5m holidays taken abroad by UK residents, but by 2011 that had fallen to 36.3m. The main drop came in 2009 from the ash cloud crisis and the snow closures, but the continued drop in 2011 is particularly bad as there was no ash-cloud equivalent that year.

Up until last year holidays taken in Europe were declining, but the Arab Spring and rises in Air Passenger Duty (APD) have affected trips to high-end global destinations.

Low-cost airlines such as easyJet haven’t been immune to the affects of fuel surcharges and APD on the industry, but they are still starting from a lower cost base, which means their tickets still look cheap to the consumer.

As the Government appears to not be budging on the increases of APD, the shift to European holidays looks set to continue, benefiting carriers such as easyJet, making it harder for brands to convince consumers to use full-service airlines when people are perfectly happy with low-cost. 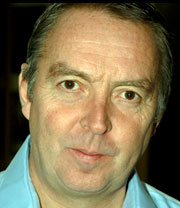 EasyJet’s campaign has paid off and will help to reposition the airline - as an agency of one of the competitors [Flybe] we would look at those ads and say it's good work.

EasyJet has had a new chief executive in the past 18 months and McCall is clearly having an impact: what easyJet has done is to clearly bring quality to its product while price has taken a back seat in the TV ads.

As the airline is moves further towards the middle ground, quality becomes a bigger issue, which is very much what Flybe is paying attention to by pushing the transparency of its pricing, and I would be interested to see what easyJet will do in that direction.

As with all campaigns, I predict this one will evolve and the current strategy will see easyJet continue to do well – there should be no radical changes as what has been produced seems pretty solid.

easyJet, Ryanair and BA: stay bold and edgy in the muddy waters of airline identities