Integration is more than what you're saying or even how you're saying it - it's about asking 'why'. All brand activity should be dictated by this.

Let's start with this. Not a spoiler, but a reckoning from the IPA: integration born of an above-the-line strategy works. Especially when you want to acquire new customers.

Orchestration of messaging according to a definition of brand works. Especially when you want to retain existing customers.

Participative-led orchestration around a debate cuts the mustard far less, and then only when you're an institution with an agenda - ideally a life saving one. Remember Wispa?

In fact, not integrating at all works too, especially when you're looking to deliver a reduction in price-sensitivity.

This is essentially what Datamine 3 - New Models Of Marketing Effectiveness: From Integration To Orchestration concluded in its extensive analysis of the IPA's Databank. Given this is IPA editorial, "works" means hard business metrics. Profit. It's difficult to add to such extensive research. And I wish sincerely that every single client I've ever had, or will have, will read it from cover to cover.

The problem is they won't.

So that means it's down to you and me. And, because you're reading "me", I'd like to throw in my penny; a penny that, if you let it, will generate a pound. More than, in some instances.

What does integration really mean?

In 2011, when we sit down and plan a campaign, we shouldn't be looking to just integrate or orchestrate a message. Instead, we should look to ingratiate a behaviour - an approach that, ideally, has sufficient flex and reach to turn both brand and audiences on.

At Elvis, we play lead and secondary fiddle in equal measure. We paste TV assets to shop windows (T-Mobile). We post brand definition on digital domain (Honda). We lead brand promise, too (Virgin Holidays and Virgin Trains). Ultimately, we like to think we have a handle on this integration game.

We know, for instance, that when clients ask to "integrate" their message, their instruction isn't just born of commercial imperative (share gain or retention, for example). As often, it's born of political or assumptive conceit. "I'm important in my business and the buggers on my board will listen to me" (I kid you not) through to "we have to get the wankers on the streets to notice us" (I kid you not, twice). In such instance, we work hard to deliver. We collaborate - an underestimated value in the quest to integrate.

The importance of 'why'

In planning nirvana - where purity is permitted - we strive to lift our client's eyes aloft; to see there's a perspective a brand should acquire before it tries to weave its message through media.

And that's to ask "why". As our creative director often tells me: "The best question on any brief."

So it shouldn't just be a "why" that answers with "business growth". Instead, it should answer on the basis of a purpose. Get the purpose right, and the brand message will travel in salient fashion. Think Apple's "creativity". Think Pixar's "story telling". Think Waitrose's "stirring up the nation's passion to cook". Get "why-behaviours" to travel aptly and profit may just follow, as has been highlighted by Tim Jackson in Prosperity Without Growth and counselled too by Procter & Gamble, as well as Edelman in its 2011 Trust Barometer. 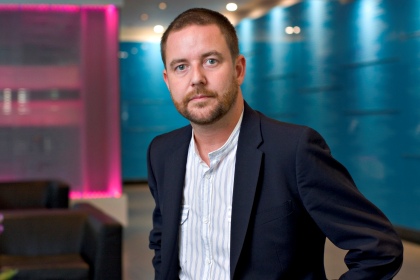 The right expression of "why" will preclude the brand bureaucrats from screaming "it's not on-brand" (don't you love that?). The right expression will offset such a shout because ingratiating "why-behaviour" will ooze authority. And the consequent connection will be measurable, too.

"Renegade" allowed this author to sanction very different expressions of Kerrang! for breakfast time radio (Oasis) versus the private confines of print and ink editorial (Slayer). "Freedom" allowed a broadcast denigration of car-drivers for Virgin Trains in our "don't go zombie" campaign, as well as an online invitation to purchase cheaper travel tickets in "beat the system". "Mojo" substantiates "rockstar service" for Virgin Holidays: a business capable of eliciting your holiday mojo earlier and holding it for longer. All of which have proven profitable in terms of ROMI - in the case of "zombies", the most profitable campaign Virgin Trains has ever invested in.

This need for "why" takes issue with a particular IPA assumption, however. That the less engaged you are with a brand or category, the less willing you are to spend time with it. We worry that this may invite an abuse of practice from the brand bureaucrats. In particular, it will permit commoditised categories to transmit violent shades of fuchsia or taupe across every channel because they perceive their promise to be dull. Hammering the message home via a relentless message is the only way to succeed.

Dull needn't be dull, though. Far from it. As British Gas has shown most clearly this summer with its pop-up swimming pools, even utility provision can look to activate around a higher-order communal benefit. We see this activity as ingratiating, not integrated. Real. Not orchestrated.

Turning your brand's "why" on is easier said than done. It takes a strong client to ask for it and it takes an entrepreneurial agency to gild its lily. Inevitably, it's easier to think "why" for content - as shown by the trans-media launch for the movie Limitless - than it is for an intangible mobile phone network. But this shouldn't preclude. It simply means a little longer thought. And patience.

Once nailed, what's the second question to ask? Well, don't ask "how should I patch this message together?" Instead, ask: "How will this mission emerge and engage given its target audience?"

Such sensitivity will bode well in traditional media and message planning, but in blossoming territory too, such as shopper marketing. That space where brands have to think in multiple mindset terms: consumers as well as shoppers; shoppers as well as retailers.

Every attempt to ingratiate should start with "why". Get it right, and an erstwhile acquaintance may become a much-needed friend in these depressed times.

Carl Ratcliff is the executive planning director at Elvis