The installation, in place yesterday (27 April) at the London landmark, was part of the launch of Innocent's "Big rewild" campaign under which the brand will help to create and protect natural spaces by planting meadows, fruit orchards and preserving global forests.

Frank devised the activation following a poll of 2,000 adults, which  revealed that 43% were unaware of rewilding and what it is.

A team of gardeners and horticulturists turned the 30 metre by 20 metre space into a green paradise with a replica lion statue covered in live foliage, turf and meadow. 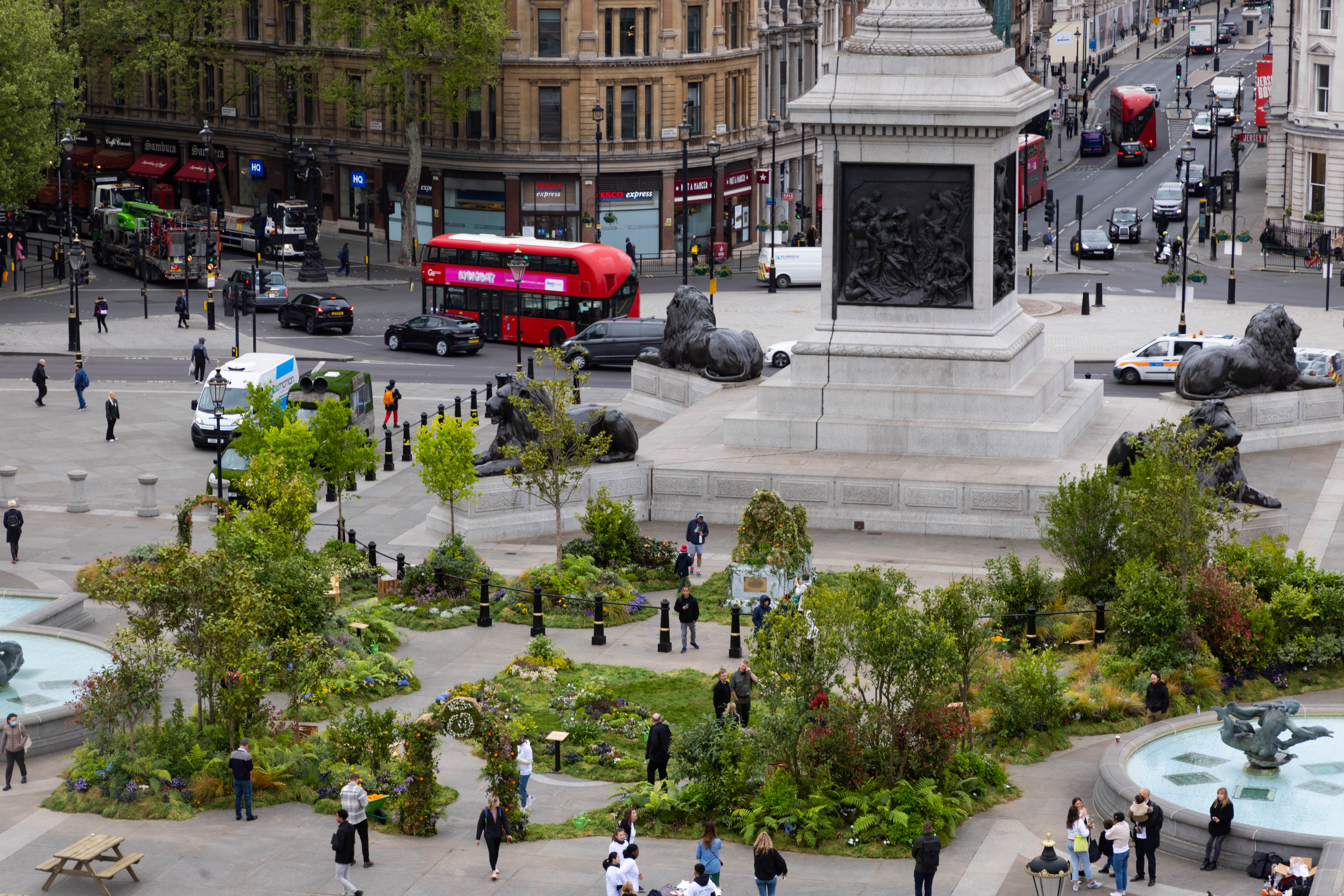 Three million seeds via plantable seed papers were handed out to help people start their rewilding journey and educate them on the importance of nature in tackling climate change, led by Innocent's UK partner the Orchard Project.

Visitors to the site were invited to pick up and rehome one of the plants at the makeover helping to create further pockets of nature across London.

There was also the chance to sample the brand’s new, carbon-neutral orange juice.

Sam Akinluyi, managing director at Innocent Drinks, said: "Our 'Big rewild' campaign aims to show how we can use the power of nature for positive impact; all while making urban communities and the planet healthier places to be.

"The installation marks the announcement of our pledge to help combat climate change. From making our orange juice fully carbon neutral, to rewilding two million hectares of land by 2025 and growing and protecting 300 orchards around the UK."

The multiplatform campaign included digital, social and influencer activity. Innocent worked with celebrity wildlife expert Ray Mears, who appeared at the activation and will feature in a rewilding mockumentary to be released in the coming weeks.

Bianca Lee-Chang, managing partner at Frank, added: "Frank devised and delivered yesterday's stunt to help cement this important new phase of Innocent's sustainability journey. The 'Big rewild' needed a big, bold statement to match the size of Innocent's pledge and commitment, which is why we came up with such an epic moment for Londoners and the UK to enjoy and learn from. Twenty-four hours later and it has already delivered over 80 pieces of coverage, including 12 TV broadcast pieces, endless social mentions and, most importantly, thousands of people came down to experience it for themselves."

Innocent's partnership with Orchard Project will also include a series of educational events focused on rewilding that will be hosted throughout the UK over the next eight weeks.