Dan Germain, group head of brand and creative at Innocent Drinks, takes Marketing through the thinking behind the brand's new marketing campaign, in a very Innocent way.

I’ve worked at innocent since we started selling smoothies almost 15 years ago. And I like most of the stuff we’ve done. We’ve made great drinks, written good copy, told interesting stories and put on some fine festivals. In that time, we’ve also made some ads. Stuff for the telly, for billboards, mostly featuring big piles of fruit, and the odd chicken.

And I think we’ve done a good enough job of telling people what we do: we make smoothies (and now juice). We crush fruit, we put it in a bottle, we sell it in shops and it’s good for you.

The very first TV ad we made was done in Gunnersbury Park – me, my friend Ed Gill and a bloke called Henry (I think). It cost about £500, we finished editing it in Ed’s flat on a Sunday night, I did the voice over and some sound effects using a children’s xylophone (Ed did the ‘pop’ FX by flicking his cheek with his finger) and it was on telly a couple of days later.

It cost about £500, we finished editing it in Ed’s flat on a Sunday night, I did the voice over and some sound effects using a children’s xylophone.

We continued in that vein for a few years, each time finding a different way to tell people about our products, but rarely deviating from the bottle/fruit/park format. I’m very proud of those ads (indeed, we’re still using versions of them in Europe as we launch in new places).

We did them because we just wanted to keep telling people what our stuff was. We were building a category, justifying the fact that there was now this bit in the chilled aisle of supermarkets marked ‘smoothies’. We had to somehow keep people coming back there, so we kept telling them why, with umpteen product-led messages.

But all the time we knew there were so many other great stories inside our business that we could share. The extreme lengths that our sourcing team go to find the best fruit; our commitment to finding the most sustainable packaging; the fact that we give away 10% of profits to people who need it more than us. All of this stuff felt like it was worth telling people. However, we didn’t want people to buy our drinks because they thought it was a worthy thing to do. We still wanted them to be bought because they taste frickin’ delicious (which they do) and because they’re good for you (which they are).

And so to today, we’re launching a decent sized campaign talking about some of these other stories. Specifically, it talks about the ‘Chain of Good’ that begins whenever you drink one of our smoothies. We’ve all done the funny lunchtime dance, hovering in front of a chiller in a cafe wondering which drink to choose to go with your cheese sandwich. That’s where this story starts.

It very quickly moves to Uganda, and also Peru: two of the places where our innocent foundation www.innocentfoundation.org supports projects that enable people to have a self-sustaining future. We follow a couple of great stories, filming the actual people who have been helped with money that is generated with every purchase of a smoothie. It will sound syrupy to the ear, but I was lucky enough to go to Uganda and help with the filming, and I cried like a baby when I bore witness to the reception we got from a group of people whose lives have been changed by the projects we support.

As long as they keep enjoying the smoothies, we’ll keep channelling money to people who need it more than us.

And this is the deal – it’s not innocent that makes this process work. It’s not necessarily the NGOs and charities either. It’s the people who drink the drinks who keep it going. As long as they keep enjoying the smoothies, we’ll keep channelling money to people who need it more than us. It’s a pretty simple process, and it makes for a good story. I’d like to think that this decent little loop can keep looping long after I’ve stopped working here. It’s why our business feels right, and it’s why I hope it keeps working. 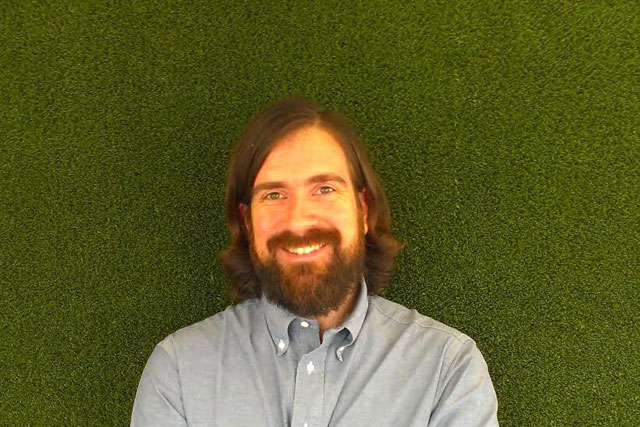 PS you should also look out for our ‘Chain of Not Good’. It’s what happens when you choose the wrong drink. Calamity ensues.

The campaign was created by 101.

Innocent focuses on emotion and charity in marketing overhaul

Innocent's Richard Reed: "If you have logic and reason on your side, keep going"

How Richard Reed brought art to the roadside masses