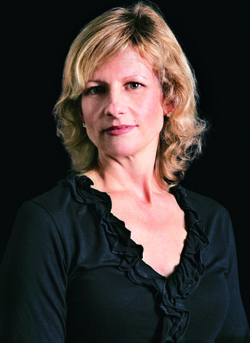 The democratisation and disintermedi­ation of media has brought about a level of interconnectedness that can make the world seem a more perilous place for brands, which now need to side-step clay-footedness at every turn.

We used to call it "integration", but, for a while now, this has no longer seemed to cover the breadth of the challenge. The world has moved on, and so have we.

In our newly named report, experts debate what this means for brands and agencies, how to tread nimbly and make the most of the power created by this never-more-interconnected world.

First, we’ve brought agencies together with marketers to interconnect over breakfast and debate. Our chosen brands: the analogue business Transport for London, the entirely digital Just Eat and the nexus that is LinkedIn.

Then we’ve burrowed into the marketing operations of companies with approaches to getting interconnected that would appear to reflect the three most popular ways of achieving it.

Katie Vanneck-Smith, News UK’s chief mark­eting officer, is the self-styled "headmistress" of Team News, a multidisciplinary unit geared to managing its integration, and of our feature, "The head­mistress, the centralist and the enabler". Andrew Warner at Expedia and Halifax’s Tim Male are exponents of the centralist approach. Elsewhere – at Heineken UK, for example – the creative agency is given a leading role among a cohort of other agencies working for the company, with the client, Sanjay Patel, acting as enabler. On a similar theme, Subway’s Manaaz Akhtar delegates the lead agency role according to the projects in hand.

It’s fascinating to see how the conversation has developed, even in the past two years. Where once it revolved around the mechanics of integrating the various elements within a communications strategy, it is now almost entirely nailed to the idea of inter­connecting to drive the overarching business vision.

Such a shift must surely help make the case for the role of marketing directors (and their supporting agencies) at the very top level of organisational hierarchies. Without ever losing sight, of course, of the magic they bring that management consultants do not: that of brand-building creative alchemy.

Interconnected: The headmistress, the centralist and the enabler There are many approaches to integrated marketing, but three key styles appear to be emerging.

Interconnected: Make the experience awesome "Interconnected" goes beyond integration to encompass the way in which consumers interact with the world; marketers and brands must expand their understanding to address this shift.

Interconnected: It's hot right now but it may not suit you Interconnectivity is not, and cannot be, an end in itself; connections aren't everything. It's what you connect, and the meaning of those connections, that really matter for your brand and consumers.

Interconnected: Cede control to connect with consumers Consumers want more than a product - they want an experience. And that means letting them play a meaningful role.

Interconnected: Interconnected by deeds not words Brands are under greater scrutiny than ever, but marketers should view this level of exposure as liberating - an opportunity to demonstrate the true character of their brands.

How agencies and clients can make interconnected work

Interconnected: The headmistress, the centralist and the enabler

Interconnected: A good time to catchup with your customers

Interconnected: The many faces of customer experience