With consumers making their own media choices, deserting the high street and finding out about brands on their own terms, agencies are wondering how to join up all the dots. Welcome to the interconnected world. By Stuart Derrick

After years of debating the issue, few in the agency world would argue that in-tegration was not "a good thing". The problems have always been how to achieve it and who should take the lead.

Now, with consumers increasingly at the centre of their own connected and interactive media landscape, the debate has moved on. Media consumption has splintered further and paths to purchase have taken new turns. At the same time, agencies and brands now have tools to map out this ecosystem and deliver ever-more targeted communications.

This evolution has given rise to the concept of ‘"interconnectedness". But is it just integration in new clothes or something fundamentally different? Campaign assembled a panel of experts to debate the issue.

What are we talking about with interconnectedness?

Integration is a way for an idea to work around people’s behaviour that doesn’t waste media by trying to play everywhere, according to Ben Mitchell, the planning partner at The Red Brick Road: "Interconnectedness relates to the nature of media, whereas integration is a way of coming up with ideas that work best, often through interconnected media." 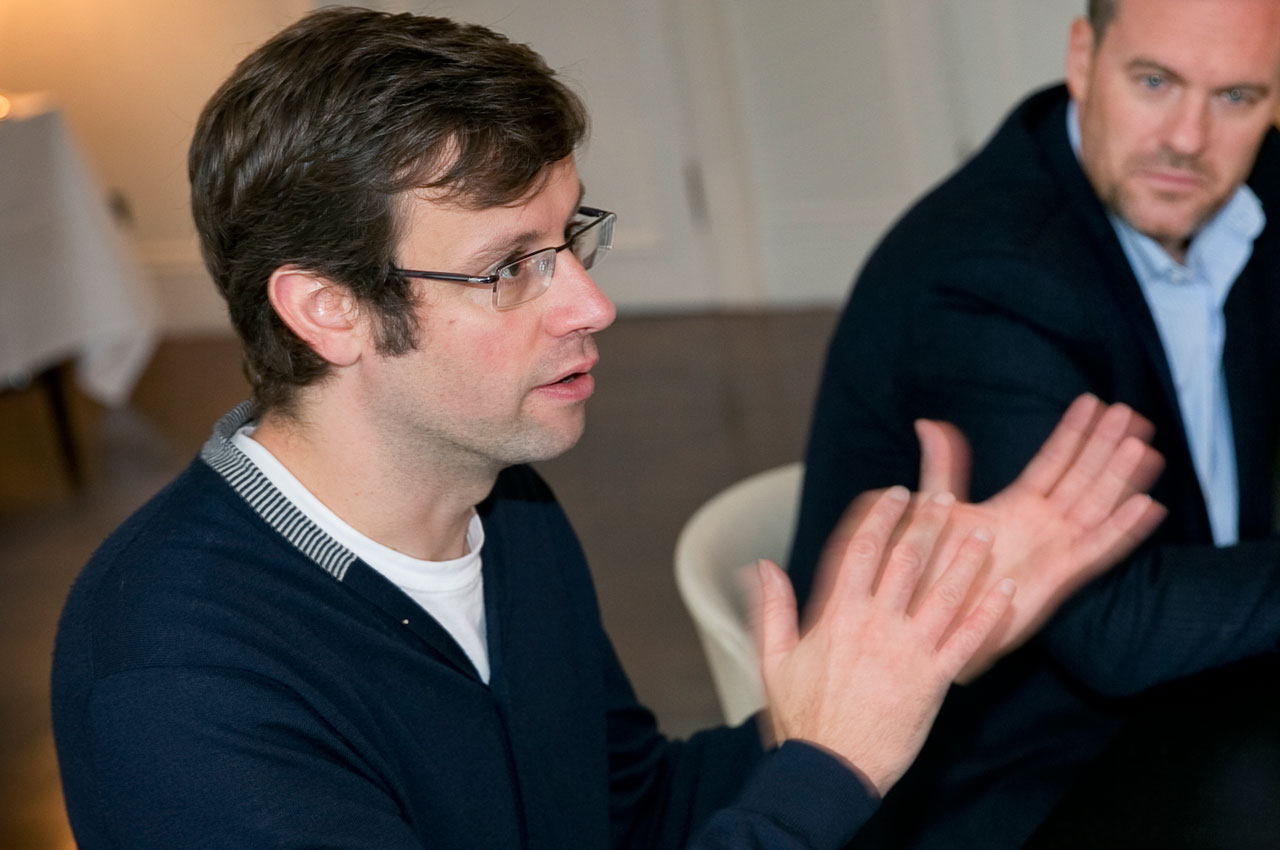 The interconnected consumer is now central to the argument and agencies have to be careful they do not force ideas into inappropriate channels, Richard Shotton, the head of insight at ZenithOptimedia, said.

Interconnectedness has moved the integration debate on from an old-school brand idea to more of a behavioural framework akin to Google’s Zero Moment of Truth and McKinsey & Company’s consumer decision journey model, James Devon, the planning director of MBA, said. "It allows us to look where people are searching and put content there," he added. "By connecting data systems and experiences, we can look at purchase journeys and ecosystems."

Stuart Smith, the vice-president, client service, UK and Ireland, at Mediaocean, said the phrase is commonly heard in technology circles. "It’s more of a two-way approach that involves listening to the customer. Connected systems enable agencies and brands to have data and make better decisions," he said. "There are good examples in production and media, such as sporting divisions where they have recognised there is a large engaged audience. Coca-Cola had a whole communication and talent management strategy for the World Cup using Pelé and Neymar to target different customer bases."

Technology, which used to be one of the areas where integration fell down, is now enabling interconnectedness, Smith said.

Despite the advent of smarter tools, the human character still intercedes when it comes to achieving interconnectedness, Mitchell said. He recalled a client who was looking for a launch idea that could play in an integrated fashion. In true democratic style, there was no lead agency, with the players left to determine the best approach. "After three months and 2,000 man-hours, not one idea was bought by the client because nobody was leading," he recalled.

By contrast, Mitchell said the campaign by the French supermarket chain Intermarché to sell imperfect produce that is usually rejected had a strong central idea that could travel: "‘Inglorious fruit and veg’ worked because it involved many different groups. Greens loved it, foodies loved it and the finance director loved it as traffic went up by 24 per cent. It was an interconnected idea that applied to lots of different areas."

It’s horses for courses, Devon said: "We do the B2B for O2 and work with VCCP to a traditional big-agency agenda. It’s about being grown up. Elsewhere, for clients such as Neilson Active Holidays and Everest, we provide an end-to-end story – ads, direct and the website – working hand-in-glove with the media agency." 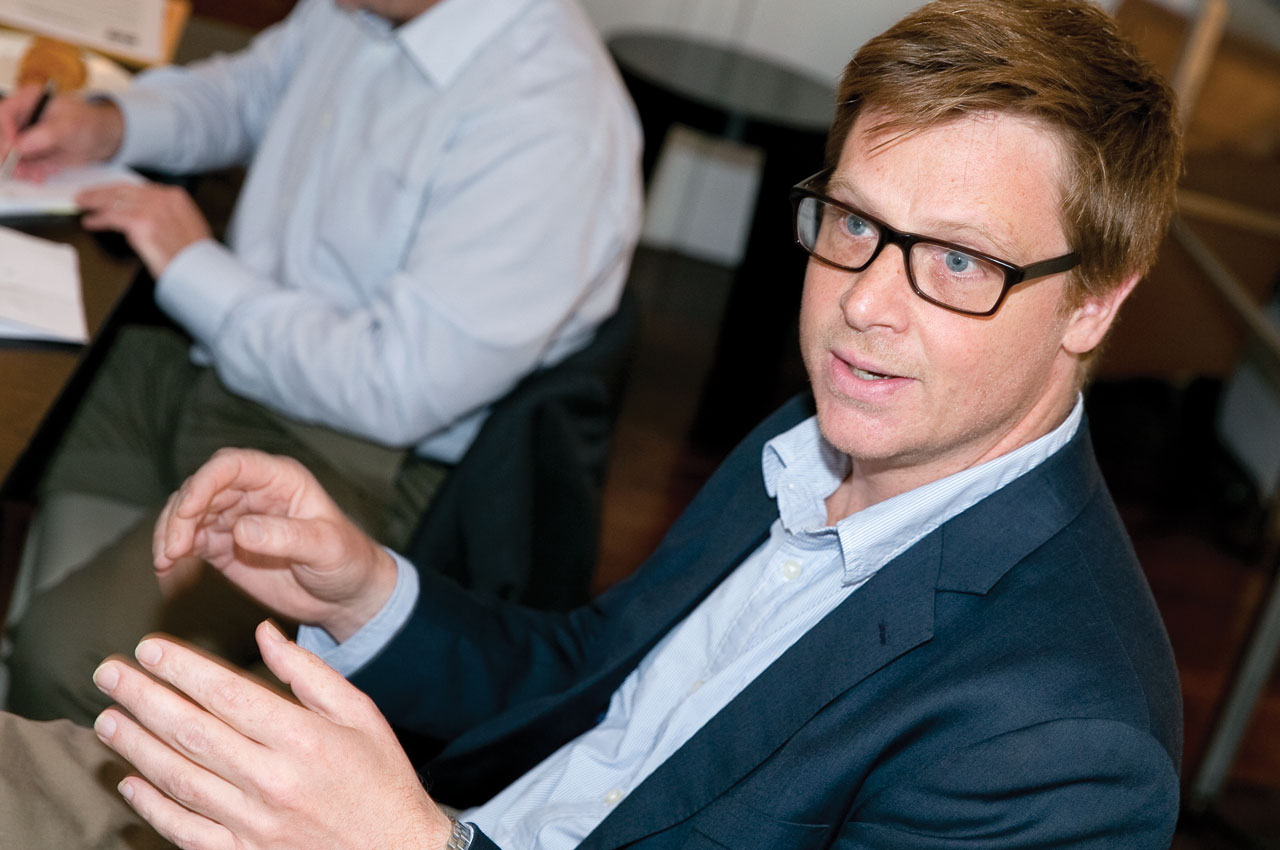 Different clients want different things. Everest is owned by a private-equity company that thrives on data and business intelligence. Providing this gives MBA almost real-time insights into how the business is performing and latitude to work out problems and fix them,such as changing the user experience, introducing a new offer or changing the TV ad.

Ultimately, somebody still needs to take ownership of the campaign, Mitchell said: "Some clients have a strategic view and may have worked with a brand consultancy, so they know what customers will gravitate towards. The majority that work with an agency expect it to take charge. It used to be the creative agency, although things have moved on. But somebody has to do it, otherwise it’s a free-for-all and nothing happens."

One challenge is that agencies now feel the need to demonstrate competence in an ever-wider set of skills to service clients. MBA now includes data, social and PR in its armoury. "Agencies are better at recognising an idea can go anywhere and have people to deliver it," Devon said. "There will always be specialisations and partners you need, but agencies have to understand everything."

However, the problem with everybody doing everything is that clients still want competition to bring them the best results, Smith said: "Our systems programmers thrive on competition, just like creative, and brands welcome different perspectives."

But Shotton said the power of competition is ever present for agencies: "You’re only ever a phone call away from being off the pitch. Having multiple media or creative agencies does not work. A large number of players leads to inactivity. If you have lots of agencies all earning a small amount for their slice, then their hearts aren’t really going to be in it."

Who is getting it right and why?

Defining what makes a successful connected campaign is difficult. Most great integrated ideas can be pulled back to a brief that combined boldness and vision, Mitchell said. "There are millions of great creative ideas lying on the agency floor. You need to be able to pull through on the brief and explain how it will work in all relevant areas. The Walkers ‘do us a flavour’ campaign is a great example."

Sometimes it can be about the size of the client team, according to Shotton: "If a small number of people make the key decisions, then things can happen more quickly. Comparethemarket.com is a huge brand, but it’s quite a small team driving it." 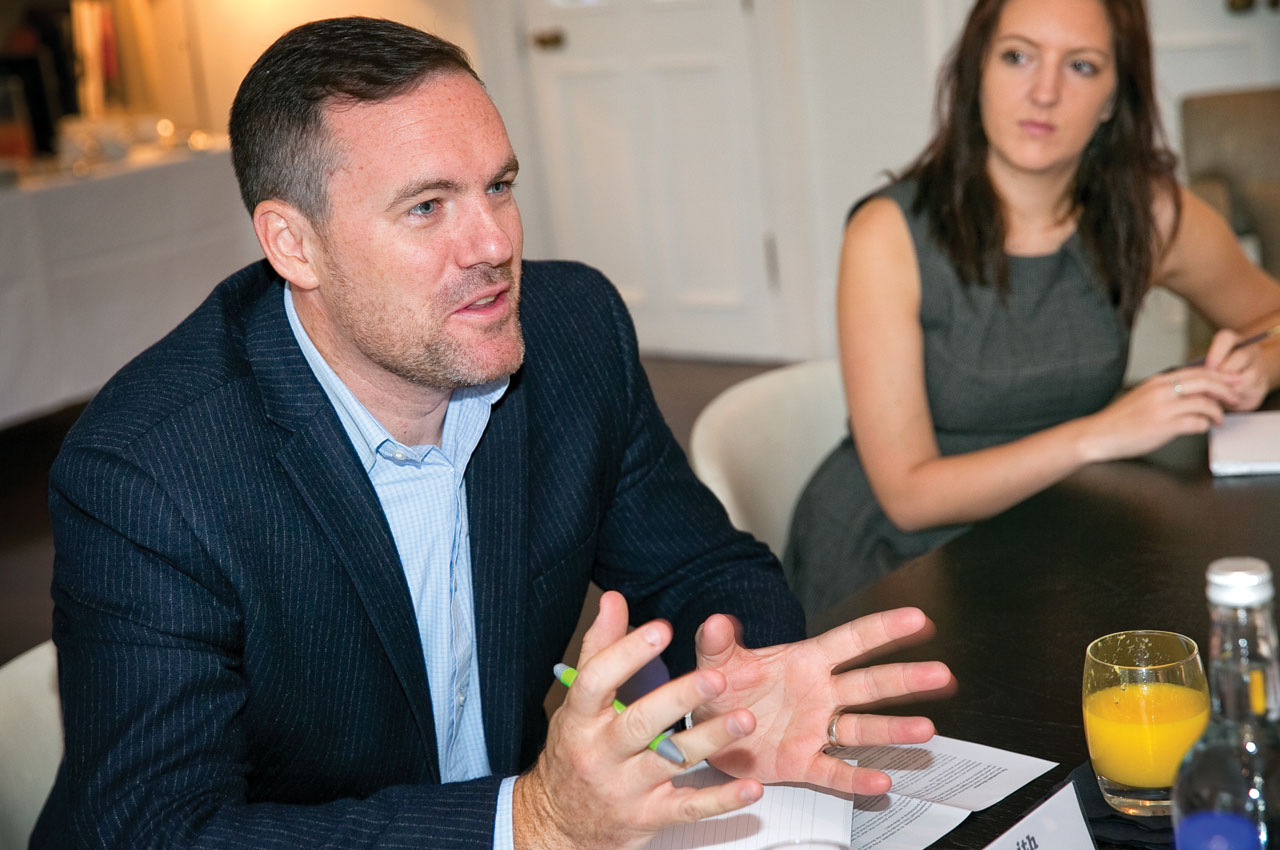 For Devon, Paddy Power’s "rainbow laces" is an inspirational campaign that pulled together disparate elements – creative, PR and football clubs – which could only have happened with a client’s driving force.

A client’s experience also comes into play, as it gets easier if you’ve done it before – and don’t forget their egos, Mitchell said. "Clients with an ambitious marketer looking to further their own careers can make things happen," he added.

Much is spoken of the importance of data and marketing science, but how do you leave room for the magic that is the best way of cutting through if everybody has the same set of tools?

Shotton said that there was little danger of identikit marketing as there are still too many variables in play: "Not everyone is looking at the same data; interpretation will come out in different ways and, of course, data tells you about a particular brand."

There’s also an element of luck that needs to be factored in. Everybody can see how great the meerkats have been for Comparethemarket.com, but it was a ballsy move at the time in the staid world of financial services.
Mitchell said you can mitigate risk by putting more money behind an idea – as a lot of average ideas are spent out of trouble – while Devon called for a broader definition of creativity. "There can be creative buying of AdWords. You need to look laterally at business solutions," he said.

What are the benefits of an interconnected approach?

Each discipline creates its own data and, if they are all learning from each other, then you have better customer insight, Shotton said. The big difference is in the type of data that is available, which is behavioural data rather than inferred behaviour: "We can see people’s motivations. There are so many opportunities and so much information. Knowing what terms people use to search allows brands to talk to people in their own language."

For agencies and clients drowning in jargon, this is not to be underestimated, Smith said. Marketers need to speak the same language as consumers because their technology choices are shaping the interconnected world. "I heard somebody the other day talk about ‘traditional digital’; and viewers don’t talk about ‘consuming linear TV’," Smith said.

Devon said agencies were called on to deliver commercially like never before and that interconnectedness was a way to do so: "It’s about effectiveness, efficiency, delivering business and driving value for stakeholders. You need to be structured in a commercial way to do this."

According to Smith, brands have to be interconnected because consumers are: "It’s a necessity. If you don’t do it, you will be left behind. But consumer adoption of technology is so fast that it’s proving hard to keep up."

Many platforms such as Snapchat and Instagram are now developing in beta and allowing for interpretation of usage. This approach of delivering a minimum viable product is forcing the pace of change, he added.

Devon pointed out that the writer Clay Shirky has said that technology is only interesting when it becomes culturally significant. It is up to agencies to understand when this has happened and how technology can be used by brands. "We do a digital conference for O2’s B2B customers. It’s not a selling exercise but has gravity and utility – that’s important to that audience," he said.

What is exciting about the interconnected future?

The overlap between communications and technology is an area that enthrals. Branded utilities such as Domino’s Pizza’s fridge magnet orderer and Fiat eco:Drive show how the line between the campaign and the product is blurring. 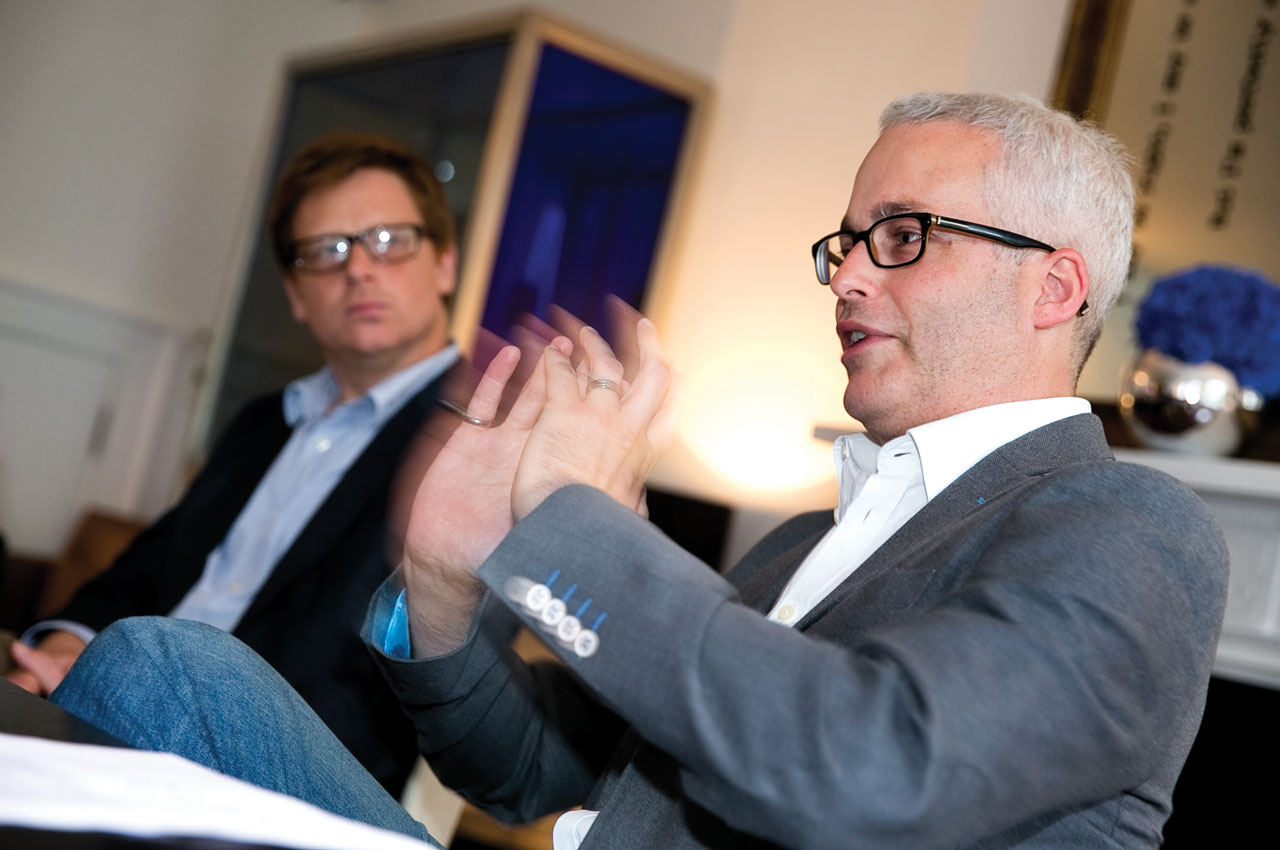 Mitchell predicted this area will continue to develop: "It can say more about the brand than traditional comms. Look at Unilever’s hands-free recipe app for Flora that allows you to swipe tablet pages without smearing it with your cook’s fingers."

Data is set to become even more crucial, Smith said, pointing to data/technology combinations such as British Airways’ "magic of flying" campaign: "You’ve got a company such as Sky that is a content provider and a tech provider. It has a huge user base and performance data. Imagine tying that up with Tesco Clubcard – it would lead to huge insights."

Shotton is also excited by interconnected data: "The consumer is leaving a trail that indicates their actual behaviour – it’s not claimed data, and that is so different. However, depending on how you use it, it could still confuse rather than produce clarity."

Indeed, the misapplication of data is the root of Tyler Vigen’s Spurious Correlations website, which challenges the notion that you can prove anything with statistics. The divorce rate in Maine may correlate with margarine consumption, but it doesn’t mean you can act on it.

Agencies and brands are going to have to accept that, in the future, they can no longer control the narrative. Devon pointed out how the cosmetics brand Feelunique.com found that the majority of its purchase advice came via YouTube, where 95 per cent of cosmetics videos are from fans: "There are kids of 18 with five million followers. Only 5 per cent of content is from brands. If you don’t understand that, then you are up the creek."

Interconnected: Sporting chance: how to engage with fans

Interconnected: Tailor your data to make the connection

Interconnected: Bringing it all back home