There are many approaches to integrated marketing, but three key styles appear to be emerging.

People, attitude and team culture are more important than systems or structure to ensure seamlessly integrated marketing communication, most brand-owners agree. For proof, look no further than the variety of approaches featured here.

First up: the agency-within-the-client approach adopted by News UK, which brings key representatives from its agencies in-house to work as Team News. Then there’s the lead-agency approach of Heineken UK, and the rotating-lead-agency approach favoured by Subway. In fact, if there is one structural question some of those featured here agree on, it’s the decline in relevance and value of using one external agency for everything.

An equally important aspect of the integrated mindset is a client’s ability to balance the need to be prescriptive with the competitive tension that needs to exist between its agencies to foster the best ideas.

Constant monitoring of whichever approach is taken – both within the client’s own organisation and among the team of agencies with which it chooses to work – plus constant evolution to further improve it, are also critical. All of which combined, it seems, makes the real difference between integrated marketing that isn’t just good, but truly great. 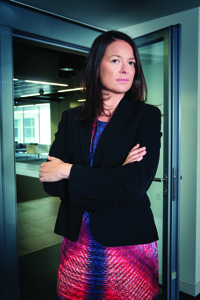 "As long as you have a headmistress like me asking the difficult questions, I don’t think the model matters," says Katie Vanneck-Smith, chief marketing officer at News UK. "It’s just a way of working."

Eighteen months ago, News UK set up Team News, consisting of representatives from Grey London and The Social Partners for creative and strategy, M/SIX for media strategy, Ogilvy One and Ogilvy Change for CRM, plus production operation The Box. This followed the consolidation of the £28m advertising, media, direct and strategic business for The Times, Sunday Times and The Sun into WPP.

A bespoke multidisciplinary unit – part within, part outside the client – ensures each agency best helps meet News UK’s needs and provides the most appropriate support for a client juggling the requirement for diverse and numerous campaigns, many within an extremely fast turnaround.

Structures to ensure integration operate at several levels, says Vanneck-Smith. A weekly board meeting involves senior executives from each agency and a planning forum ensures all agencies’ planners regularly meet. A senior strategic planner and a senior creative will join core Team UK members to further consolidate the key strengths of its constituent parts.

People, attitude and team culture are more important than structure to integrated marketing

"The way agencies are set up – to generate more work to earn more money – is one of the biggest challenges to integration," she argues. "It is important to manage in a way that unites people’s focus while leaving room for competitiveness and creative tension."

To ensure this, while each agency has a clear role, Team News acts as an integrated agency with a single P&L. However, the division of fees is a matter of negotiation. "The key is to ensure the brief itself is owned, managed and executed in an integrated way."

Building flexibility into this approach is essential. "You get the best results out of long-term agency relationships, but not all agencies can flex themselves enough in exactly the way you need them over time," explains Vanneck-Smith. "With our model, we can flex within the WPP set-up, too, keeping an eye on what other group agencies we might bring in."

Andrew Warner, senior marketing director, EMEA, at Expedia, says: "The integration onus is on us rather than our agencies." 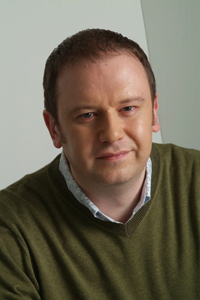 All marketing communications (excluding SEO and affiliate marketing) for the online travel agent’s 14 European markets are managed by a team at its London office, where "coherency, consistency and scalability are key". An advocate of long-term agency partnerships, Expedia works with O&M London, PHD, Fleishmann Hillard and We Are Social.

"You always have to look out for one agency feeling inferior to another," says Warner – which is one reason he does not nominate a lead agency.

"We’ve learned the importance of building a brand platform – for example, ‘Travel yourself interesting’ – around which every agency can innovate and input. That way, everyone knows the core idea and responsibilities are divided upfront, ensuring everything is covered."

He adds: "I never understand [clients] subletting ‘ownership’ of their brand to an agency, because responsibility for its coherency and alignment with business objectives [ultimately] sits with the client."

Tim Male, head of marketing communications at banking chain Halifax, is another firm believer that integration must not just start at home but be closely controlled from the centre, too.

"People expect agencies to be fully integrated," he says. "But you’ve got to start by holding up a mirror to yourself. We have an integrated culture and ethos that extends across all the agencies we work with."

Working with Adam & Eve/DDB for creative, MEC for media, Tangible on one-to-one and below the line and Rufus Leonard on brand strategy, Male expects the agencies to collaborate – with his team and each other.

"We have monthly and quarterly review sessions involving all our agencies," he says. "We also have a formal review process, with each agency involved reviewing one another on how they work together, because each agency’s performance is determined, in part, by how well they work as part of a team."

"Throw a group of people together and you can’t expect them to work effectively from day one – not least because of the competitiveness that will exist," warns Sanjay Patel, marketing strategy and planning director at Heineken UK. "You have to create an environment in which they want to collaborate."

For Heineken, which previously used a one-stop shop but now works with up to five agencies at any time (including Starcom MediaVest and Exposure), there is a growing emphasis on brand-positioning, channel strategy and more closely aligning creative with media.

"Because we are clear about the Heineken brand and its positioning, a brand team in our creative agency tends to take a leading role," explains Patel. "Though this is not always the case for [some of Heineken’s] smaller beer and cider brands, where a specialist agency might take the lead, depending on the most important consumer touchpoint."

Key to creating the right environment for effective integrated thinking is the coherent briefing of all team members and efficient sharing of all the latest information to keep all agencies informed, he adds.

It’s also about ensuring that everyone has a voice and respects others’ ideas. "The skill is in the brand team’s ability to tease the germ of an idea from whichever source and turn it into something everyone can make bigger and better," says Patel. 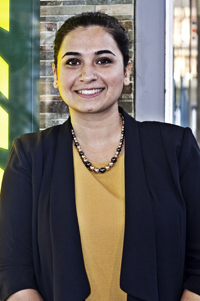 In contrast, a rolling lead agency approach is used by Subway, where the volume and speed of marketing communications is "a particular challenge". In the past two-and-a-half years, the number of media channels used has grown from two or three to eight.

"I see agencies as an extension of my team and regularly appoint leads both from within my team and the agencies I work with to drive through different products on a project basis," says head of marketing, UK and Ireland, Manaaz Akhtar. "This means I have people who know every aspect of what’s going into that project and how they fit together."

The key here is to have an integrated briefing process – something Subway introduced two-and-a-half years ago, when McCann took on responsibility for through the line, working alongside MediaCom and Good Relations (for social, content and PR). Previously, individual agencies received only their own, specific, brief.

"With a single brief, everyone sees from the outset all the component parts and how they work together, which tightens the creative process," says Akhtar.

"I empower my team members and agency heads to own each project and each participant’s involvement is managed accordingly," she adds. "We all preview every campaign to make sure nothing is missed."

How agencies and clients can make interconnected work

Interconnected: A good time to catchup with your customers

Interconnected: The many faces of customer experience