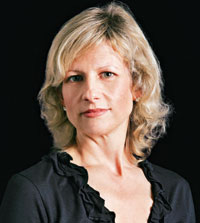 We’ve talked and written about interconnectedness in Marketing for many years - despite the fact that it’s a hell of a word to fit in to a headline.

We’ve interrogated the notion with a microscopic lens, diving into the Petri dish of remuneration between agencies, lead-agency status, ownership of ideas and division of workload.

We’ve questioned what it means in a communi­cations context, embracing its role as a guiding principle for internal processes and customer service within brand organisations, just as much as it lights the way toward a joined-up experience for consumers bumping up against the brand.

We even subverted what we called it, pulling, pushing, extruding, and finally, extending the word ‘integration’ into what most seemed to agree was a more accurate reflection of the over-arching concept it embodies.

Yet, in all this time, we’ve never talked about its role in innovation.

Bill Russell, a former marketer, researches what influences the success of innovation and NPD at the Centre for Innovation and Service Research at the University of Exeter Business School, and teaches on its MBA course.

Granted, it’s in his job description, but innovation is one of the biggest wins that interconnectedness brings, as Russell sees it.

His point is that the interconnectedness between organisations could and should be a super driver toward innovation and, crucially, that a lack of this type of interconnectivity could prove a roadblock.

He believes Ron Adner nailed the importance of interconnectedness in The Wide Lens (2013), in which he demonstrated how few companies succeed without being interconnected, or having the managerial capacity to manage those connections.

It’s an interesting analysis in the context of the trend uncovered in our feature (page 88) in which marketers are choosing to take greater control of their interconnections and are increasingly taking their interconnected marketing in-house.

Interconnected: Bringing it all back home

Interconnected: And all points in between

Interconnected: Sporting chance: how to engage with fans

Interconnected: A sober approach in a world of drunk brands

Interconnected: Tailor your data to make the connections