From a sex-positive hotline to a peer-to-peer mentoring app, here’s what the industry is doing to #BreakTheBias and commemorate this year’s International Women’s Day. 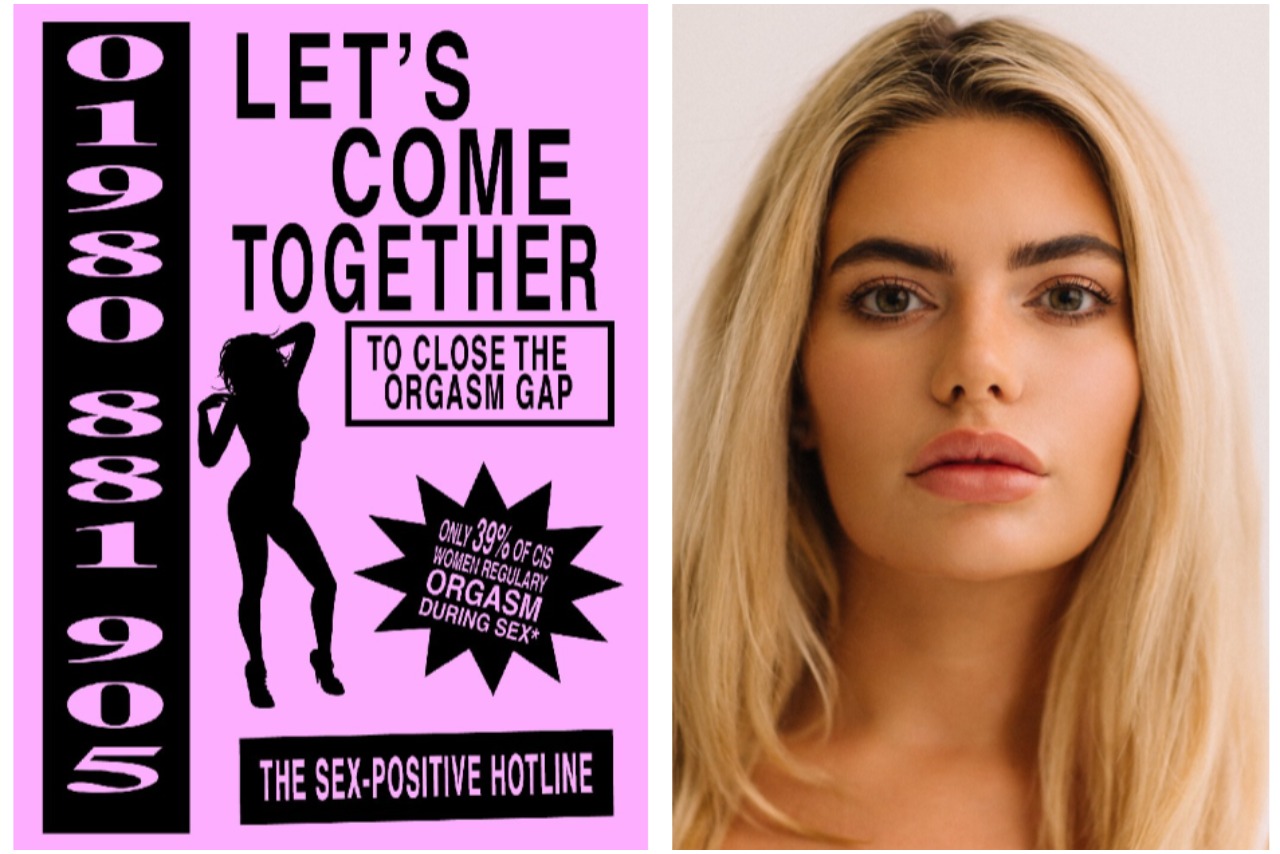 Wonderhood Studios has developed its “Let's come together” initiative to raise awareness of the orgasm gap between heterosexual men and women.

The campaign is fronted by model and Love Island alumna Megan Barton-Hanson and focuses on the statistic that only 39% of cis-women regularly orgasm compared with 91% of cis-men. A sex-positive hotline is at the forefront of the campaign, allowing callers to dial a free number and be greeted by Barton-Hanson, who will educate them on this orgasm gap, advised by clinical sexologist and sex coach Georgia Rose.

Posters placed inside phone booths across London, in the guise of traditional sex-line advertising, will ensure the campaign isn’t an anti-climax.

Scottish Widows has partnered up with Zenith and Adam & Eve/DDB to shine a light on the gender pension gap with some unconventional idents. The idents are set to run on Channel 4 today (8 March) during programmes including Channel 4 News, Gogglebox, George Clarke: Amazing Spaces and 24 Hours in A&E.

During the half-time break, the announcer will prematurely state that the show has concluded, but only for women. The voiceover continues: “Frustrating? What’s more frustrating is that on average women are retiring with only half the pension of men.”

The campaign highlights Scottish Widows' dedication to overcoming the gender pension gap by offering women guidance on their pension savings. 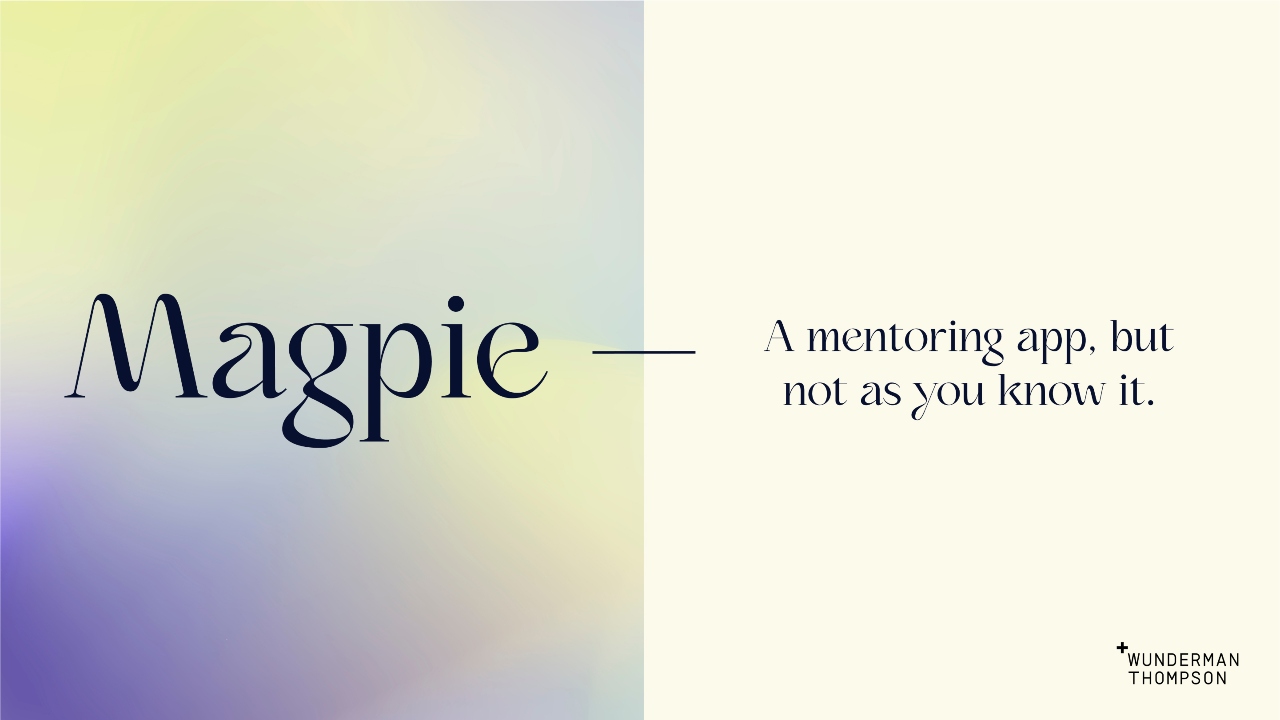 Wunderman Thompson will launch its app Magpie this IWD, connecting women mentors and mentees with corresponding expertise and needs.

The app will make its debut at an event hosted by Rise, the agency’s network for women, and be made available for women across Wunderman Thompson. Creators and Rise co-founders Rebecca Pinn, senior planner, and Helen Lee, head of new business and marketing, plan to scale it across the company.

Publicis Groupe UK’s VivaWomen are trying to “#BreaktheBias” with a film created by Prodigious that focuses on the impact of menopause on people inside and outside the workplace, as well as the need for universities to address the issue.

Sitting down to share their experiences, people talk to the camera about hot flushes, period pains and brain fog. They do not just discuss the physical impact of natural menopause and surgically induced menopause, but the lack of support at institutions such as universities and the experience of trans men, for whom testosterone can induce a slow menopause.

The agency will also introduce two new policies: the first will support employees experiencing domestic abuse and offer them five days additional leave, work relocation and specialist counselling, among other support. Its trans-inclusive policy will provide support for colleagues who have transitioned or are transitioning through counselling, paid medical leave and gender-neutral facilities in every office.

This International Women’s Day, the Advertising Association will use the global event to launch its All In “How to” sessions. The All In survey and subsequent initiative was developed by the AA, IPA, ISBA and Kantar. It focuses on improving the experience of marginalised communities in the advertising workplace.

The second phase of the initiative focuses on women, Asian and older talent and the initiative will use IWD as a springboard to encourage companies to sign up for its series of talks on “How to” improve the experience of these communities. The first talk, focusing on women, will be held on 16 March.

During Women’s History Month, Rapp will hold a series of roundtable discussions focusing on busting myths, a month-long challenge called "Flip the script" and video explainers from staff on how media is shaped by gender.

Bartle Bogle Hegarty will be celebrating International Women’s Week with multiple events, showcasing the works of female-led businesses in its atrium space and through its social media channels, including brands Fuller Bust Wardrobe and The Completely Honest Candle Company.

BBH executive creative director Helen Rhodes will also hold an interview with the co-founder of the Women's Equality Party, Catherine Mayer. After, there will be live music from artists Izzy Bizu and Yazmin Lacey.

In light of the invasion in Ukraine, it will also donate £1,991 to the Urgent Action Fund for Women’s Human Rights in Ukraine, with the number representing the year Ukraine gained independence from the Soviet Union.

Normalising the menopause conversation is the ending of utterly pointless stigma