The internet is in a rotten state, says Stuart Aitken, head of brand and content at DigitasLBi, after a stint at SXSW.

Among the bewildering array of themes and speakers at SXSW, it was hard to escape the idea that we’ve lost control of the internet and its associated technologies. While there were some utopian visions of an AI and VR fuelled future, the event was dominated by dystopian concerns about filter bubbles, the end of privacy, fake news and the hijacking of emerging technology by an increasingly switched on populist movement. The common thread was the idea that we've opened Pandora's box and unleashed all sorts of hellish things we'd never imagined possible.

Vint Cerf, for example, declared that he could never have foreseen the problems we now face when he first conceived the internet. It’s telling then that his current focus is on a project he calls the People Centred Internet. "We want to encourage people to think how we can make the internet more useful," he explained.

The spectre of the alt right, and the unholy alliance between Donald Trump, Breitbart, Cambridge Analytica and the like haunted the conference. In a session titled "Media vs Fakers vs Haters in the Post Fact Era", Joe Mandese, editor-in-chief of MediaPost, described himself as "a war correspondent". At another session, Claire Wardle of First Draft News, argued that the audience was "right to be terrified" about the rise of fake news and pointed to the coming French election as being of particular concern. 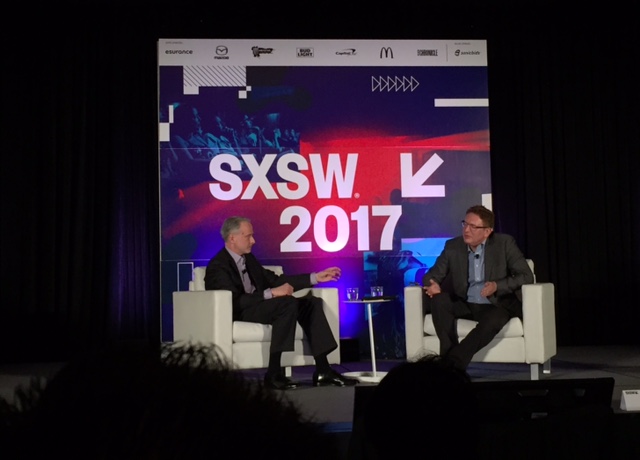 Against this backdrop it would have been good to see the likes of Breitbart or even Infowars represented on stage. The closest representation of this world was the self-styled fake news mogul Jestin Coler who appeared alongside Jigsaw’s Yasmin Green. Here he admitted like a naughty schoolboy that he’d created the Denver Guardian and launched the story "FBI Agent Suspected In Hillary Email Leaks Found Dead In Apparent Murder-Suicide" on an unsuspecting internet four days before the election because his "mortgage was due".

Hate speech was a key theme too. Journalist Julia Ioffe discussed trolls and the rise of anti-semitism, while on another panel we learned that government can’t tackle hate speech alone. Here, Facebook’s Monica Bickert outlined how the social network’s Peer to Peer project empowers young people to tackle extremism and to fight back with positive messages. 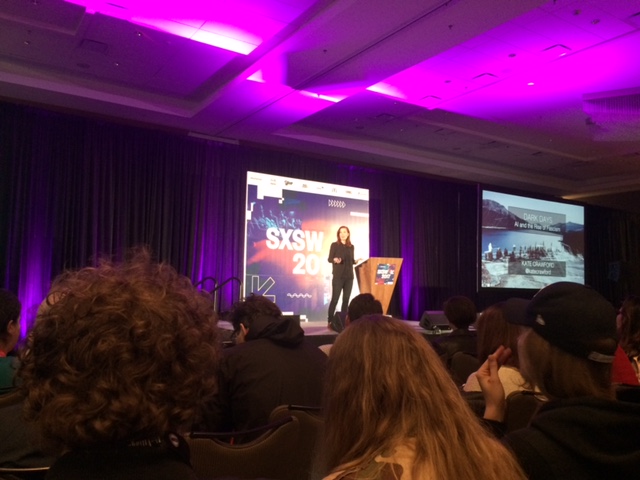 Most terrifying though was a discussion on the potential uses of AI in the rise of fascism. Microsoft Research’s Kate Crawford made a compelling case about the way that data systems can be used to track us as humans – drawing on examples of companies like Cambridge Analytica, Palantir and Faceception.

Elsewhere, we were treated to a range of other nightmarish visions. NBC’s Chuck Todd argued that data is destroying politics; Quincy Larson of freeCodeCamp explained that the open internet will crumble under Trump; Suzanne Leibrick, Virtual Reality Evangelist at Intel, talked about how a reliance on VR devices will lead to retina scanning, eye tracking and a resulting end of privacy; and BC Biermann of Heavy Projects argued that AI will lead to a "suburbanisation of the mind".

And if we were hoping that the FBI had all the answers for this difficult future, a discussion with General Counsel James Baker didn’t deliver. Throughout, Baker explained that the FBI finds it difficult to keep up with technological change. A word cloud of his interview would reveal that the most used words in his responses were "difficult" and "complex".

So, where do we go from here?

Amid the gloom there was, of course, some positivity. The irrepressible Joe Biden who called on the great minds present at SXSW to pool their efforts to fight cancer. YouTube sensation Casey Neistat was a lot of fun. Intel’s executive vice president, Diane Bryant, showed how AI will transform the world for good across a range of areas of life.

From a campaigning standpoint we heard from the likes of Roya Mahboob, Abdelaziz Alhamza and the remarkable campaigners from Standing Rock, who delivered a life-affirming session that showed how authentic voices using new technology can bring positive change.

Overall, it seems we are a long way from Richard Brautigan’s vision of "a cybernetic ecology" delivered and watched over by benevolent machines. Instead, the vision of the splinternet seen so strongly throughout SXSW brought to mind our own Chris Clarke’s recent rallying cry for us to reclaim the internet. As the sunshine of Texas fades, we would do well to heed these words.

Beyond Mad Men or Maths Men: unleashing technology for growth

SXSW diary: Not your momma's wearables