Relationship charity Relate is launching a campaign showcasing the importance of sex and intimacy in later life.

Created pro bono by Ogilvy, “Let’s talk the joy of sex” shows couples as they connnect with each other on-screen, from neck-kissing to licking each other’s chests.

“Let’s talk the joy of later life sex,” the ad declares before coming to a close.

The campaign launches today (26 April) in online and outdoor media. It was written by Nicola Wood, art directed by Andy Forrest and directed by Rankin. Media is handled by MediaCom, with support from JCDecaux and Clear Channel. 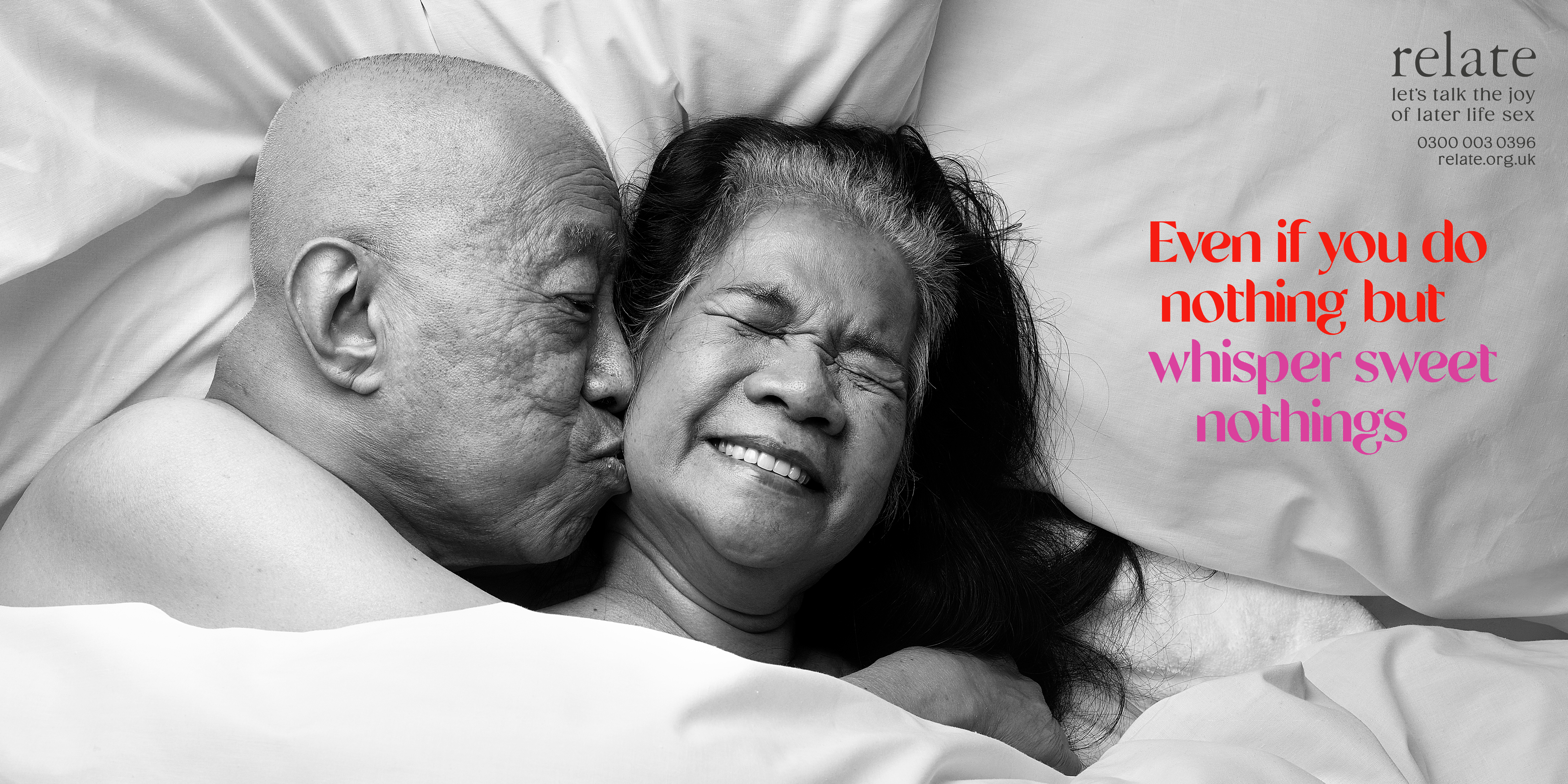 While one still ad reads: “the second sexual revolution, like the first one but with a few more wobbly bits”, another shows a laughing woman with the tagline “you’re never too old to play with toys”.

“Given that Relate is about talking to each other, we wanted to create a conversation in society around what happens as we get older and the upside of sex and intimacy in later life.”

Chalkley said that the ad industry doesn’t always “treat our ageing population with the respect they deserve” and the agency decided to invite an intimacy counsellor to the shoot in a bid to better connect with the emotional experiences at the heart of Relate’s work.

“There is a sort of notion in society that older people shouldn't want to have sex or be intimate, which is completely wrong because if you talk to them they're incredibly open and very celebratory about it,” he continued.

“That bit of cheek which is throughout the platform is critical because it makes it accessible, enjoyable and something that is fun to talk about – it's not a heavy subject, it is entirely natural and normal.”

The portrayal of people over 55 in advertising was also the subject of TfL's third annual Diversity in Advertising prize, which was unveiled last month. The winner was Replens MD and the runner-up was Brompton Bicycles.

Sarah Milsom, director of communications and engagement at Relate, added: “We’re hugely grateful to everyone involved in creating this important and beautiful campaign.

Working with Ogilvy UK, Rankin and the wonderful older people filmed and photographed has been a pleasure and we hope it will get people talking about what sex and intimacy in later life means to them."

Campaign podcast: How the ad industry can evolve beyond a 'private members' club'

Measuring gender equality is not enough – it's time to act