Whether or not it cares to admit it, the ad industry has a problem portraying disability. Just look at your TV screens for evidence. So how can it go about breaking the last taboo and being more representative?

Two weeks ago, a picture appeared on Brazilian Vogue’s Instagram page as part of a publicity campaign for the 2016 Paralympic Games that kicked off this week in Rio de Janeiro.

It created a media storm. The issue? None of those pictured were disabled. Instead, they were able-bodied models and actors with disabilities added in on Photoshop.

This story demonstrates the problems with the portrayal of disability in advertising. It is easy to get it wrong, and that’s when ads are even engaging with the issue.

Most of the time, disability is absent from advertising, invisible except for when it speaks specifically about disability – for example, Channel 4’s Paralympics trailer, or disability charity Scope’s "End the awkward" campaign. Rarely do ads show disabled people doing everyday activities such as cooking, working or household chores.

So what are the barriers and how can they be overcome? The key, as with other diversity issues, is seeing people as individuals and without labels. And the media, marketing and advertising industries have an opportunity to help break down social stigmas around disability by making it more visible.

According to Scope, there are about 13 million disabled people in the UK. So as director Dougal Wilson says: "The occasional disabled cast member wouldn’t exactly be edgy casting." 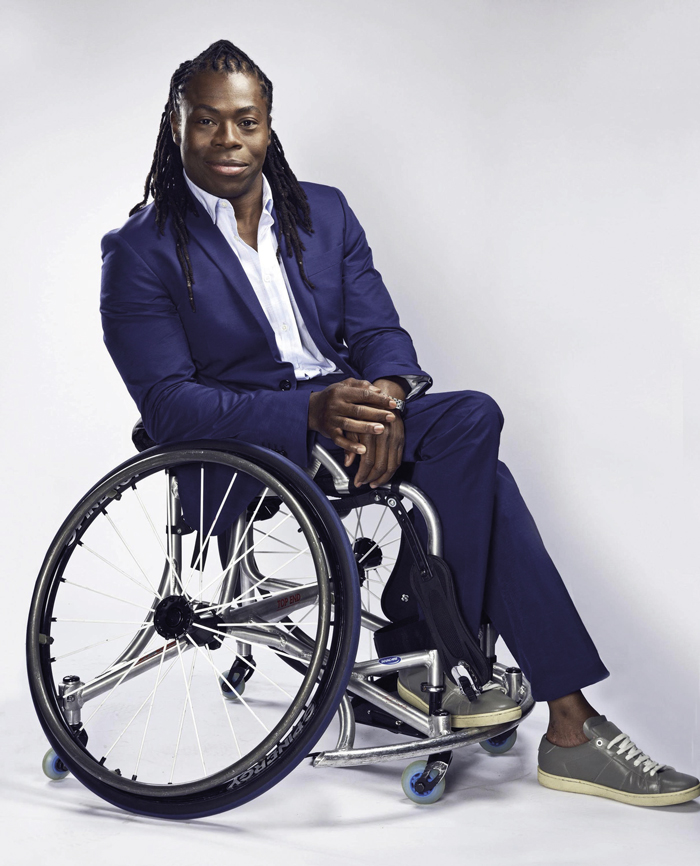 ‘The ad world is out of touch’

What do I think of the portrayal of disabled people in advertising? The main problem is that it’s really hard for me to even think of any ads with them in.

That’s disappointing. In order to change perceptions and have progression in our society, you have to represent and reflect society as much as possible. I know lots of disabled people and I don’t see them in advertising.

Perhaps the people running these campaigns and companies don’t believe that having a disabled person in an ad would help it to sell. Maybe they think it would actually turn people off. But I don’t think most people will care. You just have to look at the amount of hits and the global impact that the latest Channel 4 Paralympics promo has generated – and that has over 140 disabled people in it! As long as it’s filmed right, the story is told right and it is cut the right way, people are interested.

Maybe it’s because it’s the unknown. Most people in their lives don’t know someone or have a close friend with a disability. They don’t meet them often enough to become comfortable with them. It’s quite a childish response.

It’s also fear of doing something different from the norm. Look how long it took for women to be used in ads properly and there’s still a long way to go because they are often over-sexualised or limited to selling certain categories of products like haircare. It’s the same with ethnic minorities. Disability is now the last taboo. It’s really hard to break that down. I’m black and disabled, so when people meet me you can see them thinking: "Flipping heck, you’re not allowed to be black and disabled." They see me as a really hard jigsaw puzzle with a piece missing. I can see it in their eyes. I find it funny.

Because I grew up with a disability, I’ve always looked at people as people. If someone has got an arm missing, that’s not what I’m interested in. What is important is who that person is. That’s where we need to move on to.

I sometimes think the ad world is out of touch and out of step with the real world. They are missing a trick and leaving billions of pounds on the table. Why are you going to try to sell products and then omit a big part of your market? If you want to sell trainers or sports gear, why not use someone with a disability? Paralympians are doing just as impressive feats as able-bodied athletes – sometimes more so.

Advertisers can take a lead on this. They forget how much power they have and how much they can change things. There is so much noise with social media and everyone wants to be heard. Using disabled people in your ads will make you stand out from the crowd.

‘I hadn’t really considered casting someone in this scenario before’ 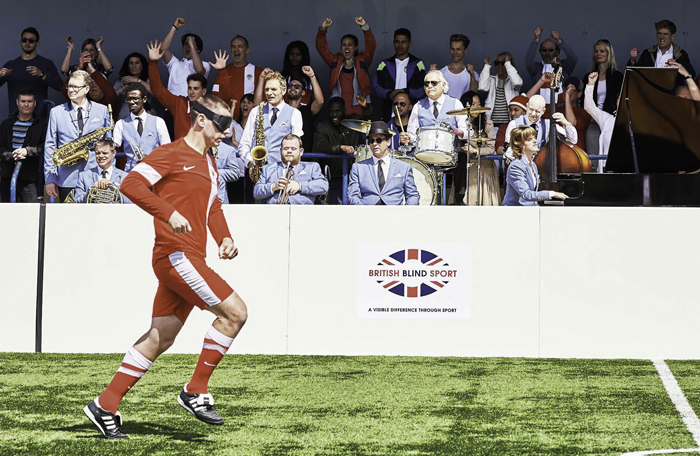 I was drawn to 4Creative’s proposal for the 2016 Paralympics trailer because I thought it would be very interesting to show both athletes and non-athletes in what might normally be expected to be a purely sports-based film.

I liked the point that whatever disability someone has, whether they’re brushing their teeth, going to the shops, or working in an office, they should be celebrated as much as a Paralympic athlete.

So the obvious difference in the creative process between this project and the more usual scripts I receive was simply the fact that we were casting and filming people with disabilities who would be appearing in everyday domestic situations – a kitchen, an office, a supermarket, a sitting room, a bathroom, a park etc.

I uneasily realised that I hadn’t really considered casting someone with a disability in this type of domestic scenario before. To be fair, neither had any agencies or clients I had worked with. We always make sure we consider diverse ethnicities in our casting briefs, but I can’t recall ever being asked to include any cast options who were blind, used a wheelchair or had a congenital amputation.

I appreciate there have been occasional exceptions. The ones I remember are Frank Budgen’s "Double life" PlayStation ad, which included a man spinning in a wheelchair in a Tube station, the recent Guinness ad directed by Noam Murro involving wheelchair basketball players and a girl in a wheelchair in a Mercury ad that Tom Vaughan directed. (I’m sure there have been others – Stephen Hawking’s various appearances, for example.) But, on the whole, the casting of people with disabilities in commercials in everyday, domestic situations seems to have been limited to commercials specifically about disability. I appreciate that most ads want to reflect a typical target demographic but given that there are over 12.9 million disabled people in Britain, according to Scope, the occasional disabled cast member wouldn’t exactly be edgy casting. 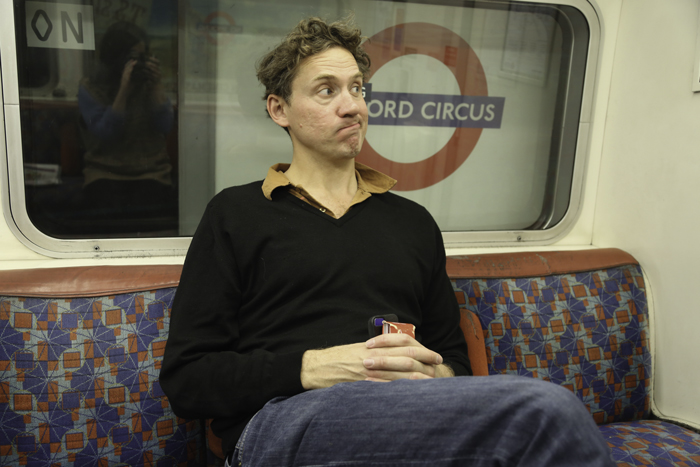 Apart from that, the creative process wasn’t much different to how I would normally work on a project. I developed a script with 4Creative, which became a storyboard, which became more focused as we found cast members and locations. However, there were plenty of practical production differences. I hadn’t really considered disabled accessibility when making a commercial or music video before. But, in this instance, Ewen Brown, the producer, had to make sure all our locations, studios, rehearsal spaces, transport and hotel accommodation had disabled access. It’s amazing how much most of us take accessibility for granted, but imagine you’re a wheelchair user and look at the London Tube map, for example. See how many of the stations have a disabled access sign and try planning your commute to work.

This was a great project to be involved with and I hope the trailer helps make the point that all our bodies should be celebrated, independent of their appearance or ability. Disability is now conventional in sport – it would be great if it started becoming more conventional in advertising. 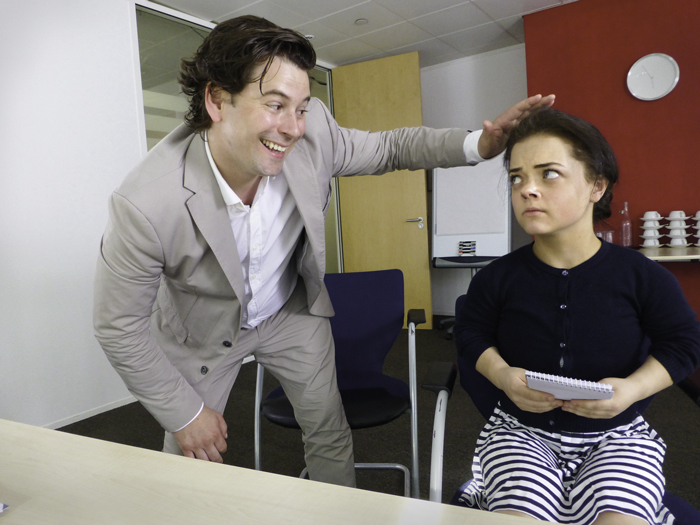 There are over 12.9 million disabled people in the UK, yet they rarely see their lives reflected in marketing campaigns, the media, in advertising and in popular culture. This lack of representation is alienating for many disabled people as it implies their lives are imperfect and not aspirational.

Disabled people count for a significant proportion of the public that brands want to reach. The spending power of families that have a disabled person in them – the purple pound – is estimated to be over £200bn a year.

Advertisers could definitely be doing more to represent the lives of disabled people, but they’re not alone – other creative industries are lagging behind too.

There are encouraging signs that things are changing. We are seeing improved representation in some areas including children’s clothing and toys.

Both Tesco and Boden ran campaigns featuring a disabled child. They are doing it because they know it makes commercial sense.

This is really positive to see as we hear so often how important it is for disabled children’s confidence and self-esteem to see representations of themselves in the media.

We also know that the majority of people feel awkward around disability and nearly half of Brits don’t know anyone disabled. The media plays a crucial role to help challenge people's perceptions about disabled people and the industry is in a unique position to be at the vanguard of change. 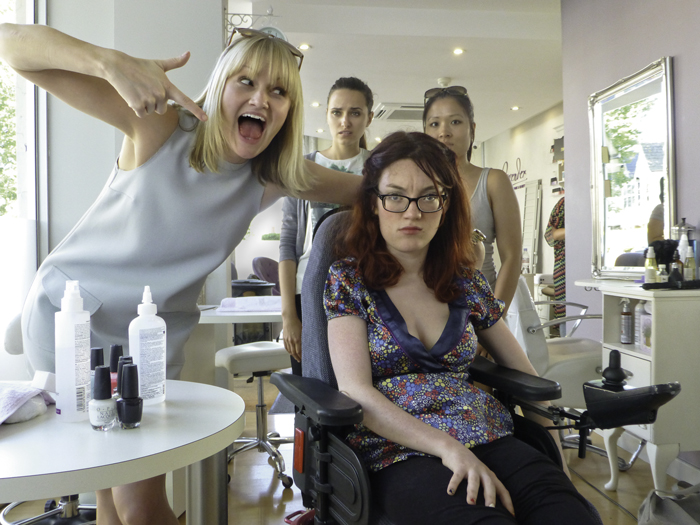 How can advertisers get it right? Talk to disabled people, charities and disabled people’s organisations. Think and learn about what you can do to hire more outstanding people who happen to be disabled.

If you do that, you’ll hire more disabled people to feature in campaigns, but also work for you. Just 1% of the creative industry would describe themselves as disabled – this simply isn’t enough.

Consumers are savvy too. They’ll know if businesses are just trying to make a quick buck. More and more people are mindful of how they spend their money and who they spend it with. Your commitment to include disabled people shouldn’t just be about putting a wheelchair user in one of your ads. It should feature across the breadth of your advertising, as well as extending to how you recruit and treat your staff.

Think about how you would like your life to be portrayed, and use that to guide you. Most people will automatically avoid patronising clichés when it comes to race or sexuality; we need to get to that stage with disability.

Scope’s ‘End the awkward’ campaign is in its third year. The latest ads will launch on 16 September.

'The rebel in me got me where I am': Soho Square India's Anuraag Khandelwal

What accessibility means for creatives in our digital world

Watch: Why designing for disability must be central to any digital plan

Disability in the workplace: meet four people who have risen to the challenge