Agencies compete against other industries to hire the best talent. They also compete vigorously against each other. But, says IPA President Ian Priest, maybe it's time for joined-up action in schools and universities to capture hearts and minds from an early age.

It's not difficult to work out, is it? As an industry, we need to adapt the way we recruit and retain staff. To recruit less in our own image, and be more open to diversity, in the widest sense of the word.

First, if we claim to understand our audiences, we need to reflect them in the make-up of our own workforce. That means we must recruit from a wider, less traditional base. That also includes looking at the age profile of the workforce. Given the inversion of the demographic pyramid, we should also find ways to retain older employees.

Our clients will expect nothing less. So we need to get moving fast.

Second, the pace of technological change means we need to recruit talent with different skill-sets.
Not just digital natives, but creative technologists and data scientists.

The issue is that we’re not just competing among ourselves for this talent, but with a large cross-section of the British economy: tech giants and start-ups, online retailers, financial services and other professional services. However, this talent is highly mobile, so we also compete geographically, with San Francisco, New York and Singapore.

So if we are to provide our clients with better commercial creativity, it’s time for action.

We often say people are an agency’s most important asset, but we can’t be glib about this. Corporate psychologist Dr Max Blumberg points out that quality, innovation and productivity are three key factors that drive growth – and all three come from people. "Human capital is the most difficult thing for a competitor to imitate," he says. "It can take between three and five years for a competitor to replicate yours." Sydney Hunsdale says staff churn is a big drain

Staff retention is a key part of human capital; average churn in our industry is 30%. That is not good.

Sydney Hunsdale, former Razorfish COO, says staff churn is a company’s single-biggest financial drain. New staff take between five and seven months to reach peak performance, and, in the meantime, client and internal relationships are put at risk. Costs are high too – about 150% of the salary of a mid-level employee – when you factor everything in. "Agencies with higher retention rates consistently outperform those with high staff churn," she says.

When it comes to diversity, we don’t do too badly. According to the latest IPA census of member agencies, the average age of employees is 34. Just over half the workforce is male (51%), but only 22% of management is female. Against a 13% BAME (black, asian and minority ethnic) make-up of the UK population as a whole, the IPA’s figure is 11%.

However, we need to move faster. One in four school-age children is of BAME origin, and this is much higher in the big conurbations. Soon, they will be in further education and then the workforce. 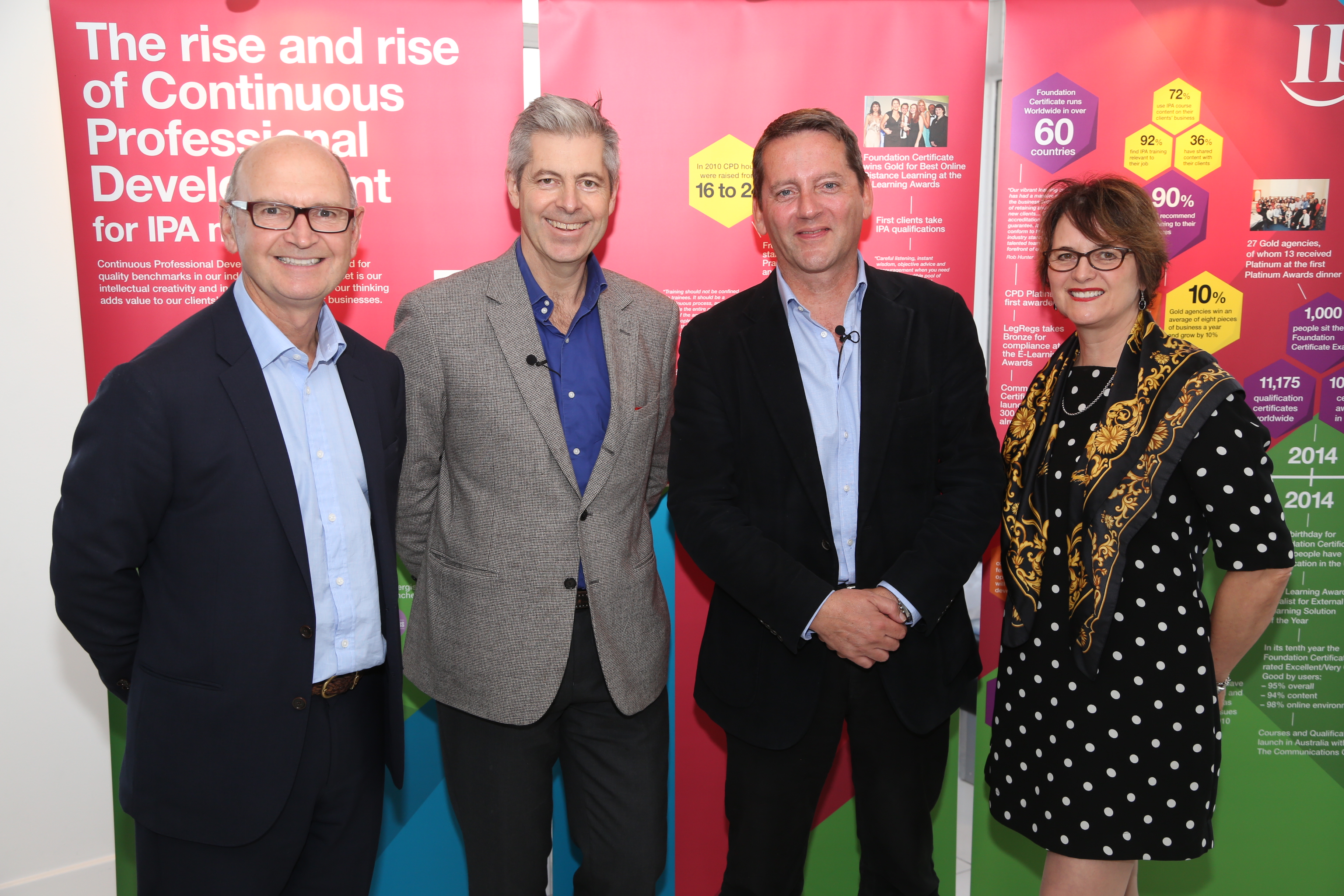 At last month’s Talent Adaptathon, the final strand of my initiative to drive better commercial creativity, we heard about some of the issues that confront us.

To hook them, they need inspiration and role models. Parents and teachers also need to be influenced. Moreover, few school-age children have any conception of the variety of career options in advertising. How many know, for example, that advertising needs game and app developers? Or how valuable coding or data analysis skills are?

The IPA’s Creative Pioneers programme, which offers 100 apprenticeships to school leavers, is a move in the right direction. But we could also encourage agencies to develop closer links with schools.

At graduate level, awareness of advertising is higher, as is interest in it as a career. The IPA AdSchool and AdAcademy, which focus on graduates, offer some a chance to experience the industry. But many who have the skills we want to attract – STEM (science, technology, engineering and mathematics)  graduates, for example – might also be unaware of career paths and ladders and look elsewhere.

According to Martin Birchall, managing director of High Fliers, a market research company that specialises in graduate recruitment, advertising has a far lower on-campus profile than many of the sectors it competes against. This may explain why interest doesn’t turn into applications.

Compared with banks, accountancy firms and public-sector recruiters, advertising’s on-campus efforts are unfocused and fragmented. We need to change that, and it’s best tackled as an industry.

First steps to a solution 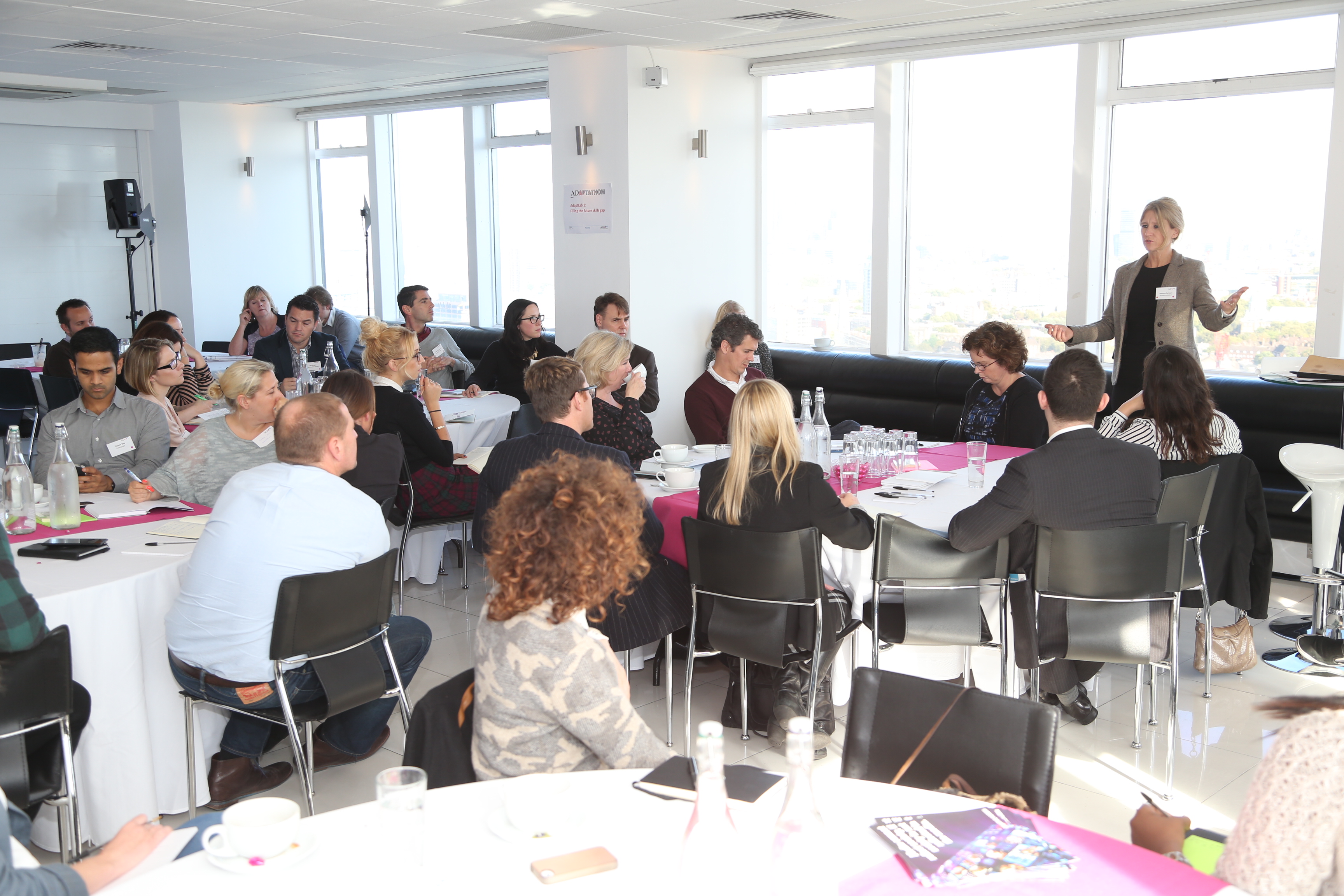 So how do we start getting on the front foot?
As agencies we are skilled at understanding the customer journey, and the roles different touchpoints play along the way through the purchase funnel.

We need to take those skills and apply them to recruitment. That means capturing hearts and minds at an earlier age. It means working much more closely with schools and universities to create awareness of advertising, the variety of the skills we need and the career paths on offer, and how rich and rewarding they can be. We can be more active with schools, and in universities we can boost our on-campus presence.

In short, we need to market ourselves. Agencies could do this independently – as some already do – but together the effort would be stronger and more focused. Think of it as the launch of a movement. The IPA is ideally placed to co-ordinate and facilitate this, and it plays to the end-game, which is to maximise our commercial creativity.

My ADAPT agenda has focused on the things we need to do as an industry: better alliances with our clients; a more diverse approach to our work by partnering with other forms of creative; becoming more agile, more multi-dimensional; and linking our remuneration more closely to our performance.

However, that only gets us so far. To complete the circle, we need the right talent. It’s this that differen-tiates us, and makes us better. Thanks to the Talent Adaptathon, we have a better idea of what we need to do, and we have started the debate. That debate continues through the IPA, and you can join in at www.ipa.co.uk/adapt

The award of Platinum status from the IPA for Leo Burnett’s CPD programme is a real boost for its credentials as an employer brand, says Sarah Baumann, the agency’s group talent strategy director.
"It’s a powerful recruitment tool, but also sends a message to clients that we want to be the best we can and that we are focusing on our talent," she adds. Undoubtedly, too, training and CPD play a significant role in staff retention. The key to Leo Burnett’s approach is taking a long-term, strategic, view.
This involves linking training to business goals, developing a long-term plan for talent, and putting continuous professional development at the heart of the agency’s culture.
Baumann says the result is total buy-in from senior management at the top of the agency. "We put our money where our mouth is," she says."The senior team gets personally involved in teaching, coaching and mentoring." The results, as Baumann points out, mean that "we don’t have to justify the investment we make in training to them".
Leo Burnett is one of 13 agencies with Platinum CPD status, awarded to those that hold Gold accreditation for four consecutive years. IPA research among Gold-status agencies shows the positive impact on business: 98% client-retention rate; 79% staff-retention rate; 9.6% year-on-year organic business growth; and 26% year-on-year revenue growth.

IPA ADAPT: We need to put HR at the heart of our business plans

IPA ADAPT: Battlefield tactics in the war for talent