Agility is a key strand of IPA president Ian Priest's "ADAPT" agenda and opens the door to a more creative, higher-quality, nimbler, cost-effective way to work

Context and importance of agility

Marketers today need superheroic powers to win the battle for consumers’ hearts and minds. Not only do they have to respond at the speed of light to any erupting Twitter­storm about their brand, they also require grit and determina­tion to get the set-pieces right, so they spark conversations, fuelling the virtuous circle of "always-on" connectivity in 2014. 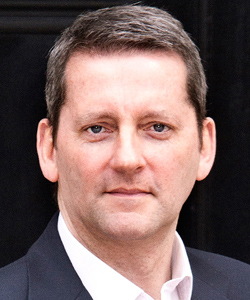 This type of commercial creativity can’t be achieved on the fly; marketers can’t wing it and hope for the best. So, how do you successfully create at both ends of this spectrum; the spon­taneous hit and the set-piece? IPA president Ian Priest (right) has the answer: you develop an "agile" process.

"Creativity needs a backbone to allow it to flourish, some kind of structure that is adaptable and flexible," he says. This structure needs to flow from briefing to ideation to production to evaluation. Ideally, too, this framework remunerates based on outcomes rather than inputs. Agility must also be developed in collaboration between clients and agencies – hence one of Priest’s first moves on taking up his role at the IPA was to set up a Client Council.

For him, the hugely successful Oreo "Dunk in the dark" Super Bowl creative encapsulates what can be achieved when agility takes centre stage. While Oreo’s serendipitous tweet – comforting customers that they could still dunk their biscuit while exper­iencing the power cut – might have seemed spontaneous, Priest is convinced that significant planning preceded that perfect storm of a marketing moment.

"Success was down to a client and agency working as a team. They set a strategy together, then adapted their normal way of working to meet the creative requirements necessary in that moment, while sticking to the strategic core," he explains.

Agility has its roots in the software development industry, and there’s much the marketing sector can learn from these pioneers. One such trail­blazer is Havas Media strategy director Alex Barclay (below), whose interest in agility was piqued when working as an investment manager overseeing technology start-ups. 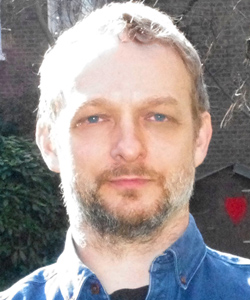 "I was attracted to the speed of thought and action they exhibited," he says. "It was liberating and a breath of fresh air: more ‘can do, will do’ than hesitant and conformist. Agility is about letting people shine over process, enabling creativity, and responding to change quickly."

Moving to the marketing industry, he was inspired to apply agile process to clients and agencies, and founded a collective: the Experience Design Group (XDs) which deploys Agile and UX processes to innovate. While still using software developers as a source of guidance, he now focuses on pulling out the most useful learnings for the marketing industry.

Barclay has co-written a new version of the 2001 "Agile Manifesto" so marketers have "a frame of reference to drive agile actions". This outlines four core values: rapid iterations and small experiments over rigid plans; multidiscipline teams over silos; focus on the end-user over processes and tools; and client partnerships over client contracts.

Some forward-thinking clients, such as Transport for London and The Guardian, are already embracing these values. 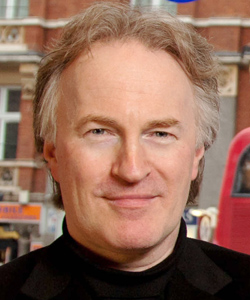 Chris Macleod, marketing director, Transport for London "I think of being ‘agile’ in a couple of ways. First, as its literal meaning suggests, it’s about being faster and quicker to market. But it’s not just about speed and process. It’s also about taking a lighter approach, without hundreds of people being involved in long meetings. Agility is defined by intense periods of focus on a certain brief to move a project along.

"We worked in an agile way on our recent redevelopment of the TfL website. My team and suppliers, in cross-functional teams, participated in ‘sprints’ where we broke up the brief into definable areas in a very transparent way and everyone brought their specialist experience to it.

"We’ve also applied agile processes to the way we handle social media, which came into its own during the London 2012 Olym­pics. Instead of setting up a separate team, we have social-media experts embedded across the business. They are co-ordinated to a set of consistent standards, such as how we sound and how we respond. It’s much more collaborative and has been a real success. As part of my role on the IPA’s Client Council, I’m looking at how social media can be evaluated better to help improve agility.

"The agility agenda is important because marketing has become a lot harder. Marketers have to move more quickly and innovat­ively. If you don’t, a competitor will. The world is changing and if you don’t have ways of coping with this change, you’re going to have problems." 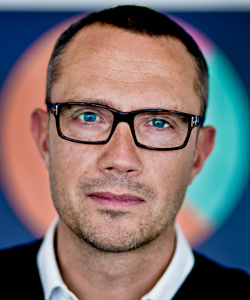 David Pemsel, deputy chief executive, Guardian News & Media "Agility is not a process for us, it’s a mandatory component of what everybody is trying to do. We have to be agile at pace, in real-time, 24 hours a day. Our 600 journalists now start conversations and then openly and actively encourage comment and contribution from our readers. This content then has to be made accessible and available on all platforms. Then, on top of that, we have to consider how to make our content relevant across the globe. The agility required from going from the ninth-biggest newspaper in the UK to the third-biggest English-speaking online news brand globally requires almost constant iteration.

"This transformation of our newsroom for the 21st century has required a huge amount of infrastructure and process. After all, you can’t say ‘let’s be agile’ without putting tools and systems in place. But, frankly, that would all be irrelevant if we hadn’t explained internally why our philosophy of open dialogue with readers and making the best of digital is so important.

"It strikes me that many media and creative agencies are trying to adapt to this dynamic world in quite a methodical way. If we’d tried to work everything out perfectly before taking action, we would not be where we are now. The moral of the story? At some point you have to take the plunge."

The IPA’s next Adaptathon, which is on agility, takes place on 7-8 May. It gives both clients and agencies the opportunity to learn how becoming more agile as an organisation can lead to better commercial creativity.

The three "Adaptlabs" focus on agile response, process and production. Led by industry experts through a series of "do tanks", delegates will gain hands-on experience to become proficient in "pre-planned spontaneity".

Not just business as usual: the new creative imperative

IPA Adaptathon blog: How to get the best from tech