Data should no longer be an agency division or specialism, but a new member of the traditional agency triumvirate of creative/planner/suit, argues TBWA\London's strategy chief.

EasyJet’s decision to replace its chief marketing officer with a chief data officer is an urgent reminder that data should no longer be an agency division or specialism, but a new member of the traditional agency triumvirate of creative/planner/suit.

Much has been written about the relationship of data and creativity – we can all agree on that. But this is about actioning the human relationship we need to truly place data at the heart of what we do in order to make that all-important creative difference.

It’s safe to say that creativity rarely results in originality. Instead, stand out creative tends to discover new connections that nobody has seen before. And data, now more than ever, can help us achieve these new connections. Here are some great examples of recent times: 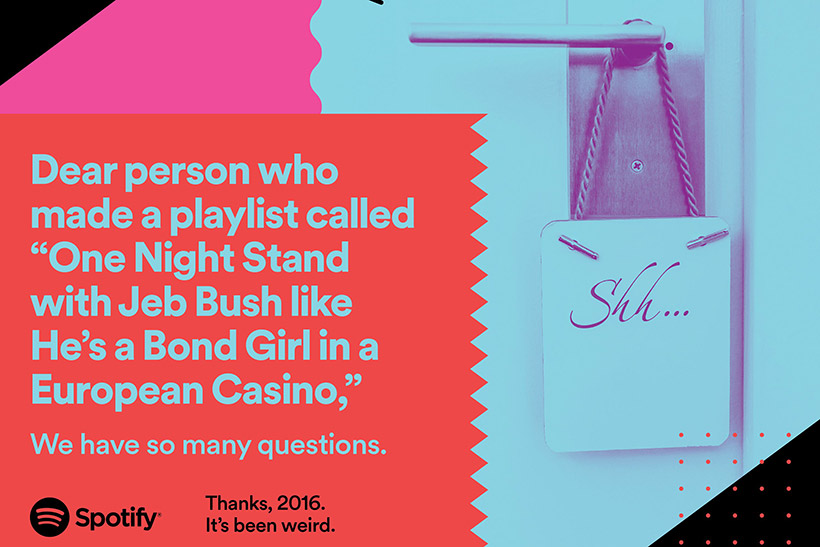 My personal favourite. Putting listener data to playful use with executions highlighting some of the more bizzare user habits. Developed by Spotify’s internal team using facts and figures from their own data vault, this is a great example of the data actually becoming the creative idea, made extra special by the hyper-localised approach. Spotify CMO Seth Farbman said about this campaign: "For us, data inspires and gives an insight into the emotion that people are expressing. That led to the idea of reflecting culture via listener behavior."

TBWA Melbourne developed an in-house data capability that enables them to use their clients’ primary data sources and match them to third party data to add an extra layer of insight across what clients might have access to. So when Australia New Zealand Banking Group briefed them to promote new low interest rates for personal loans aimed at 18- to 44-year-olds, they were able to bring real precision to the game. They narrowed in on students who were looking to travel while also identifying a new audience of retired singles and recent divrocees. So not only did data give a damn good creative target, it also helped the client grow its business prospects. 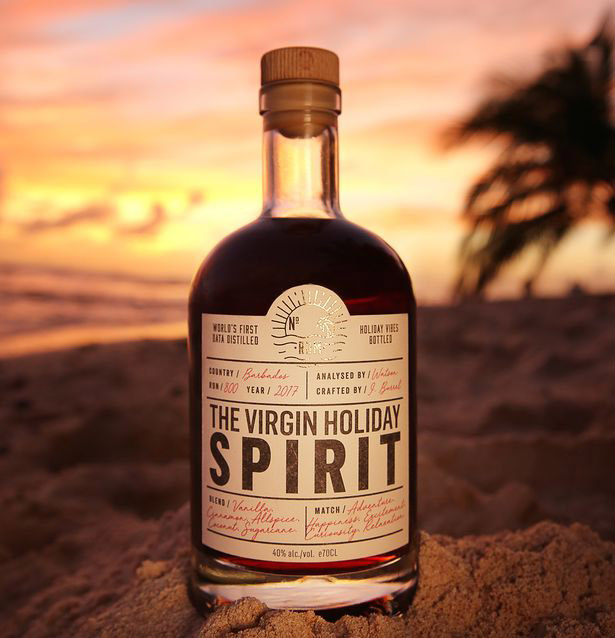 Lastly, a weird but wonderful way of creating connections and selling holidays to Barbados. Virgin used data from IBM Watson to produce a bottle of rum that is scientifically proven to taste like a holiday. The super computer charged through the thoughts and feelings of 15 million holiday makers via their social posts. These emotions were then matched to thousands of rum flavour descriptors to inform a one-off recipe. This process connected happiness to vanilla, relaxation to coconut and curiosity to cinnamon; and together they made the taste of Barbados. While in this instance a computer rather than a human helped the match-making process, it undoubtedly took someone with a deep knowledge of data to help conceive this idea and understand what to look for.

Each of these examples required data beyond the usual, and someone who knew how to not only access it but bring it to life.

Now, when I’ve spoken to agency folk and clients about shaking up the triumvirate by adding a data specialist as the fourth member, the first question that usually gets asked is: "is that not what we pay a planner for?"

The answer is yes and no. Yes, we should be teaching all planners to be fluent in simpler data insight tools like Crimson Hexagon, TGI and Google Analytics.

No, because the type of data that helps us leap and connect is often burried too deep in our clients’ master APIs to access new sources and join the dots of data sets. So we need specialists who know their way around this world and can help us connect it to ours.

Integrating data planners into all of our accounts is an investment that many clients might not see the need for. So it’s our duty to show them the creative and commercial opportunities that we can uncover and ultimately prove the value of this approach by creating better, bolder and more effective work.

As someone who works for an agency that’s already invested time in turning threesomes into foursomes, here’s what I’ve learnt so far:

Anna Vogt is the chief strategy officer of TBWA\London

Don't let your competition distract you

A marketer's guide to the GDPR

A view from Dave Trott: Backfire

Why inclusive design should be the rule

AI will give chatbots gift of the gab

A view from Dave Trott: Big data is blind faith

Why brands shouldn't be afraid of robots