A strong story that elicits a powerful emotional response is the basis for a great TV ad, says Becky Brock, director of marketing for John Lewis & Partners, winner of the latest Thinkboxes award for TV creativity as chosen by the Thinkbox Academy: "The boy and the piano", created by Adam & Eve/DDB. "We don’t approach our ads with a set formula," she insists.

The John Lewis & Partners Christmas TV ad, for which work gets under way each January, is key to the retailer’s brand salience and its customers’ emotional affinity. The stakes are also high because it typically generates the brand’s highest return on any of its marketing investment.

Eyes on the prize
"Every creative in the department wants to write the next John Lewis & Partners Christmas campaign," reveals Ant Nelson, joint executive creative director at Adam & Eve/DDB. He isn’t joking – some 300 scripts were written for this particular campaign.

"As with any brief, there are always a few front runners early on. But it’s like a giant game of snakes and ladders – just when you think you’ve made it to the top of the pile, something else knocks you off that perch," adds joint Adam & Eve/DDB ECD Mike Sutherland. 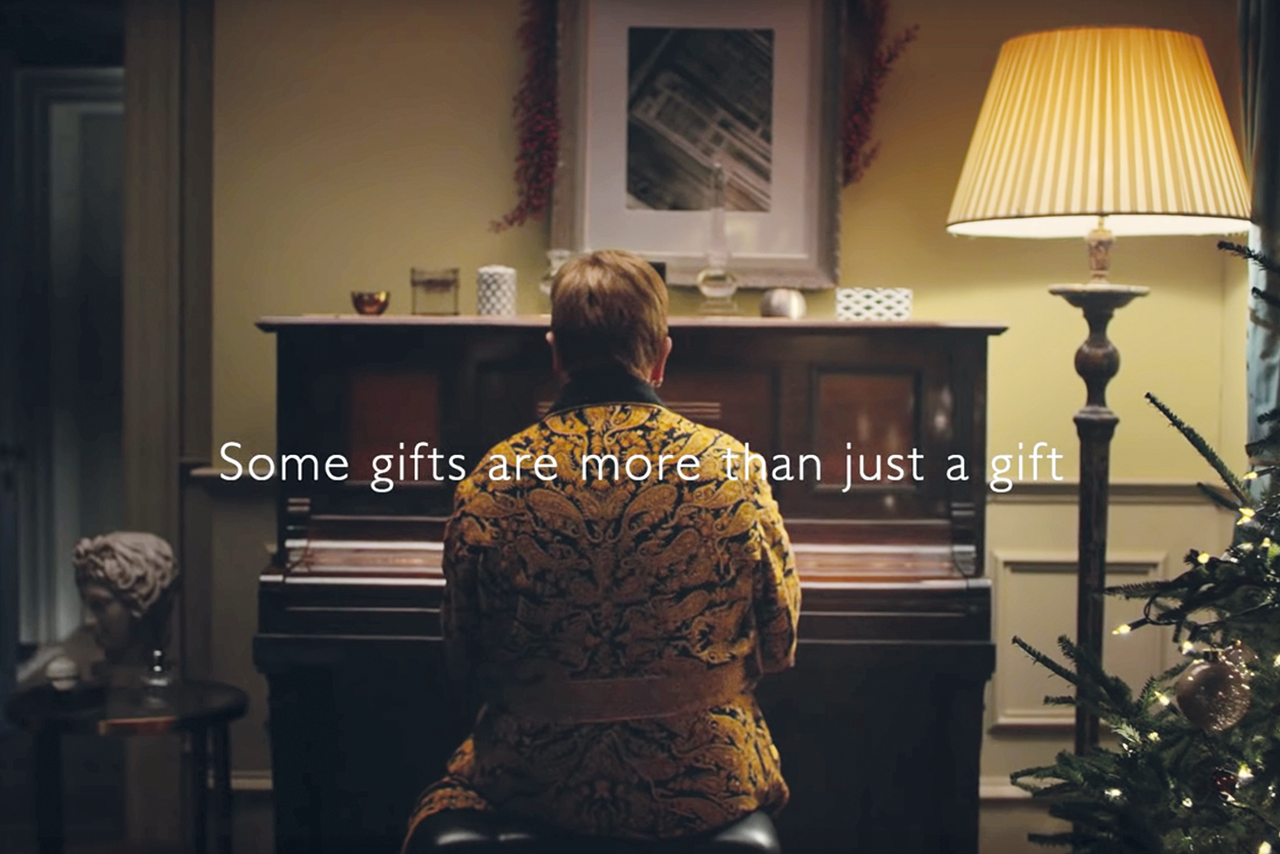 The starting point is always how best to breathe new life into the long-standing strategy of ‘thoughtful gifting’. So with its relatable story and scalability, "The boy and the piano" script really stood out. But it was its well-known personality, its recreation of actual events, and its reverse narrative fl ow – going backwards in time to the moment the gift was given – that took it to a different level.

"[Elton John] is a national treasure who everyone knows – and what a life he has had, thanks to one gift," says Sutherland. "Right from the get-go we wanted Elton to appear as he is today, but we never imagined that we would get time to shoot him – he’s a busy man."

The team approached Elton John via David Furnish two months before the shoot and, after involvement was agreed, his management team gave access to his personal archives of photographs, footage and vast wardrobe collection.

Initially, the idea was to rely on stock footage. But when director Seb Edwards came on board he was keen to shoot everything – a defining moment in the ad’s development, after which accuracy in the recreation of the different elements of the story was essential. 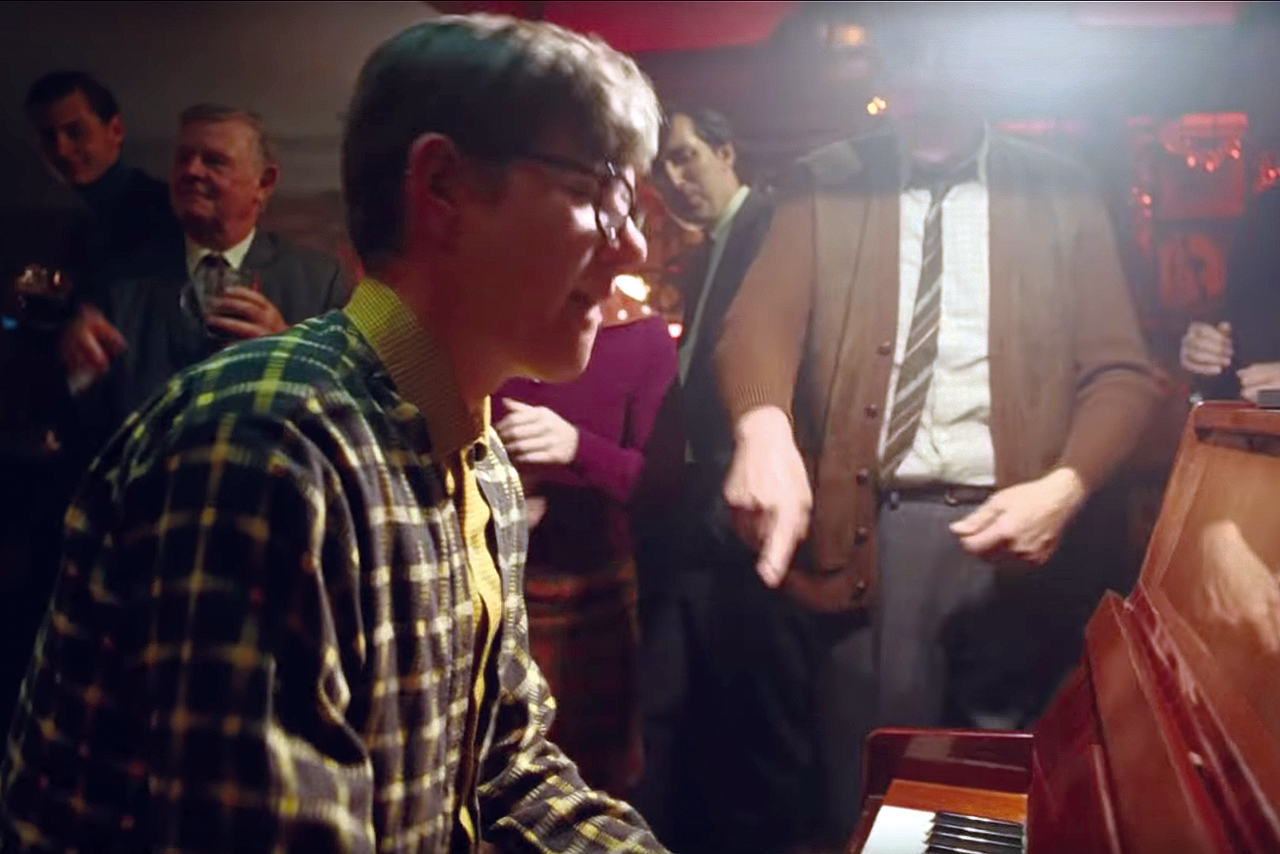 Recreating history
"At first, recreating every scene seemed like an impossible task, but Seb’s enthusiasm and determination made it feel very achievable. On many occasions we questioned ourselves and said ‘why?’ but for the ad to have any sense of intimacy we knew the direction was right," says Nelson.

"We always knew that this entire spot would live or die by how true we were to real-life events. The accuracy of recreating every scene, exactly as it happened, was critical. The idea could have quite easily slipped into one of fiction rather than fact," adds Sutherland.

Elton John was involved in signing off the initial storyboard and the final film – an indication of the huge amount of trust he put in all involved. From a CG point of the view, the hardest challenge was recreating Elton John’s face. Small nuances in facial expressions, making sure his eyes were just right and even subtle lip curls were really important, Sutherland says.

"We always knew that this entire spot would live or die by how true we were to real-life events"
Mike Sutherland, joint ECD, Adam&Eve/DDB

The right look
Prosthetics, costume and hair and make-up were also details that had to be right because Elton John’s life has been so well-documented that side-by-side comparisons would inevitably be made, so every last detail had to be spot on, adds Nelson. Because of this, casting Elton John through seven decades was also challenging.

Securing people with the right eyes, build and height was key. As was finding a suitable four year-old and getting him to perform on cue to look surprised, which Edwards managed with the help of an inflatable kung-fu panda just off camera.

"I think it is all in the strength of the story. Whether it elicits an emotional response is the basis for any great TV ad"
Becky Brock, director of marketing John Lewis & Partners

All concerned were taken aback when they first saw the finished ad. "Our initial response to the first edit was absolute stunned silence," Brock admits. "Then we broke into applause, which is something I have never seen on viewing a TV ad before."

For the creative team, the key to getting the most out of a script when translating it for screen is to surround yourself with the best talent on off er and trust them. And in this case, those involved were stand-out, Sutherland says. Nelson endorses this, although confides: "The thing we’re most proud of is not fucking it up. Nobody wants to make a bad John Lewis Christmas ad."

"It's the biggest brief of the year and one that everyone sacrifices their evenings and weekends for"
Ant Nelson, joint ECD, Adam & Eve/DDB