ITV picked up an impressive seven awards including Sales Team of the Year, Brand of the Year and the Grand Prix at the Media Week Awards last night, while Manning Gottlieb OMD won the coveted Agency of the Year prize.

ITV won the award for Sales Team of the Year in recognition of the results of its new sales strategy, including non-spot revenues climbing by 32 per cent, as well as Brand of the Year following the rebrand of all its properties in January.

The broadcaster picked up the Grand Prix for the second year in a row in recognition of the TA Live From Helmand campaign, which saw live footage from Afghanistan broadcast on ITV to promote the TA.

Judges said Manning Gottlieb OMD, led by the chief executive Robert Ffitch, was the type of agency they would "want in their corner". The agency is on track for its third year of double-digit revenue growth and staff churn is less than half the industry average.

Media Week’s editor, Arif Durrani, said: "These are my sixth Media Week awards, but the quality of entries and the awards ceremony itself really were exceptional this year. The UK’s media industry has had to adapt to unprecedented change, but real success stories with significant new revenue streams are starting to emerge.

"It has been a fantastic year for both ITV Media and Manning Gottlieb OMD, no one in the business will argue with that and they fully deserve their time in the spotlight. But all of this year’s winners and commended shortlisted entries deserve recognition in a year co-chair Steve Hatch, chief executive of MEC, notably referred to as a tsunami of a high watermark." 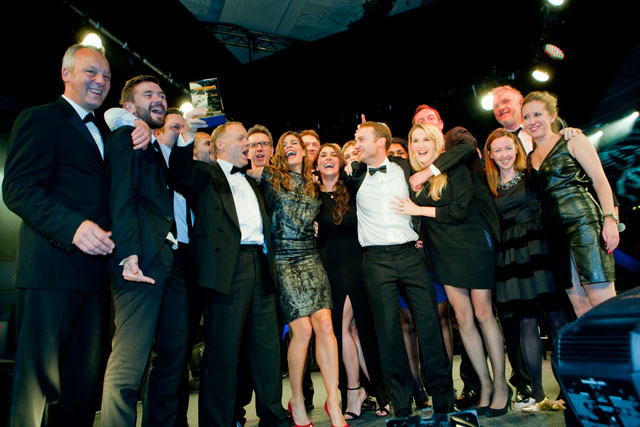 Media Brand of the Year
ITV

'Excitement and dread' ahead of Media Week Awards 2013