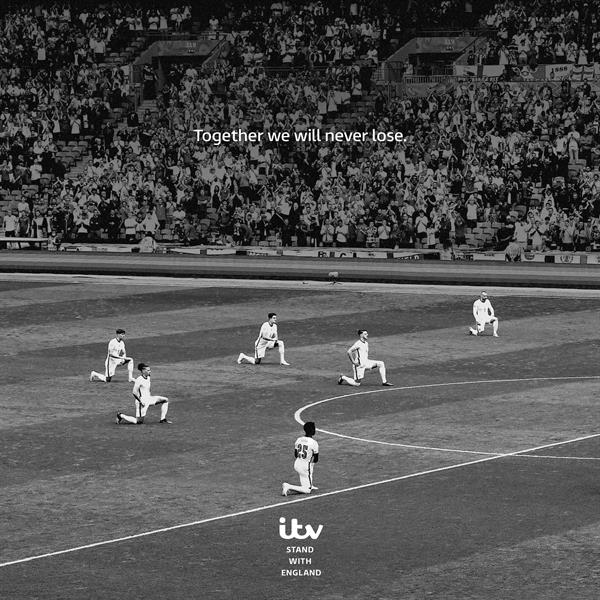 ITV has released a message of support for the England team following the racist abuse against players after their Euro 2020 defeat.

The work, running in national newspapers and on social media from today (13 July), features a black-and-white photograph of England players taking the knee accompanied by the line: "Together we will never lose. ITV stand with England."

The ads were created in partnership with Uncommon Creative Studio, which worked with the broadcaster on an anti-racism ad last year in support of dance group Diversity, following complaints about its Black Lives Matter-themed performance on Britain’s Got Talent.

Media was handled by Essence.

Dogs Trust "Underwear ever after" by Creature

Ladbrokes "The wait" and "Game day" by Neverland

ITV "This is not a drill" by ITV Creative