On International Women's Day, we profile some of those in the creative industries who inspire us most. 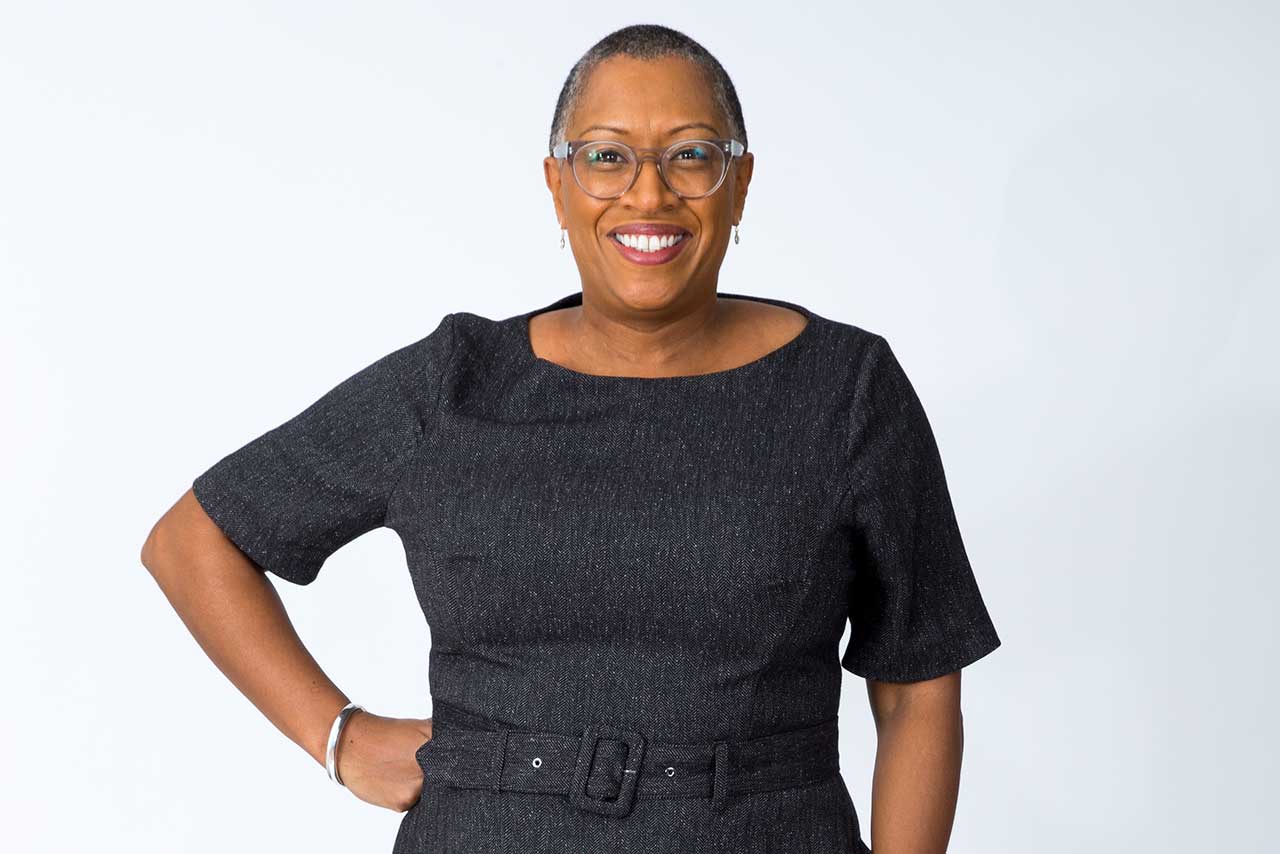 "I've got the golden ticket," the intro to Sarah Jenkins' recent tub-thumping piece for Campaign’s issue focused on celebrating BAME talent read. And, boy, does she deserve it. "SJ" has had to put up with a lot of crap during her career – no doubt linked to her ethnicity and gender – but has remained a positive force and has risen up the ranks regardless. Warm, energetic and driven, I can't wait to see her boss it as she grows into her new role at Saatchi & Saatchi. 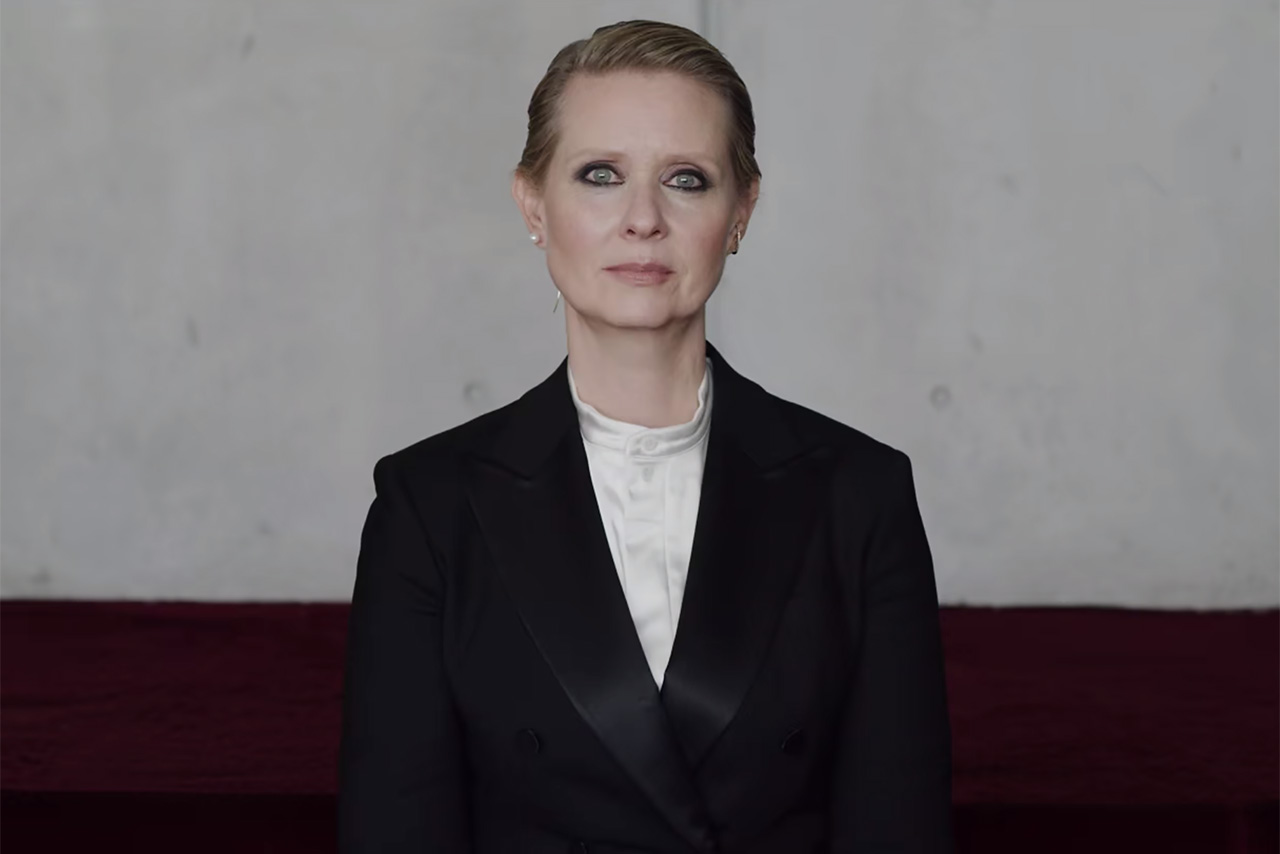 Cynthia Nixon is so brilliant that you forget how brilliant she is until you are reminded of the latest brilliant thing she has done – as I was this very month when she featured in this video to rail against the impossible standards that women are expected to live up to. Forget Sex & The City (even though she was the best thing about that otherwise overrated farce); she has fought against sexism in the city in a courageous bid to become governor of New York in 2018 and has been a long-time same-sex marriage advocate. Oh, and I almost forgot that she made history by appearing in two Broadway shows at the same time when she was just starting out in her career. 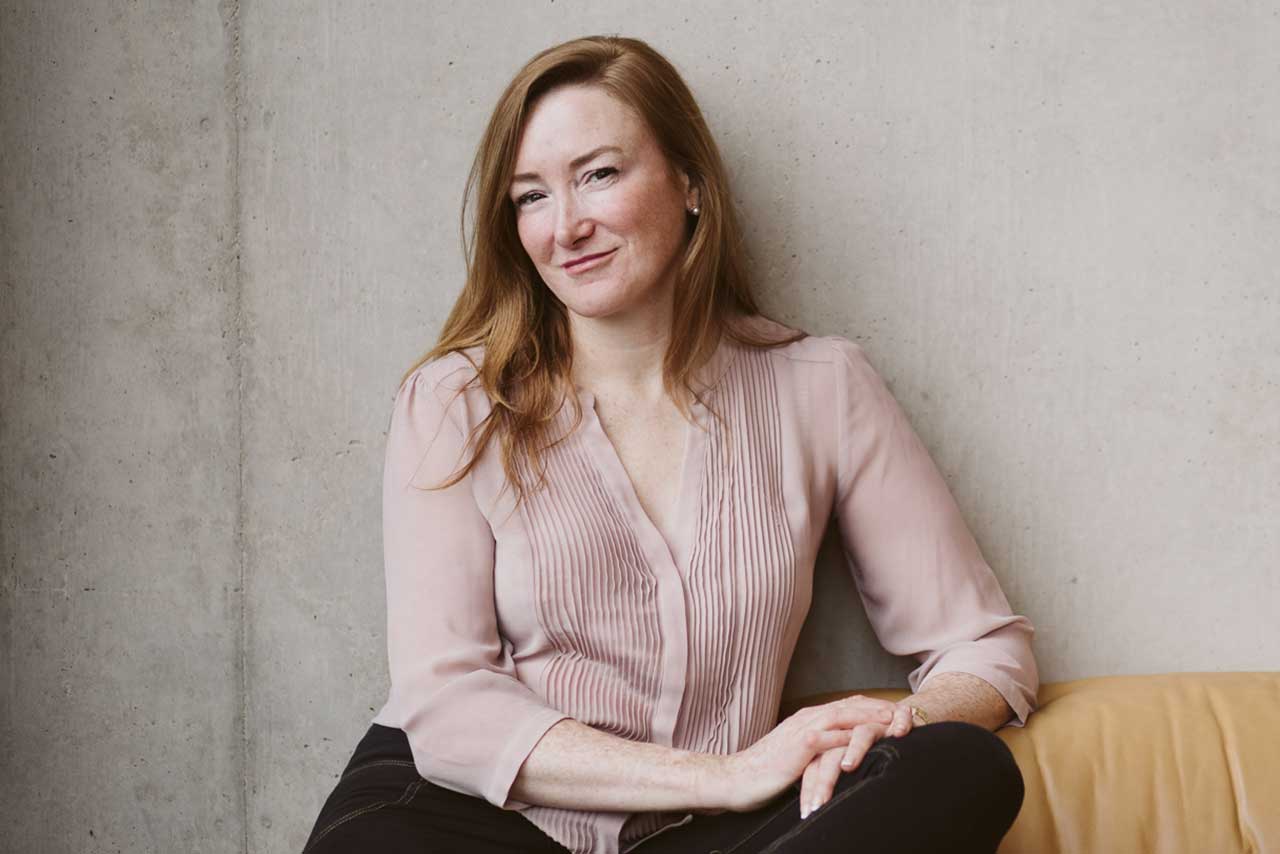 The brilliant Ally Owen has already launched the careers of 50 young people from a diverse range of backgrounds and her ambitious and collaborative nature, coupled with her eagle eye for raw talent, means hundreds more will get to realise their creative ambitions in 2020 and beyond. Always an unashamedly straight talker, she encourages everyone driving change to keep asking the tough questions. Cheers to you, Ally. 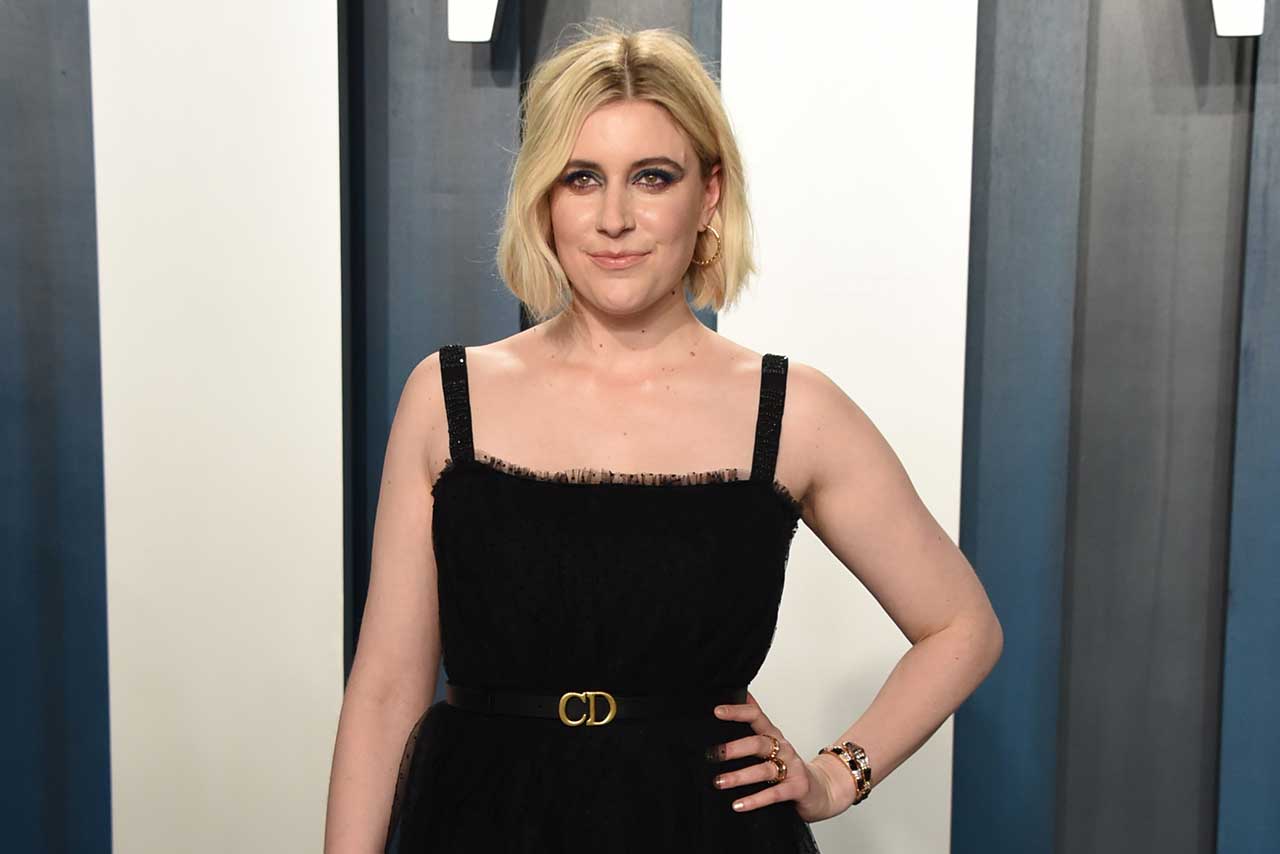 I want to see everything that Greta Gerwig makes, ad infinitum. As an actress and writer, she shows us that female characters needn’t be precious, lovely, delicate things and could perhaps even be people who aren’t all that likeable (see Mistress America, 20th Century Women). But it is as a director that Gerwig’s talent evidently lies. Lady Bird is such a warm, funny, spot-on coming-of-age tale (we’ve all met a Timothée Chalamet, no?) that I wanted to watch it again immediately after it finished. With Little Women, she has updated a much-loved story with respect to Louisa May Alcott’s sentiment without ever seeming deliberately "woke", with a delightfully meta ending. Love, loss, ambition – through her work, Gerwig tells us that these are not minor, frivolous stories that speak only to other women and girls, but to us all. 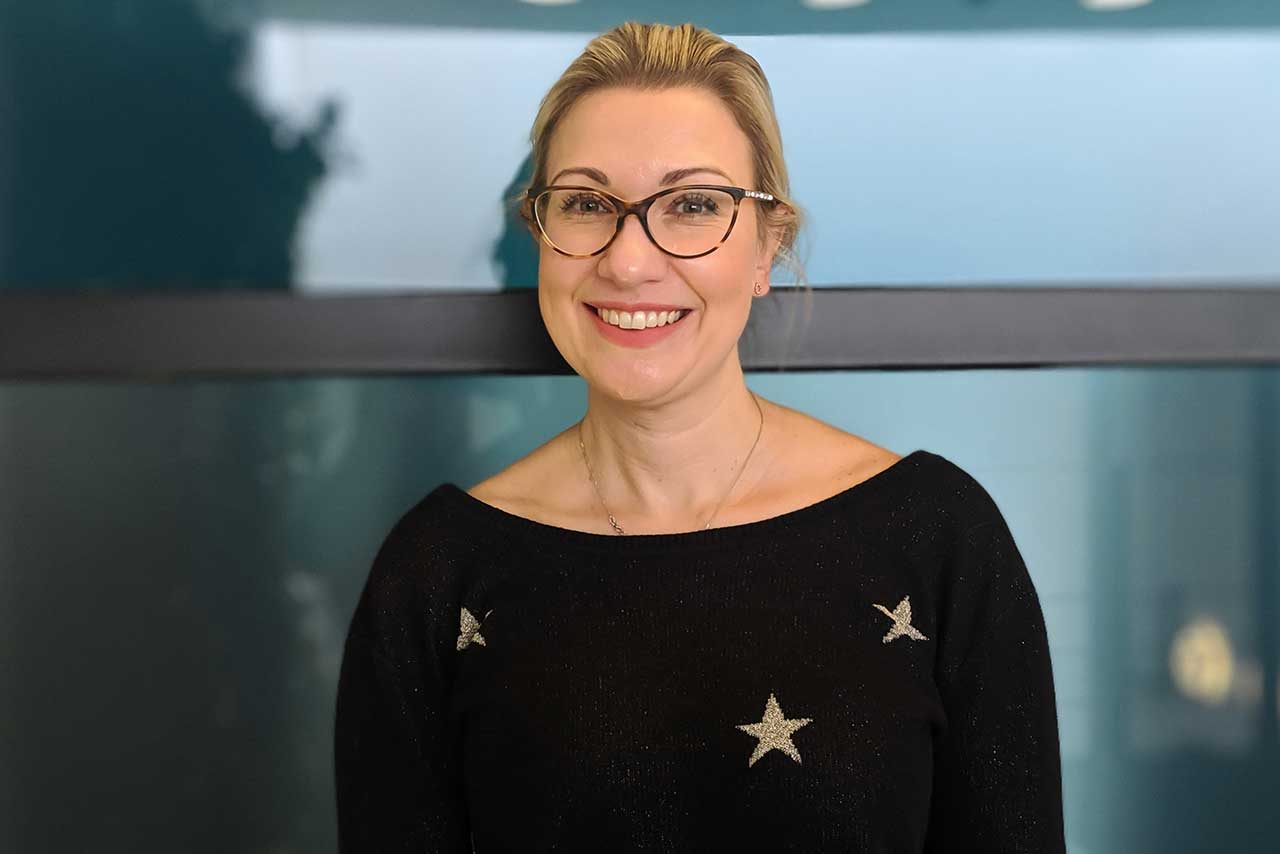 Head of social and influence, VCCP

There are so many difficult things that people go through in life (anything from cancer and addiction to divorce and the menopause), but we wouldn’t dream of sharing such issues in the workplace. Instead, many suffer in silence, when actually talking about it at work and being open with your boss can help make life that little bit easier.

After her battle with cancer last year, Nicky Palamarczuk vowed to bring taboo topics to the forefront. As a result, she has been bringing people together to talk about how they have overcome their battles. By sharing stories, we are all learning more about these topics and Palamarczuk is helping to make this industry a better place to work in. 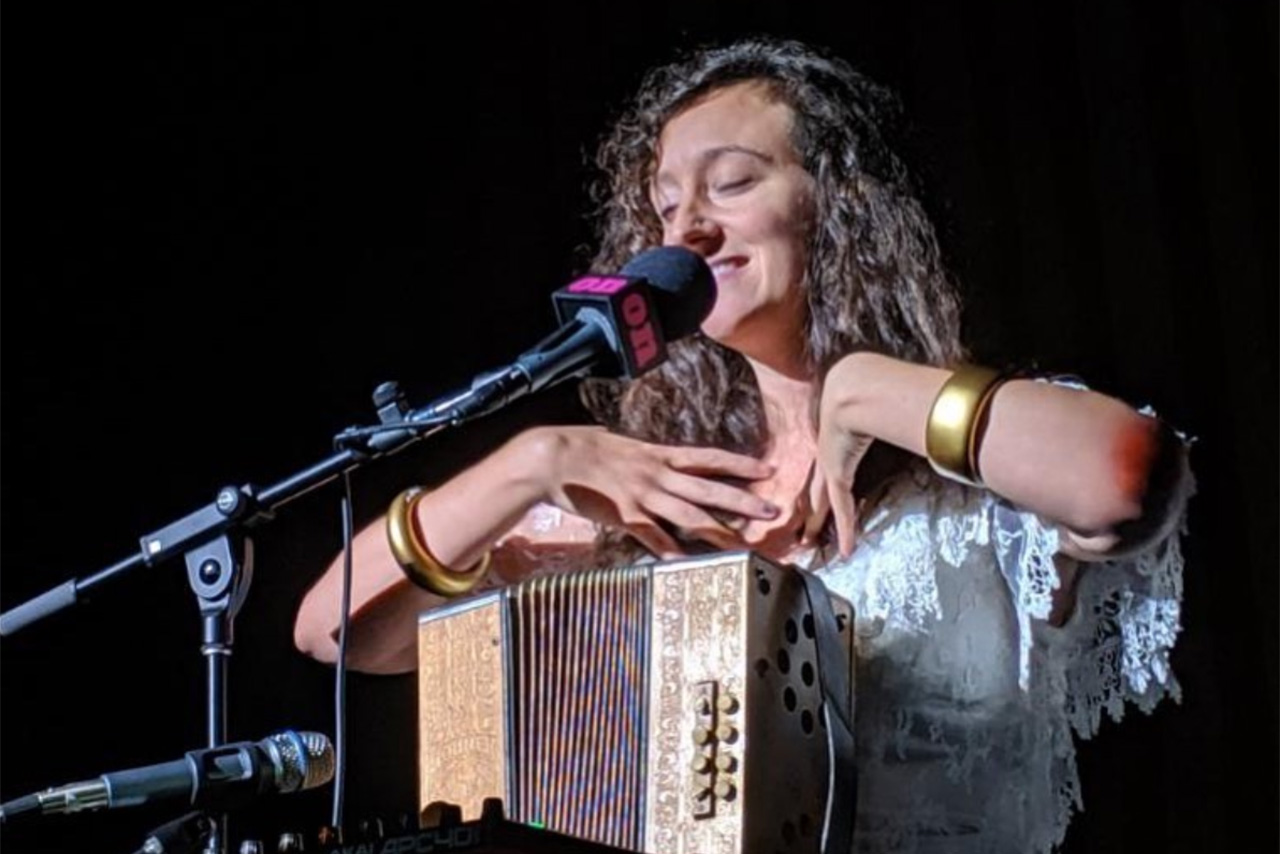 Kaitlin Prest, a US-based producer and artist, is best known for her podcast The Heart, particularly the series "No", which was an honest and nuanced exploration of consent before the #MeToo movement even entered pop culture. Now, with her audio company Mermaid Palace, she is pushing the boundaries of the medium. I can’t wait to listen to her latest series, Asking for It, about domestic violence and breaking the cycle of abuse. You probably don’t need another podcast recommendation, but The Heart and Prest’s other projects should be top of your list. 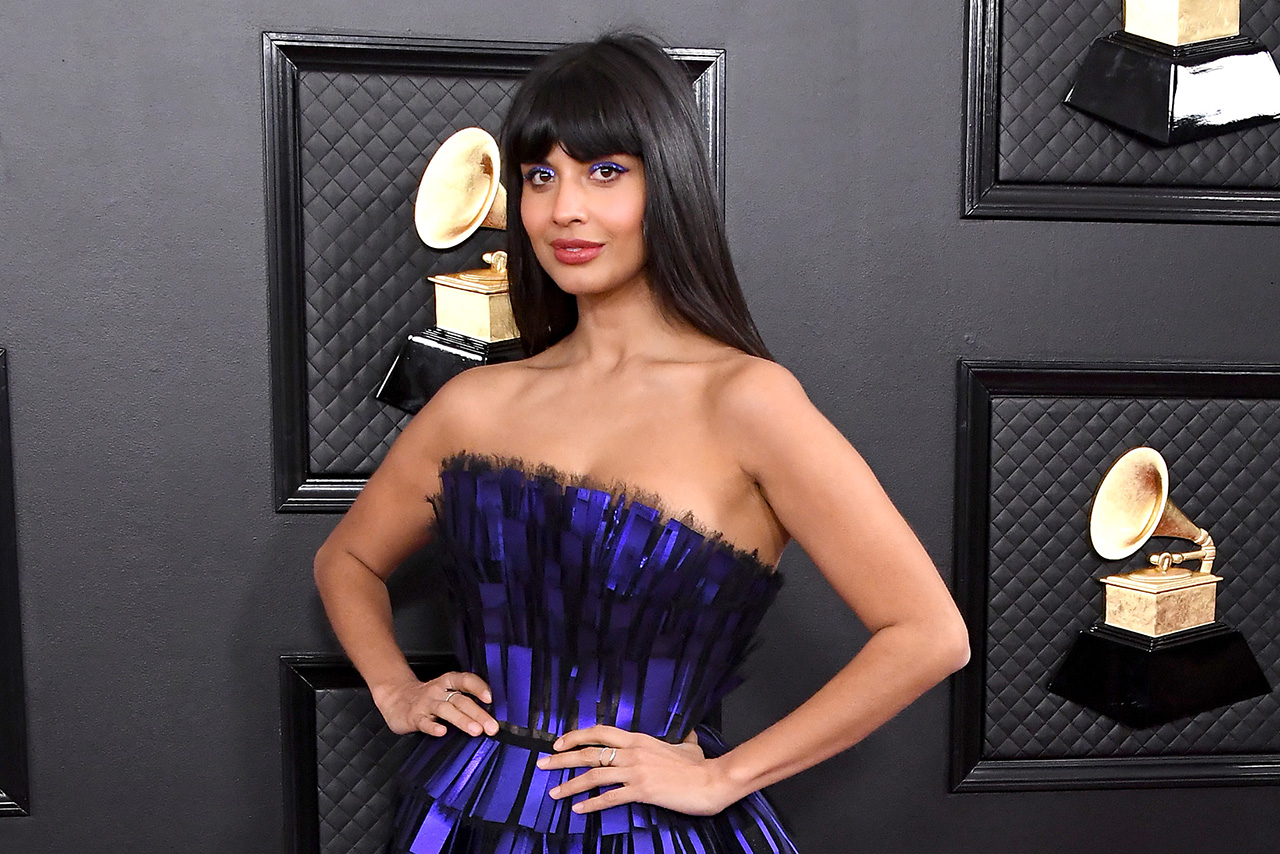 Jameela Jamil is a powerhouse – a phenomenal woman. And I’m a total fangirl. Her bad-ass feminist campaigning has resulted in Instagram banning the promotion of weight-loss products, while through her movement I Weigh, Jamil has been giving the middle finger to women being judged on "how little space they are taking up". She encourages me to think about how I positively take up space in this world. In the midst of mindless scrolling through influencers’ edited feeds of their picture-perfect lives and anatomically-impossible-to-achieve bodies, Jamil is the antidote your mental-health needs. 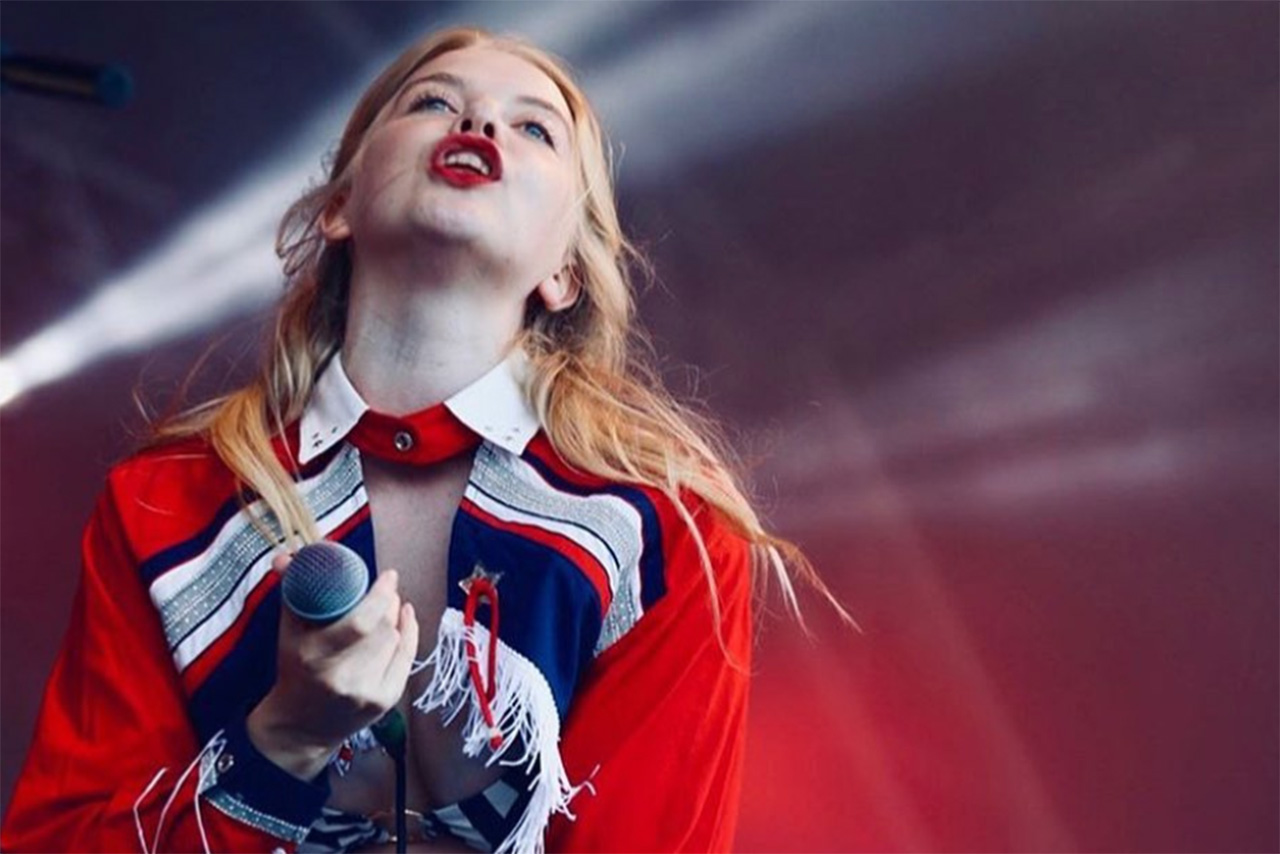 A kamikazee of stellar vocals and vintage clothing, Dream Wife’s Rakel Mjöll is calling out the music industry on its bullshit. Mjöll and the rest of her band (Alice Go and Bella Podpadec) spearheaded a "girls to the front" initiative at their shows – allowing female-identifying people to embrace the show in a safe space – but the singer also called out Citadel Festival on its male-dominated bill last year, deeming the line-up (which they were a part of) a "joke". Dream Wife tackle rape culture and champion female empowerment, and their efforts are nothing short of golden. 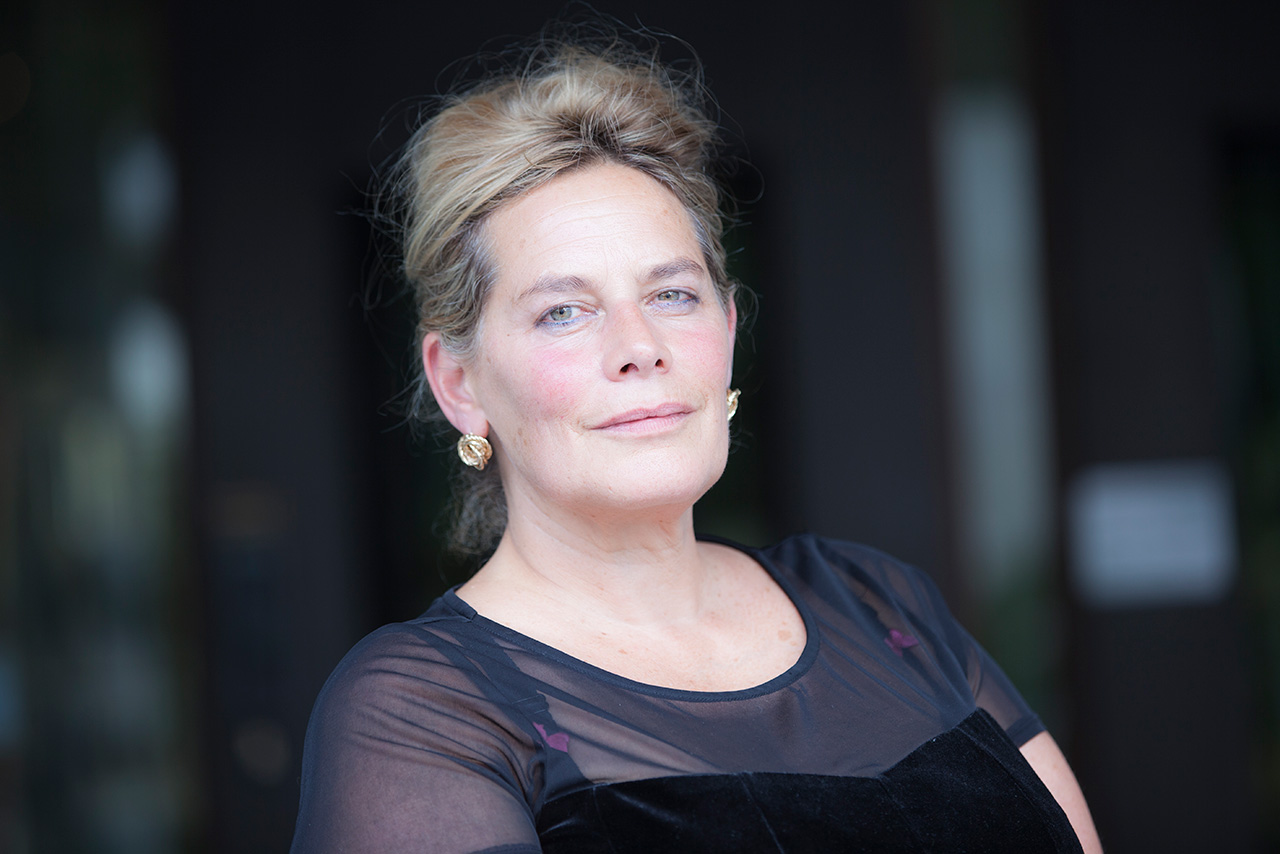 I love how Deborah Levy’s powerfully sharp and spiky female characters show their steeliness in unexpected ways. Take Isobel, the war correspondent and cuckolded wife from Swimming Home, who appears to collude in her husband’s infidelity in order to make her own bid for freedom. Levy’s protagonists upend expectations and norms, just like the author herself. When she reached the age of 50, Levy’s marriage fell apart, leading to the dissolution of the family home; the untethering provided a release for a highly productive writing era. Her candid feminist manifesto, The Cost of Living, bravely reveals her insight into the emotional tax that being a wife and mother, or simply a member of society, can take on the female creative. "Life falls apart. We try to get a grip and hold it together. And then we realise we don’t want to hold it together," Levy writes.

The women of Hear Me Adland 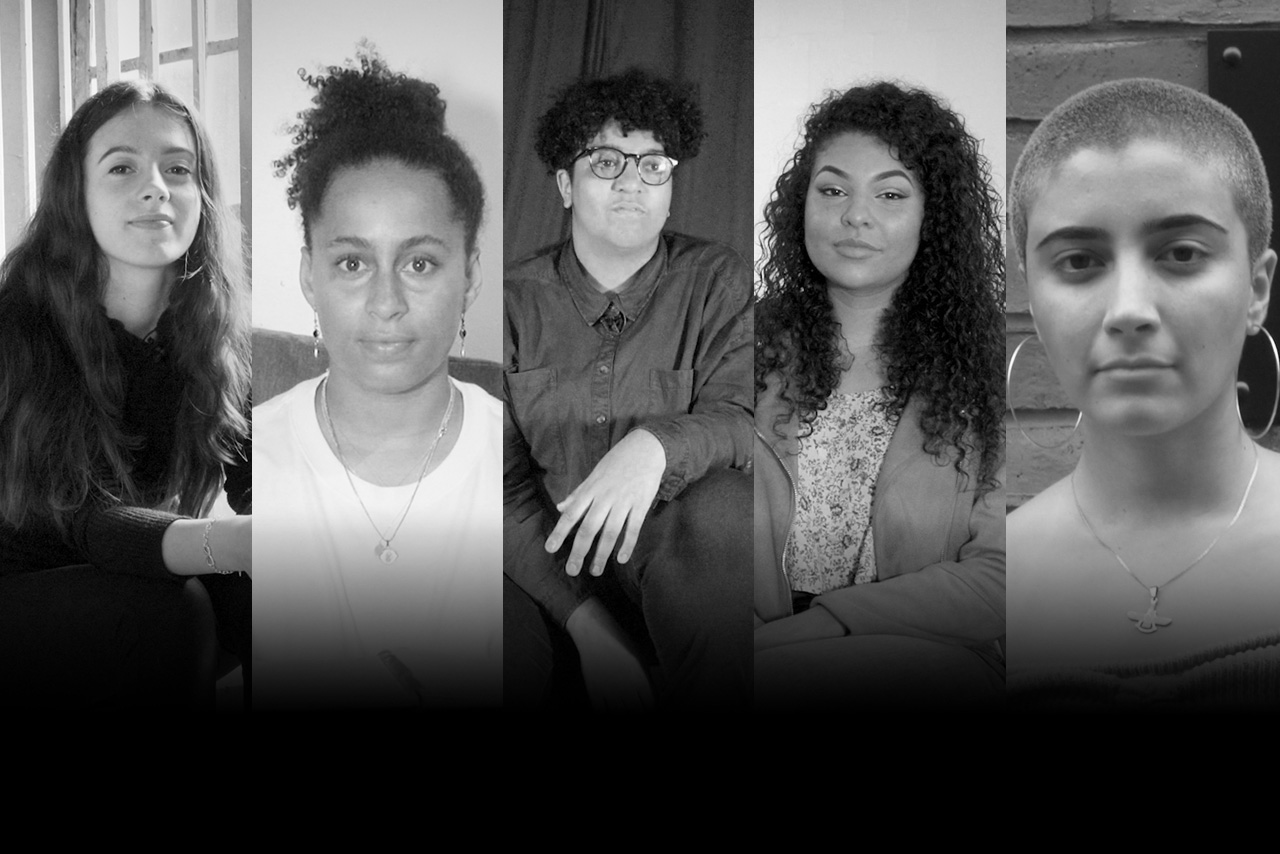 All of the inspiring women who were involved in the Hear Me Adland documentary from last year – Nadine, Holly, Hannah, Chloe and Shanandore. They were standout participants in their respective programmes, Night School and Brixton Finishing School, demonstrating overwhelming talent and a real drive to get into the creative industries. They are now all grinding away in full-time roles or school/university programmes such as School of Communication Arts 2.0. Definitely ones to watch for the future.

As chosen by Ben Londesbrough, head of video production 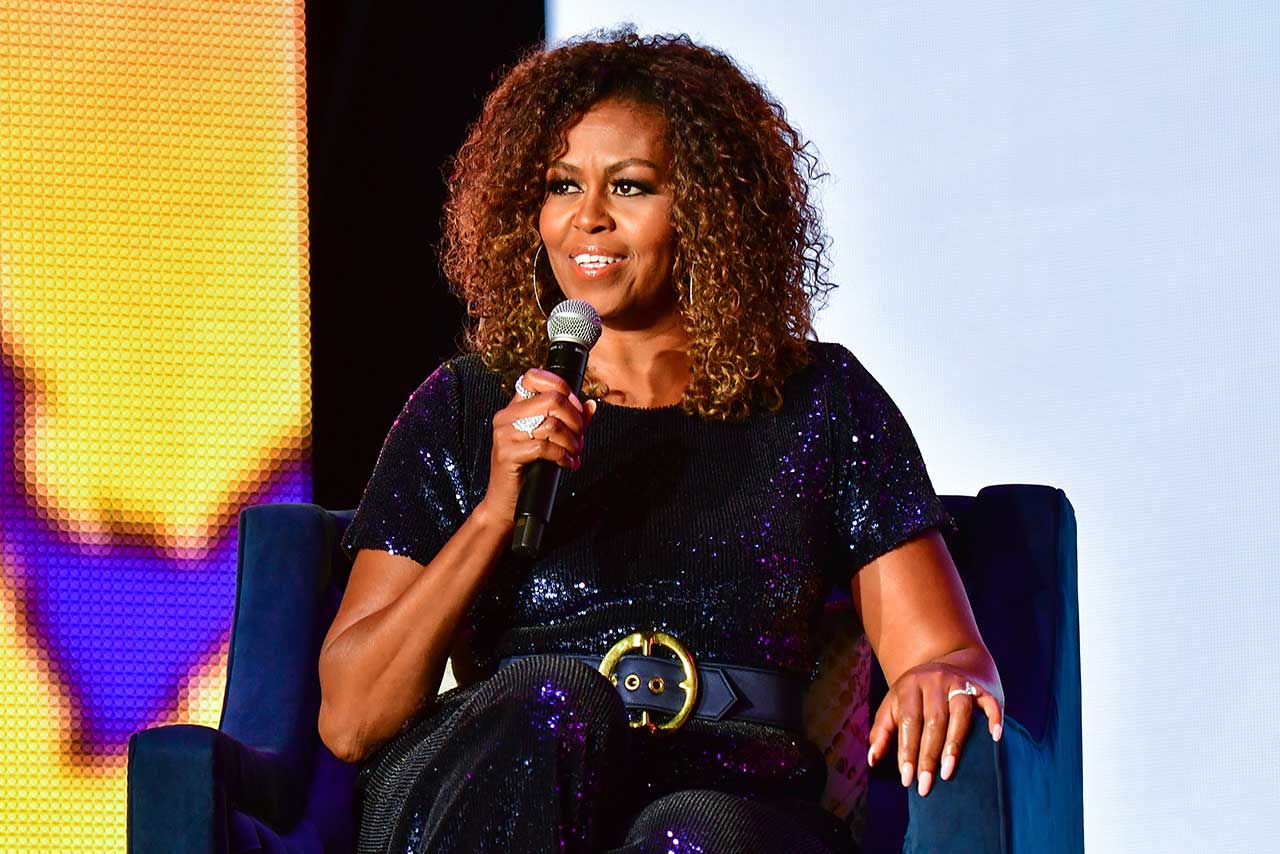 Former first lady of the US

From the moment Michelle Obama stepped on to the global stage, I have admired her as a strong figure and a statement for where hard work and determination can get you. She has used her platform as a force for good and champions the rights of women and girls. The former first lady is a strong advocate for education and has created initiatives to help girls whose access to opportunities is limited. The Obamas use their star power for good, backing documentary American Factory, which delved into the economic changes and hardship facing Americans, to tell a story that many of us would have never seen. As a black woman, she has helped to break the stereotypes often portrayed in the media and showcase herself as an unpretentious, multifaceted character. We can all look forward to more from Michelle as Higher Ground, the production company owned by her and Barack, has announced several projects in the coming few years, ranging from non-fiction series to films.

The brands making the best impressions on women in Asia-Pacific

Campaign podcast: Are brands getting it wrong over International Women's Day?

Microsoft is encouraging girls to express creativity through technology