The hotly anticipated John Lewis Christmas ad is here and Buster the Boxer is the new star.

John Lewis has released its 2016 Christmas ad, which captures the joy of a gift that everyone loves, told through the story of a dog called "Buster the Boxer" and his family at Christmas.

The story begins on Christmas Eve, when a little girl is bouncing on her bed watched by Buster the family dog. Her mum tells her to stop bouncing and go to sleep. Meanwhile in the back garden, the girl’s dad is building her present – a trampoline. Overnight, a series of animals creep onto the surface and enjoy bouncing on it, including a pair of foxes, a badger, a squirrel and a hedgehog. Buster, the family’s dog, watches them from inside with envy.

On Christmas morning, the little girl rushes into the back garden excited to try out the trampoline, but Buster beats her to it.

The ad is more joyful than previous campaigns. Craig Inglis, the customer director at John Lewis, said: "2016 has certainly been quite a year, so we hope our advert will make people smile. It really embraces a sense of fun and magic, reminding everyone what it feels to give the perfect gift at Christmas."

The film is set to a cover of the song One Day I’ll Fly Away, recorded by British band Vaults.

Teaser videos have been running online since Monday, using the hashtag #BounceBounce.

"Buster the Boxer" was created by Adam & Eve/DDB - the copywriter was Ben Stilitz and art director Colin Booth.

It was directed by Dougal Wilson, through Blink, who has directed three of the retailer’s previous Christmas ads, including 2011’s "The long wait", 2012’s "The journey" and 2014’s "Monty’s Christmas".

All the animals bouncing on the trampoline were created with CGI by MPC.

The media planning and buying through Manning Gottlieb OMD. The film will be broadcast on ITV at 9.15pm. The ad will also feature on the dashboard for Sky customers – the first time this space has been offered to a commercial partner. The brand will release a "making of the ad" film and bespoke content about British wildiife, presented by Wildfire TV presenter Patrick Aryee, which will be exclusively available to Sky’s 12 million customers via the On Demand homepage and Sky Go. 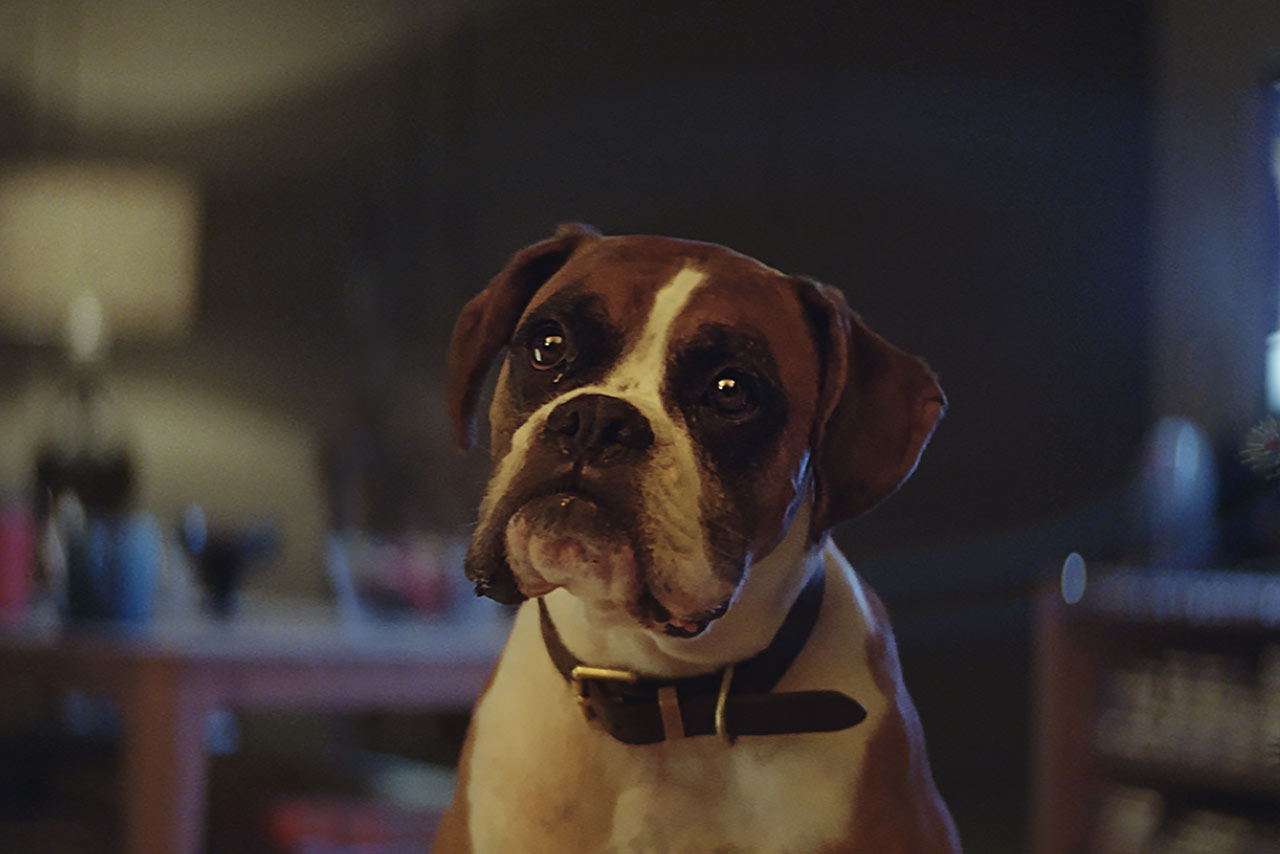 The campaign includes an immersive virtual reality experience using Oculus Rift VR at the retailer’s flagship London store, a 360-degree film experience on John Lewis' website and YouTube, and a bespoke Snapchat lens to transform users into Buster. Throughout December, customers visiting any of John Lewis’ 48 shops will be able to apply a Snapchat filter to their pictures taken while in store.

Until Sunday 13 November, people will be able to use bespoke Twitter stickers so they can personalise their own photos with Buster and his friends.

John Lewis has also created a series of merchandise around the film, including stuffed toys of Buster, the foxes, badger and hedgehog. It will also sell mugs and pyjamas featuring Buster. Some of the money raised from selling these items will be donated to The Wildlife Trusts.

The charity's chief executive Stephanie Hilborne said: "The Wildlife Trusts believe that everyone should have the opportunity to experience the joy of wildlife and wild places in their daily lives. So John Lewis putting some of our most beautiful British wild animals at the centre of their Christmas advert and making The Wildlife Trusts their charity of choice this Christmas is great news. With this support we will be able to inspire thousands more children about the wonders of the natural world."

What brands need this Christmas is to bring VR to life

John Lewis "the man on the moon" by Adam & Eve/DDB