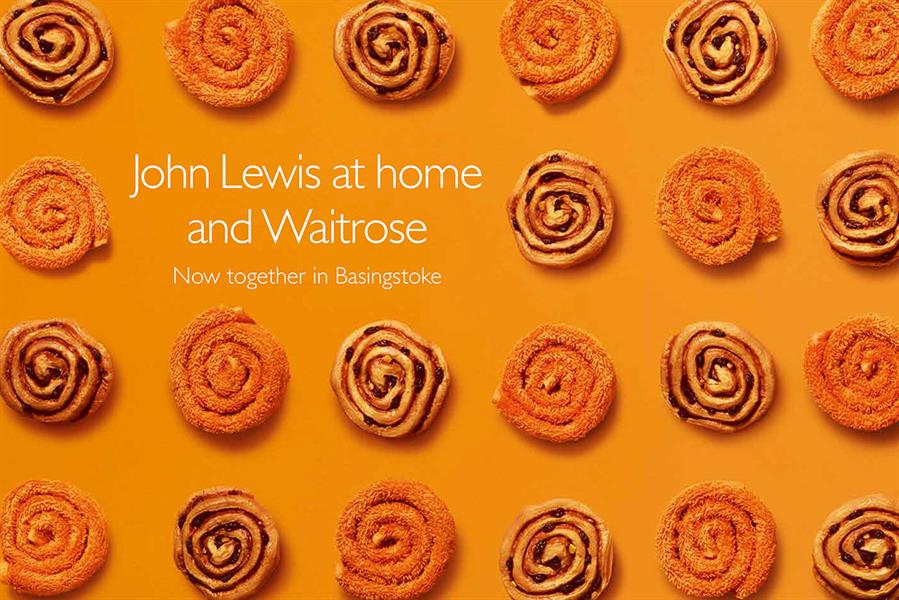 It's fast becoming a tradition.

For the past two years, around the same time as the Christmas campaign is released, John Lewis has launched beautiful regional press and poster activity. Last year, it was for the Southampton store. This year, it’s Basingstoke. The ads combine images of similar-looking homewares and foodstuffs to promote the coming together of John Lewis at Home and Waitrose in Basingstoke. The work was created by Adam & Eve/DDB, which holds both the Waitrose and John Lewis ad accounts. It was written by Alex Lucas, art directed by Jon Farley and shot by Victoria Ling through Siobhan Squire.

Cowboy "Ride on" by We Are Pi

Ocado "Just for you" by St Luke's

Private View: Did we reach peak Christmas? (with Trevor Robinson and Simon Lloyd)