After a strong start, the latest John Lewis Christmas ad is failing to keep pace with its predecessors in awareness and word of mouth scores, YouGov data shows.

The polling company compared scores for ad awareness – the number of people who said they had seen an ad for the brand – and word of mouth – the number who had talked about it with friends and family – for the last five John Lewis festive campaigns:

In the early stage, "Moz the Monster" led the pack, achieving the highest day-one score for ad awareness, and the highest word of mouth score for the first five days. 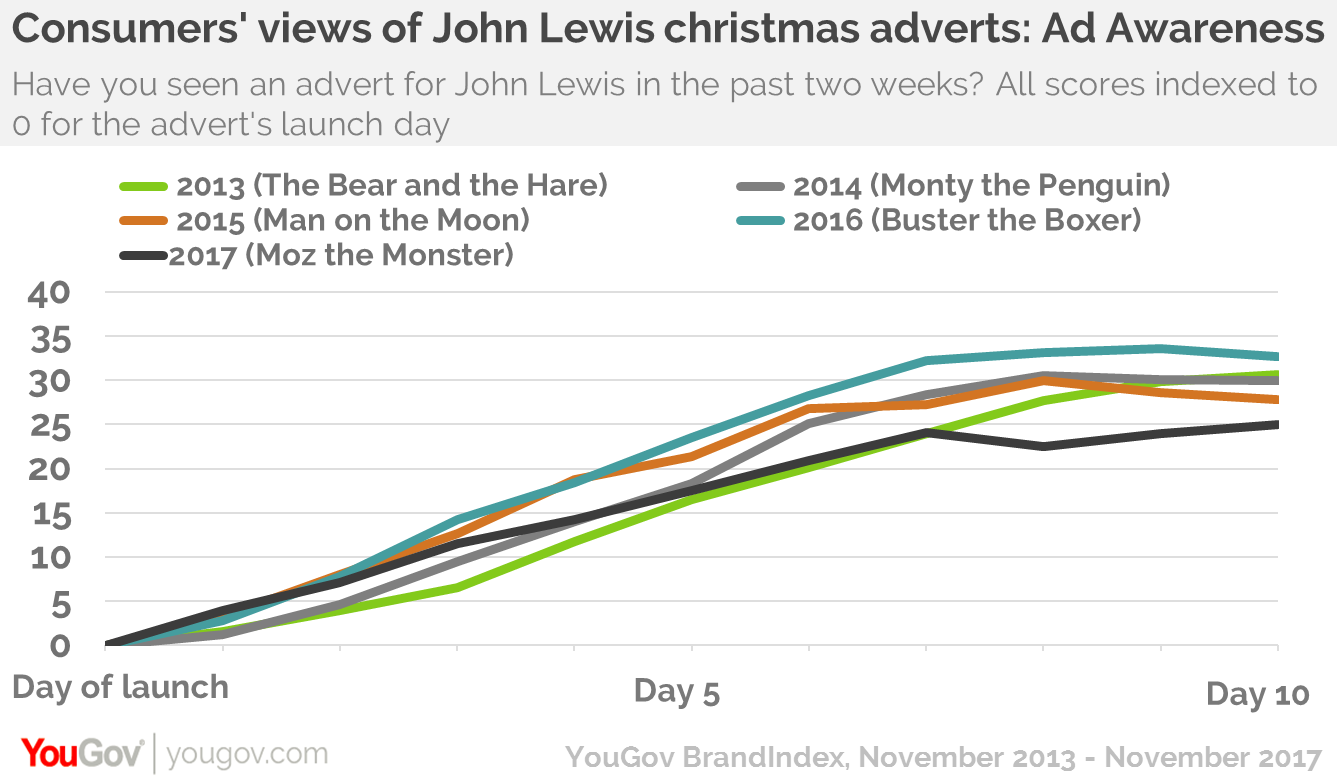 But the campaign, created by Adam & Eve/DDB, then started to fall behind, slipping into last place on both measures on the eighth day of its run. 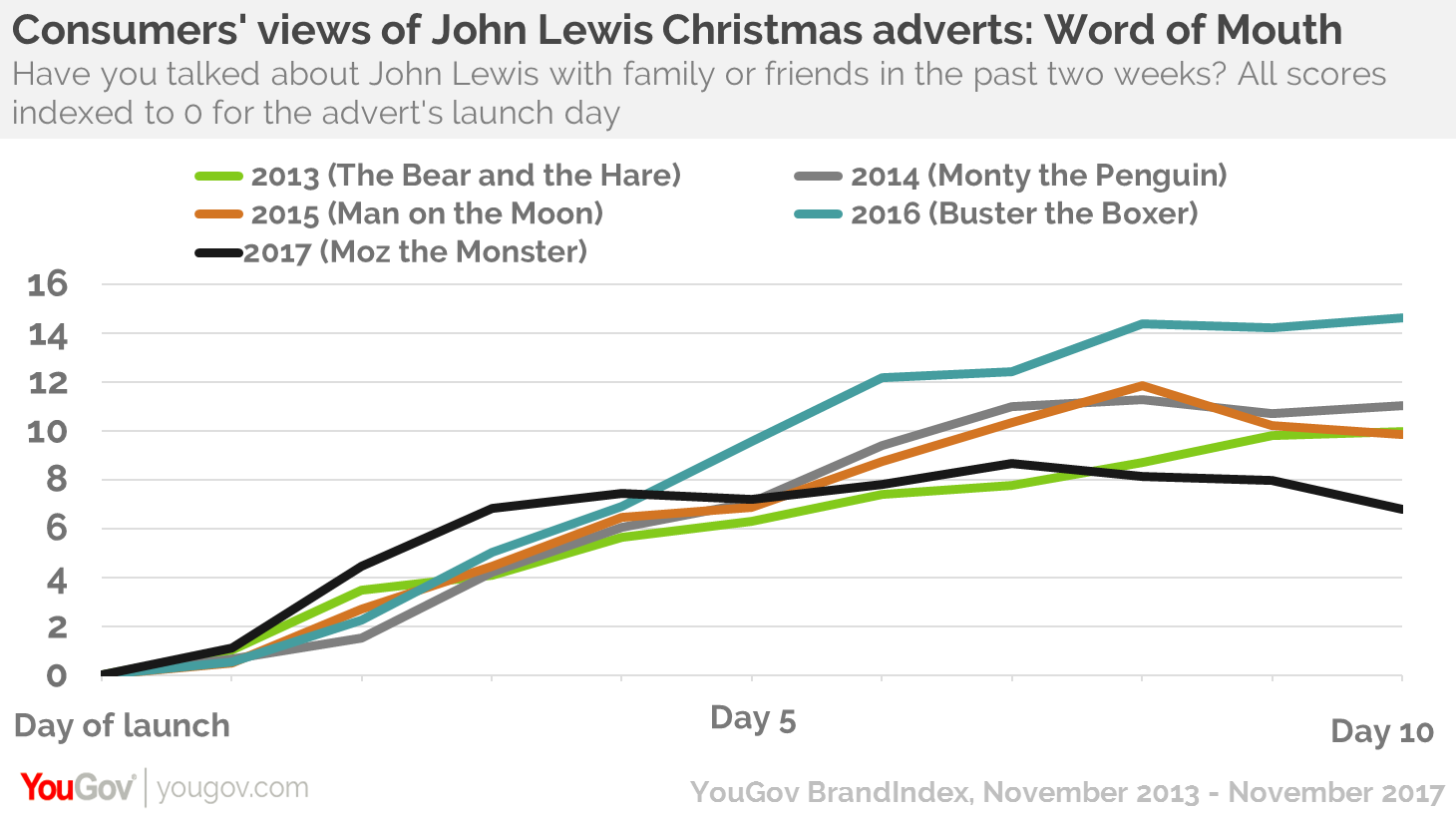 Despite the comparably low numbers for "Moz the monster", Amelia Brophy, head of data products at YouGov, said the ad was still comfortably outperforming Marks & Spencer’s "Paddington and the Christmas Visitor" by Grey London, which achieved an ad awareness score of only 12 after 14 days.

Brophy said: "Every year some believe the John Lewis formula is beginning to age and every year the brand’s ad awareness jumps sharply on the ad’s release. And it is the same story with ‘Moz the monster’ leading to a sharp uptick in ad awareness.

"While it’s great for the brand to have such a highly anticipated and viewed campaign, getting it to shape consumer behaviour is another matter. Will it drive people into John Lewis over the next six weeks?"

Watch it again - you know you want to

Inside John Lewis's most experience-led store to date

John Lewis to put marketing in the hands of staff

Agency of the Year 2017: words from the winners

Race discourse and advertising: UK, we have a problem