A week after J. Walter Thompson’s Gustavo Martinez was hit with a bombshell discrimination lawsuit, WPP has announced that the CEO has resigned and is being replaced by WPP chief client team officer Tamara Ingram.

"By mutual agreement, Martinez has resigned in the best interest of the J. Walter Thompson Company," WPP announced.

Ingram has held the role of chief client team officer at WPP since 2015 and has been overseeing the holding company’s 45 global account teams, representing one-third of WPP’s $20 billion in revenue and more than 38,000 employees working on those accounts.

Prior to the chief client team officer role, Ingram was president and chief executive officer of Team P&G, a position she held since 2007.

Rogers has been leading business development for the holding company since 2011. He joined WPP in 2005 when he was named chief executive officer of Team Detroit. He joined WPP from Mullen, where he was executive vice president.

The trouble for Martinez began last Thursday, when JWT chief communications officer Erin Johnson filed a lawsuit in federal court in Manhattan alleging that he repeatedly made racist and sexist comments that rendered it "impossible for her to do her job." Martinez complained about "fucking Jews" and called black people "monkeys" in front of employees. He also made repeated rape jokes focused on Johnson and other female staffers, the suit says. 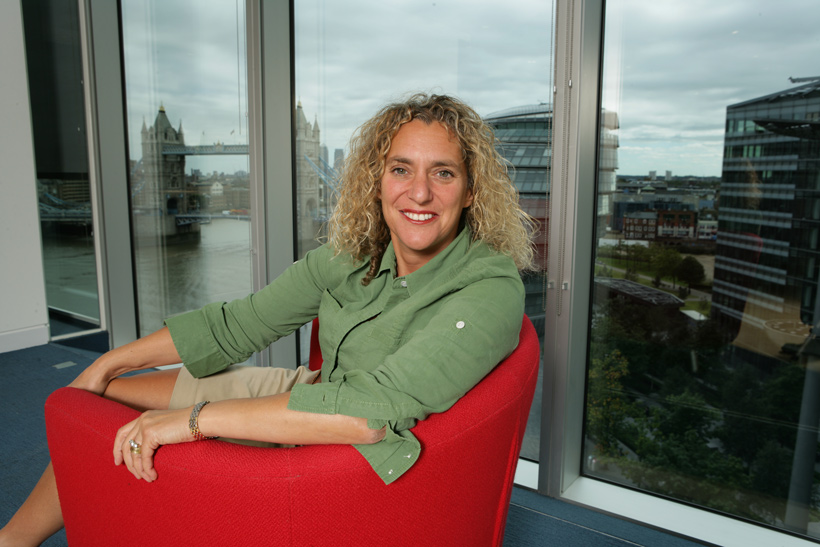 "Come here so I can rape you in the bathroom," Martinez allegedly said before grabbing Johnson’s neck and laughing. In another incident described in the suit, he allegedly told employees he would avoid the "black monkeys" and "apes" at airport customs because they "don’t know how to use computers."

Martinez vehemently denied the accusations when the suit was filed, and WPP quickly sent a memo to agency executives saying the holding company was investigating the matter. "WPP’s lawyers have been conducting an enquiry into previous correspondence on these matters since February 25 and have found nothing, as yet, to substantiate these charges," it said.

Though nobody at JWT or WPP came forward publicly to corroborate Johnson’s claims, evidence against Martinez began to mount. Acknowledging he was the reporter in the lawsuit whom Martinez told Westchester had "too many Jews," Campaign US editor-in-chief Douglas Quenqua wrote a column detailing the interaction.

On Sunday, a lawyer for Johnson told Campaign US that Martinez appeared on tape in 2015 joking to top agency executives about fears he would be "raped" but "not in a good way" by African American hotel guests in Miami — an incident referred to in the 28-page lawsuit. On Monday, Johnson’s lawyers confirmed that they were in possession of email messages that Johnson sent to the firm’s chief talent officer, Laura Agostini, requesting that he be given sensitive training. Those emails were mentioned in the lawsuit.

Johnson, who has been with the WPP agency since 2005, remains with the company, but has been placed on administrative leave, according to sources. She referred calls to her lawyers.

Martinez joined JWT in 2014 as global president and future successor to CEO Bob Jeffrey, who had held the role since 2004. Martinez assumed the top job in January 2015.

Though he kept a low profile in the press his first year as CEO, Martinez was busy behind the scenes restructuring the network and stabilizing its New York flagship. He oversaw the formation of Colloquial, a global content-generation shop, and Mirum, a single digital brand formed through the combination of 11 digital shops within the JWT network.

In October, Martinez made Brent Choi, chief creative and integration officer for Canada, responsible for the New York office as well. Choi replaced Adam Kerj, who had stepped in to take over the New York duties when North American CCO Jeff Benjamin departed less than a year earlier, in August 2014.

In February, Martinez said global CCO Matt Eastwood would effectively assume the North American CCO role. "We are covered," he said. "Matt Eastwood by now is covering this job because he's based, the majority of the time, in New York."

"Now with Brent Choi in New York, I can breathe," he added. "I can be honest with you. I think I have the right leadership here." He blamed the previous creative turnover on "some wrong decisions on casting."

"Maybe you can have one of the most creative guys in the world, but if you're asking him to be a manager, the guy's going to fail," he said.

In July, JWT was named lead global agency for Kellog’s Special K cereal. Sources also say it had recently won creative duties for Boxed, a digital big box store poised to challenge Costco and B.J.’s, though the status of that relationship is unknown.

"In this year, I was able to create all the bricks to build up the wall of J. Walter Thompson company," he said in the February interview. "Now I feel that I can knock the door of clients with a very complete and much more structured kind of offer to freely deliver what is my mission."

An economist by training—he holds a bachelor’s and a Ph.D. in economics from the Universitat de Barcelona, and was a Professor of Marketing and Economics in Spain's School of Economics — Martinez first joined the advertising industry in 1993 as manager of the Strategic Consulting department at PWC.

Martinez spent 10 years at Ogilvy & Mather in multiple senior management positions, including global director of brand management, global new business director and COO of Ogilvy Latina, among others. After Ogilvy, Martinez worked as president of Europe and Asiaat McCann Worldgroup.

He was born in Buenos Aires but divided his time growing up between Spain and Canada. He is said to speak fluent Spanish, English, Italian, German and Portuguese.

"Over the past few years Gustavo and I have cultivated a relationship of mutual admiration and respect," said Jeffrey in a statement when Martinez was hired. "He is passionate about the business, devoted to clients and understands that the key asset of the business is the caring, nurturing and understanding of its people. Gustavo Martinez is the future of JWT."

WPP lawyers: Martinez made rape joke to 'lighten the tension'

JWT CEO: 'Diversity and inclusion will be at the top of my agenda'

Ingram thanks Martinez's 'energy and commitment' in JWT email

JWT CEO Martinez says he will not attend 4A's conference