TfL will also run a joint advertising campaign with Kayak to promote free travel on 31 December. The scheme has been running since 2001.

The ads will feature the company’s sheep logo.

Last year TfL failed to find a sponsor to replace Diageo, which had aligned itself with free travel on New Year’s Eve since 2011 as part of its responsible drinking drive. 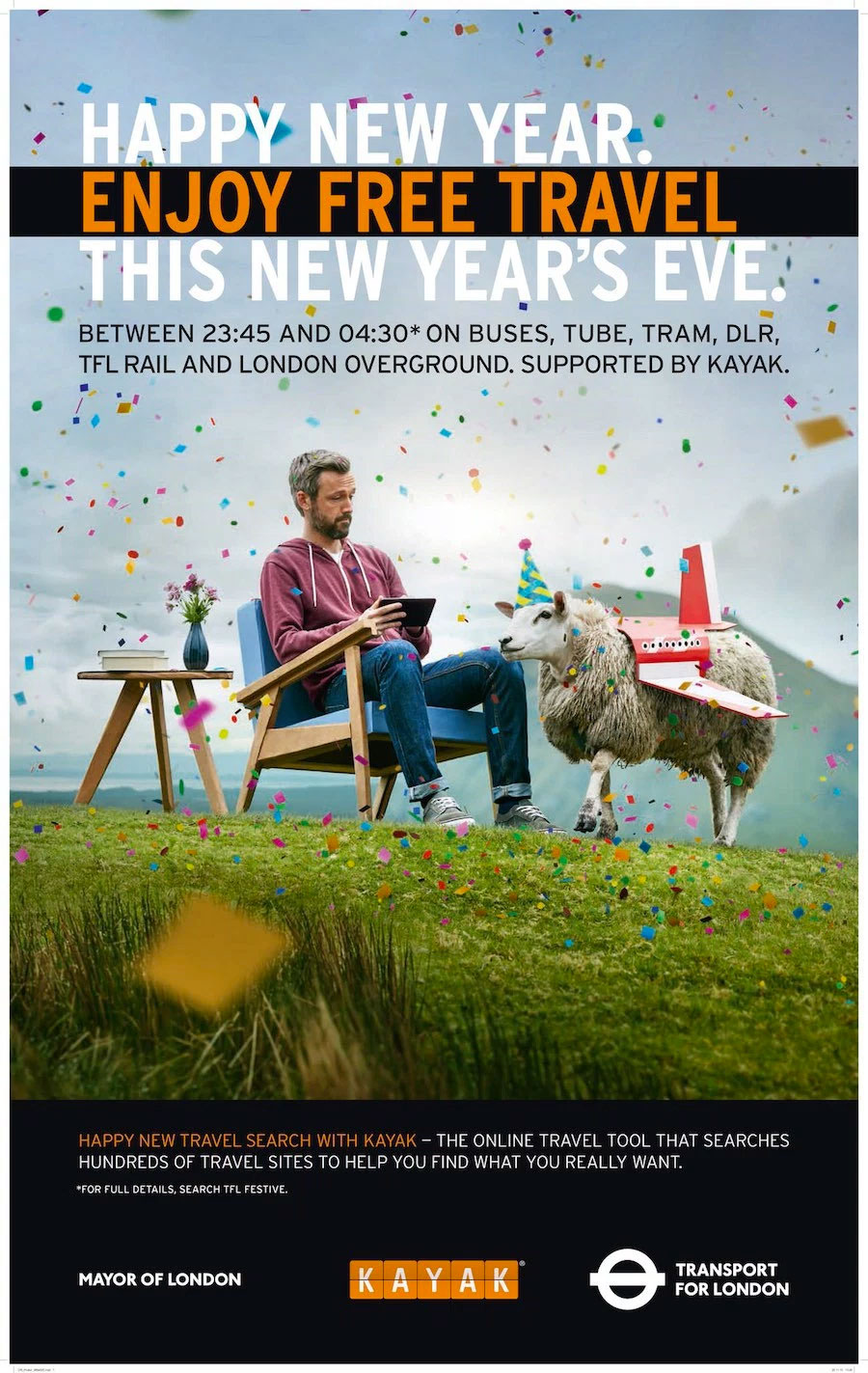 Kayak is owned by The Priceline Group and allows users to compare prices of hotels, flights and cars from the same portal. Most travel comparison sites do not offer all three types of holiday service.

BBH and FCB Inferno knocked out of TfL creative pitch