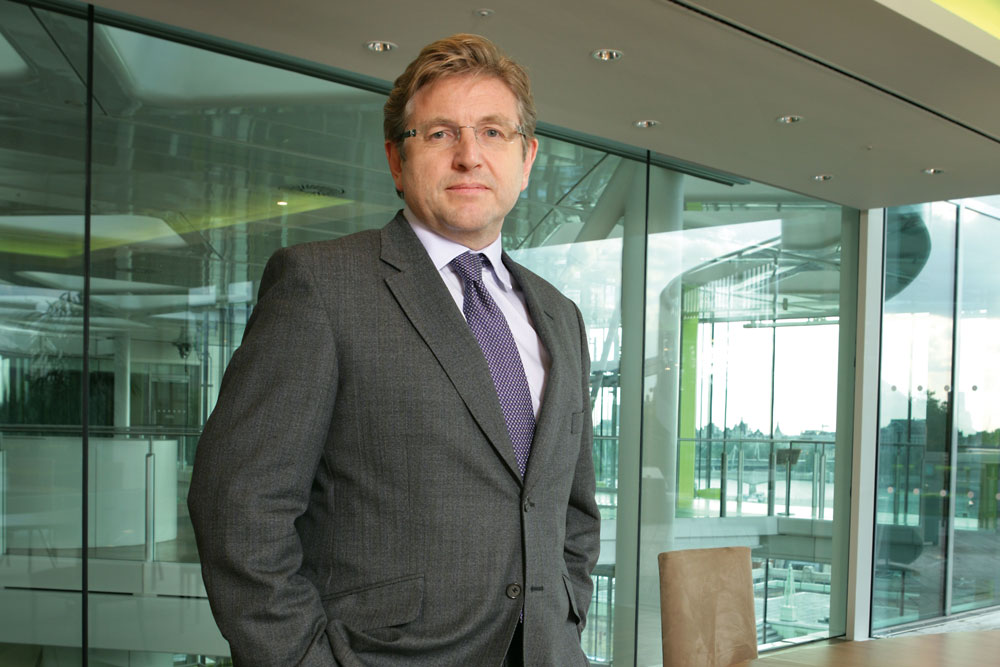 Weed is among the UK’s – and the world’s – most renowned marketers, working for one of the country’s most prolific and big-spending advertisers. With a remit that is broad-stroke, rather than brand-specific, Weed oversees the group’s global vision, including its sustainability and environmental efforts. Accordingly, his proudest achievement is "bringing together marketing, sustainability, communications, market research
and media all under one roof".

Working for a brand owner that embraces digital, it is only fitting that Weed is social-media-savvy. He is an avid tweeter, shares a "mixture of work and personal thoughts and photos" on Facebook and is a self-confessed dabbler in Periscope.

The Keith I Know, by Johnny Hornby, chairman and chief executive, The&Partnership

There are 700 words here, but Keith could speak them in less than a minute. Anyone who has met him will tell you that Keith is a man who talks fast, but only because he thinks and acts fast. And he has plenty to talk about.

Not content with helping turn many of Unilever’s consumer brands into de facto case studies for their respective sectors, he is now well on his way to transforming the Unilever marque into a power brand in its own right.

If you’re trying to get a sense of Keith, this project is instructive. While other CEOs and CMOs deliberated the whys and wherefores of investing in their corporate brand, Keith saw the efficiency and trust that such a strategy could deliver and committed to making Unilever itself stand for something significant in the eyes of its stakeholders. He didn’t set about it by creating a host of peripheral CSR projects either, but by changing the whole way that the business thought about the role of brands and rallying the organisation to his banner.

It has been a long journey. Keith is one of a dying breed of ‘company men’, a veteran of 32 years in the Unilever marketing department. By rights he should have his feet up by now, comfortably ensconced in a pair of his amazing technicolour dreamsocks, (thoughtfully teamed with sports jacket of matching hue), resting them on the end of a laurel-laden gondola. From heading a multi-billion, marketing-led business to chairing the Advertising Association and The Marketing Society, he has done it all. Surely, you might reasonably say, you can stop now.

And yet the opposite seems true. Keith has the infectious, effervescent energy of someone in their first day of a new job, with an undiminished appetite to question, experiment and learn. His annual visit to the Cannes Festival is a case in point: he is everywhere, soaking up the sun, soaking up the rosé, but, most of all, soaking up the new. One of his great qualities is this ability to embrace and assimilate progressive thinking in a way that doesn’t feel faddish or superficial.

That last qualification is important. There is nothing ephemeral in the way that Keith goes about his business. As one of the instigators behind the promise Unilever made in 2010 to double its business while halving its environmental impact, he staked his reputation on the belief that marketing and sustainability are not just compatible but reciprocal – a real leadership position when you consider that, post-crash, many other brands began to see sustainability as a ‘nice to have’ for which consumers no longer had the bandwidth.

Now, it would be fun to have a dig here. To maybe cast this worldview as a kind of ‘Champagne responsibility’, where Keith and his entourage swoosh through Business and into First, off to another clever-clogs conference, ready to deliver another First World solution to a Third World problem. Fun, but, sadly, not accurate.

The truth is that Keith’s belief in the nobility of marketing is not held lightly. He sincerely believes that enlightened consumerism is how we will connect with today’s millennials and genuinely champions his brands’ pursuit of purpose.

No one has done more (I’m thinking here of acknowledged gurus such as Simon Sinek and Jim Stengel) to establish brand purpose as the marketing mantra du jour. It may be fashionable now, but it’s a fashion that other brands have found hard to follow – and the reason it works for Unilever is that it isn’t a conference soundbite or a manifesto ad, it’s a modus operandi that drives everything from supply-chain management to real consumer empowerment.

That, I think, is Keith’s defining quality. He truly understands marketing. Not the frothy, lipstick-on-pig selling that passes for so much modern marketing. No, he champions proper marketing, built on profound insights about what will make a real difference to people’s lives and then using actions rather than words (much as he loves those words) to genuinely make it happen.