A timely, new book on the advertising industry is full of revealing stories, including how Sir Martin Sorrell considered selling WPP to Warren Buffett.

This is an insightful, well-observed, colourful book that should be essential reading for anyone who is interested in the advertising industry – albeit it has a US East Coast view and it focuses heavily on a handful of characters.

Ken Auletta, the media writer for The New Yorker since 1992, has come up with at least one scoop.

Sir Martin Sorrell considered selling WPP before his abrupt exit in April 2018, according to the book.

"Several years ago he did negotiate to sell WPP to Warren Buffett, but they did not see eye-to-eye on the price and the discussions amicably collapsed," Auletta writes, without giving any more detail or revealing his sources.

The yarn, which is buried on page 330, appears to stack up given that WPP declined to comment or contradict it when Campaign asked the company.

The Sorrell-Buffett anecdote is typical of Auletta’s style as he tells his story about the current state of advertising through the eyes of a dozen or so leading players, most notably Michael Kassan, the founder of MediaLink, the advisory firm that has its fingers in so many agency reviews.

Others who talked to Auletta on the record include Sorrell and his wife Cristiana Falcone; Irwin Gotlieb, the then chairman of Group M; Carolyn Everson, the global head of advertising solutions at Facebook; Les Moonves, the boss of CBS; Wendy Clark, the head of DDB; and Keith Weed, the chief marketing officer of Unilever.

Auletta’s premise is that the agency business and, to a lesser extent, traditional media owners such as broadcasters are facing an "existential threat" from frenemies – hence the title of the book and its sub-heading, The Epic Disruption of the Ad Business (And Everything Else).

The threat comes most obviously from the tech giants, particularly Google and Facebook, who are cutting out the middle men of Madison Avenue.

Then there are the brands taking marketing services in-house and going directly to media owners.

And agencies have not helped themselves by making money through rebates and other untransparent practices.

Auletta sees former MediaCom boss Jon Mandel’s tell-all speech about rebates to the US Association of National Advertisers in 2015 as a catalyst that prompted the trade body’s investigation into agencies a year later and a swathe of reviews.

Even if the ad industry can get its house in better order, there could be another existential threat.

Auletta wonders if consumers have become so turned off by advertising that they could be the ultimate frenemies, but he thinks there will always be demand for ad-funded content because less well-off people can’t afford subscriptions.

Frenemies has got a persuasive thesis and the author has got near-perfect timing given that Sorrell lost his job as the book was going to press and the publication date is a fortnight before Cannes Lions.

Most agency leaders will squirm when they read chapters with headings such as "Goodbye, Don Draper" and "The Client Jury Reaches Its Verdict".

There is a striking line from James Murdoch (his father Rupert is MediaLink’s "biggest client", according to the book) who says of the agency holding companies: "The bulk of their business, the buying of media and the analysis of how to generate reach at a low incremental cost, it’s hard to see what their role is 20 years from now. Once you have an investment in machines, it’s just a math problem." 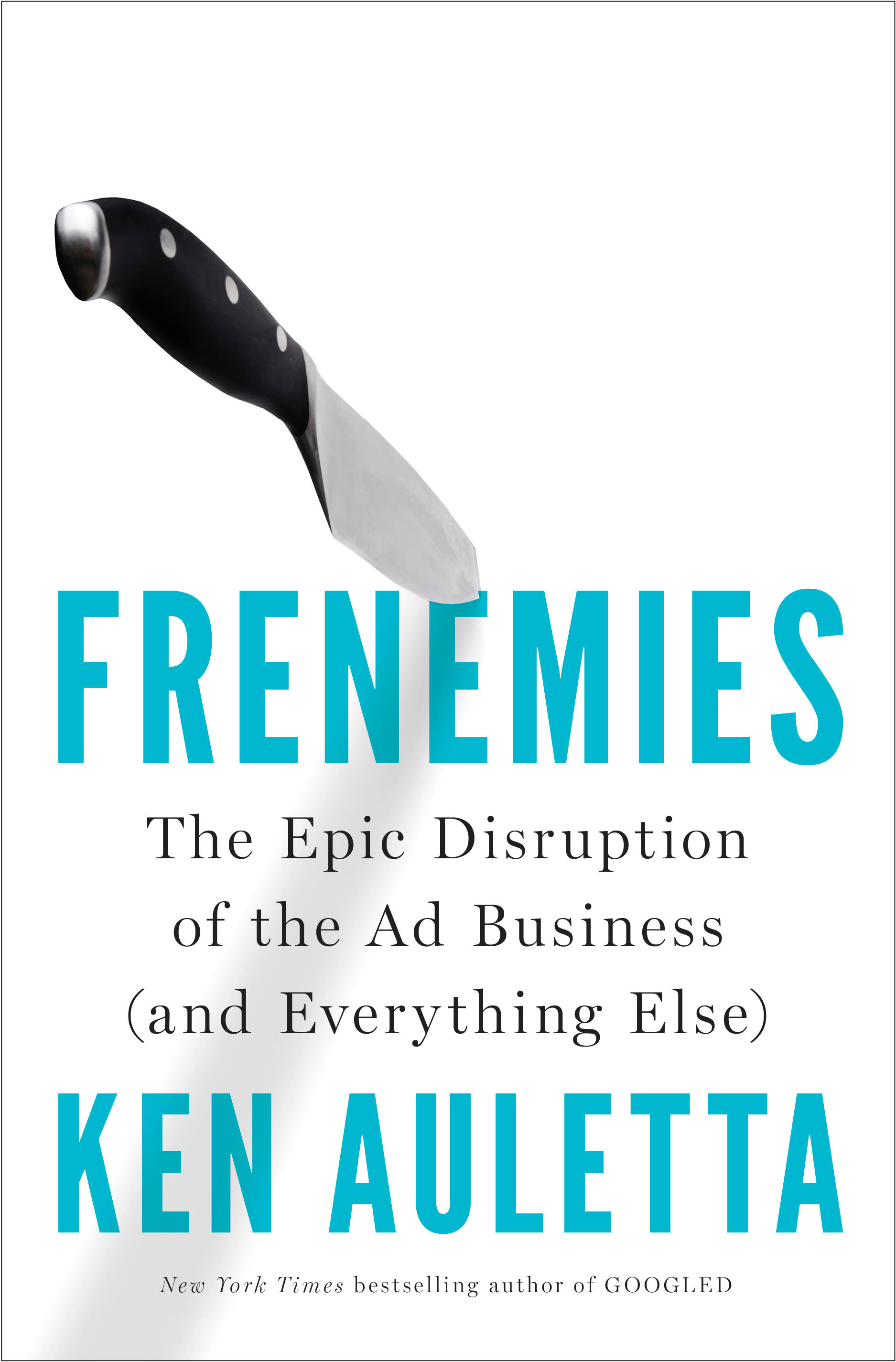 Kassan is the star of the book, meriting no fewer than 50 references in the index compared to Omnicom’s global chief, John Wren, who gets one reference.

Auletta portrays Kassan as a charming networker who knows everyone at the top of the US ad industry and overcame a career blemish in the 1990s (he was suspended as a tax lawyer over financial irregularities but his conviction was later reduced to a misdemeanour and erased from his record) to sell MediaLink in a deal worth up to $200m.

Only towards the end of the book does Auletta concede that MediaLink is a "relatively small company" that employed 120 people.

But Kassan is a raconteur and good copy, which suits the author’s purpose.

"The opportunities for MediaLink become really robust as people come to rely on their agencies less," Kassan says.

Auletta is less sympathetic to Sorrell in the book, which was written before the WPP investigation into his conduct, although there was time to add a page and a half about his exit.

Frenemies captures Sorrell’s pugnacious character and manages to unearth some good details, including that the family name used to be Spitzberg but was changed to make it more Anglicised.

Sorrell also talks about his days at Saatchi & Saatchi in the 1970s and the reverse takeover of Compton Advertising which he describes as the "cornerstone" deal and "brilliant" because it gave the group access to more capital to do more deals – a fact that is all the more intriguing given Sorrell’s launch last week of his new acquisition vehicle, S4 Capital.

Another good line that carries added significance now comes from Cristiana Falcone, who is asked if she could imagine her husband retiring.

"‘No,’ she exclaimed, laughing hysterically," Auletta writes. "‘Can you imagine him in my kitchen putting knives and forks in order? I would have to outsource to a call center in India to call him all the time!’"

Auletta’s book has weaknesses. I didn’t get the sense that he has much affection for advertising as a craft or agency people or their entrepreneurial ethos

This is a global industry and Frenemies has a very American outlook. London and Cannes feature a little but virtually nowhere else in Europe, Asia or Latin America rates a mention.

He all but ignores Google on the grounds that he wrote a previous book, Googled, yet it feels like an oversight given that the search giant is the ultimate frenemy for many in the ad industry.

There were also a couple of misspellings (Univision instead of Unilever and Sedoun instead of Sadoun) in my hardback UK edition but these are quibbles.

Auletta deserves credit for talking to a lot of people in more than 450 interviews and writing an entertaining book.

Frenemies captures the turmoil in the ad industry at a watershed moment.

Taxi rides for book crits: Behind the idea that got two young creatives noticed by ad agencies

#WomenCannes calls for women to wear black at Cannes Lions

'Agencies are at risk of becoming finishing schools for tech titans'

Jerry Buhlmann: Consultants are having an impact on ad industry, but not in media