Fast-food brand dips into the branter bucket with 'Finger lickin’ good' off the menu.

KFC UK & Ireland has engaged in a light-hearted Twitter burst of borrowing other brands’ taglines to highlight the fact that it has still “suspended” its own amid the coronavirus pandemic.

On Thursday, the brand’s Twitter account invited people to tell it which other brands’ slogan it should use #UntilWeCanFingerLickAgain.

As well as posting mock ads on Twitter it booked a London advan and a couple of digital six-sheet panels to show its famous chicken bucket sitting on top of borrowed taglines such as “I’m lovin’ it”, “Just do it” and “Gives you wings”.

The campaign was created by Mother. 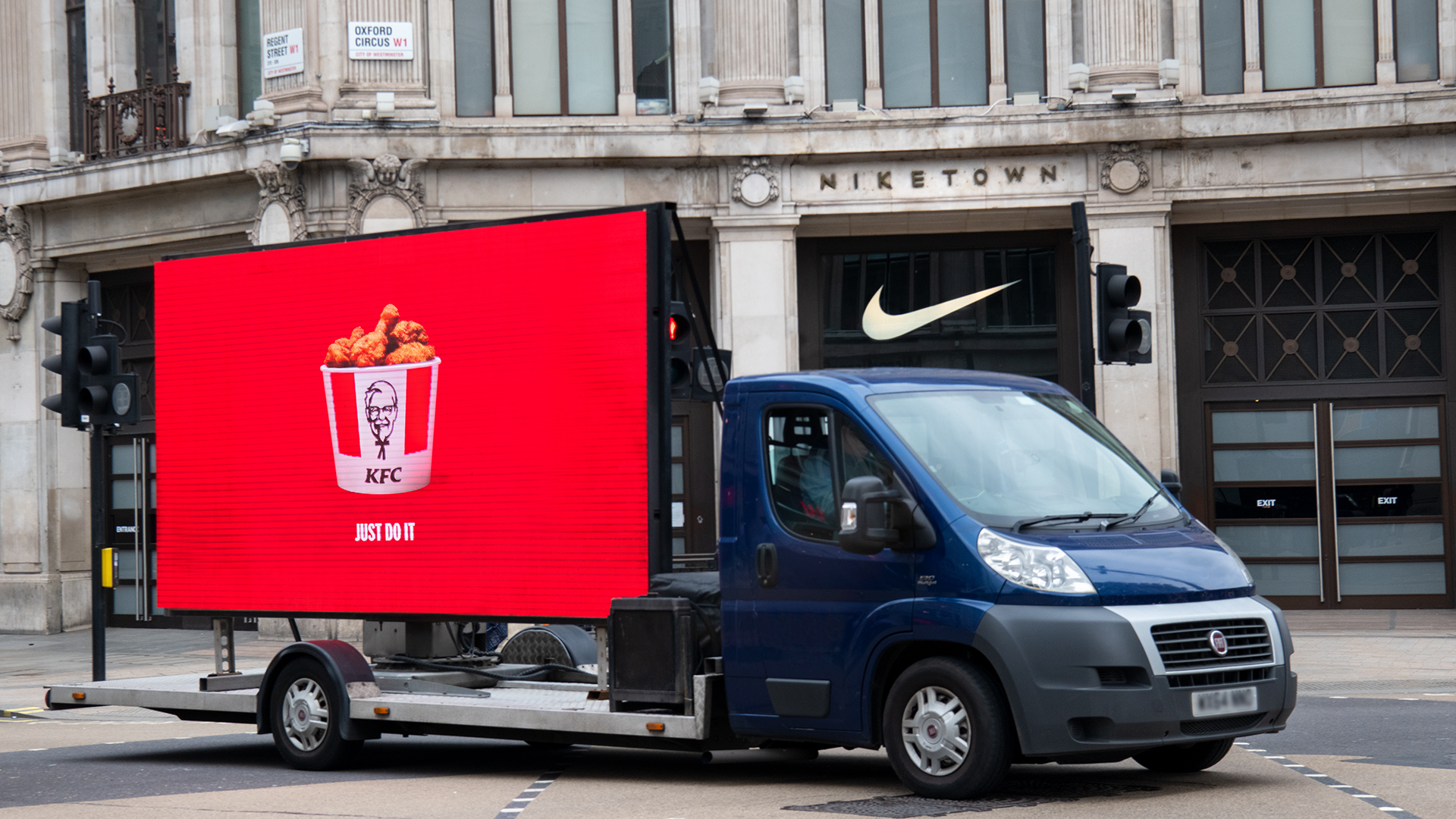 While the above taglines appear to have been suggested by ordinary people rather than their owner brands, a few other well-known brands did rise to KFC’s bait on Twitter.

While KFC played Marmite’s request straight, Aldi’s engagement earned it a mention as “The middle aisle of tat”. Specsavers also stuck up its hand and earned the example in the main picture.