Think the KFC smartphone is weird? You haven't seen anything yet.

From flavoured nail polish, home goods and apparel, to a romantic novel starring Colonel Sanders, KFC has been launching head-scratching products around the world. The brand clearly took a look at wholesome branding and salads and said, "Screw it, we're fast food, we're FUN".

Here are five of the craziest.

KFC and Wieden & Kennedy Portland seem to have decided that their customers desperately need to be able to stare the colonel in the face while in bed. Also missing from our lives has been a Sex In the City-style necklace with "finger lickin good" around to accessorise with our Colonel Suit T-shirts. And we haven't even mentioned the chicken drumstick socks yet (above).

Probably our favourite out of the lot. For Mother's Day earlier this year, KFC released its own Mills & Boon-style romantic novel, Tender Wings of Desire.

Almost as fun as the novel are its reviews on Amazon: "Join Lady Madeline Parker as she runs away from her love-famined, dry betrothal like a, a, a chicken with its head cut off. Salivate as she meets Harland, a sailor with a past, who marinates her in the secret ingredients of passion, gently, lovingly caressing her delicious skin, as his cologne of Original Recipe #5 fills her nostrils. She inhales deeply as his cob of corn moves closer to her cornbread muffin. Overcome with hunger, they move in haste, spilling passion's white slaw sauce like so much liquid confetti."

Don't for a second think that KFC's crazy merchandise is confined to the US. Oh no. The team in Hong Kong, with agency Ogilvy, created fried-chicken-flavoured nail polish. Yup. In Original 11 Herbs and Spices as well as Hot & Spicy. Our team there asked them why on earth they did it but were left unenlightened.

Just fingers aren't enough, you cry. Or we presume you cry. What's needed is a sunscreen that will stop you crisping like a friend chicken in the sun but will also let you taste like a fried chicken. All. Over. We'll just leave it at that. 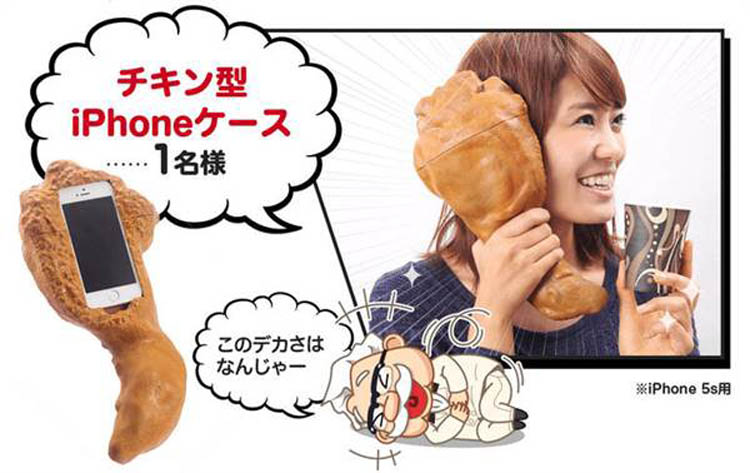 This one seemed tame to us. That is until we realised that the accessories included a drumstick covered keyboard and an absolutely massive chicken drumstick phone case. And, as this was in Japan where napping at work is encouraged to cope with the long hours, there is also an isolation pillow that will make your entire head look like a drumstick. Awesome. 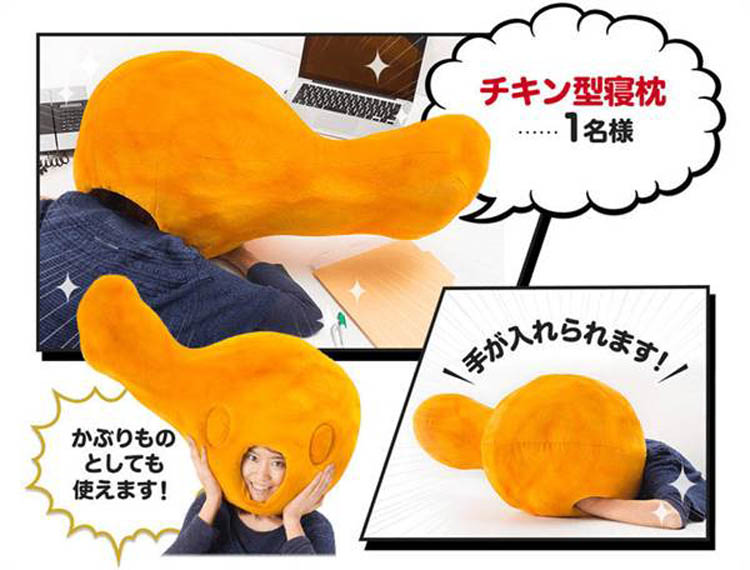 Campaign awaits with interest whether the brand's crazy stunts in other markets will be aped in the UK after it appointed Mother following a review earlier this year. A Mother spokesman said: "Most of the markets operate independently from one another, but must all ladder up to the master brand."

KFC "Lunchtime is coming" by BBH

Yes, it's a KFC phone