Designed to "comfortably fit four adults and a bucket of Kentucky Fried Chicken", KFC US hopes the internet escape pod is just what consumers will need this holiday season.

The pod, a round steel dome-shaped faraday cage filled out with high-density architectural foam, is adorned with enamel paint and the Colonel himself "embracing you with his arms".

"We’ve come up with several technologically advanced, creative experiences for our customers and fans this year. But even we feel the burden of technology during the holiday season. So we decided to go in the opposite direction and create an anti-technology product, using technology, to help one lucky buyer literally escape the holiday chaos," George Felix, director of advertising, KFC US, said. 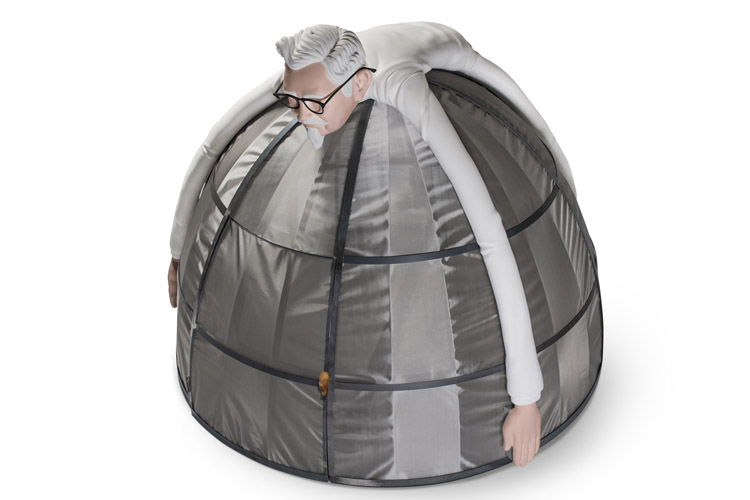 The "safe space from the internet" is designed to protect users from:

As proof that KFC is very likely not taking this too seriously, the Internet Escape Pod is selling for $10,000 (£7541.50) on KFC Ltd - the brand's e-commerce store that sells other desirable merchandise such as fried chicken-themed apparel and home goods.

KFC promises to launch another collection of items on its shop in early December, just in time for Christmas.

Its US agency of record is Wieden+Kennedy.

The new face of payments: what brands need to know about Face ID

KFC: why making weird products seems to be a global brand strategy