Long copy is of course long dead. The adverts of yesteryear featuring hundreds of carefully crafted words are clearly no more.

During the 1990s, the long-copy ad loved by generations of creatives somehow ceased to be, and the occasional examples we see today tend to be pastiches of these past forms.

But why? What killed long copy in advertising?

Partly it’s about skills – or lack thereof. In her excellent book The Idea Writers, Teressa Iezzi suggests many of today’s ad copywriters "will never write what we’ve known as a headline outside of an advertising class", while according to a 2010 study by UK firm Think Eye Tracking, a competition-winning long-copy ad from 2010 scored lower for eye tracking, engagement and recall than a similar piece from 1999, leading the study’s authors to ask, ‘Have agencies forgotten how to do long copy?’

It's ironic that the one place where long copy really has fallen out of favour is advertising, the industry that invented copywriting in the first place.

Partly it’s about client pressure. Veteran UK copywriter Neil French famously noted, "‘How many times have you been in a client meeting, and he’s announced 'People don’t read copy anymore'". This coming from a man with a newspaper poking out of his briefcase. And if you point this out, he says, "Well, I do, of course. But the public doesn’t."’

Partly it’s because international campaigns demand international solutions. According to Mr Bean creator Richard Curtis, one of the reasons the films succeed everywhere on earth is their lack of language. When Mr Bean needs a new pair of underpants, he doesn’t head to a shop with a sign saying 'Haberdashers', he heads to a shop with a giant pair of Y-fronts hanging outside. We get it, whatever language we speak.

But mainly it seems to be a combination of changing creative trends and the advent of new technologies. Copy, when it features in the mix at all, doesn’t mean headlines and body text. Instead it’s woven into visuals, products, apps and experiences that play out across multiple platforms and in multiple locations. As a result, today’s advertising copywriters tend to produce relatively few actual words.

But here’s the thing: who says long copy has to go on ads? The marketing mix is broad, and long copy is alive and well and living on websites, brochures, packaging and so on. For brand writers like myself who spend our days filling up the above with dozens or even hundreds of words, it’s ironic that the one place where long copy really has fallen out of favour is advertising, the industry that invented copywriting in the first place. Funny old world, isn’t it?

This piece is an excerpt from "Read Me: Ten Lessons on Creating Great Copy" by Roger Horberry and Gyles Lingwood, due to be published by Lawrence King in Sept 2014. Add it to your wish list now. 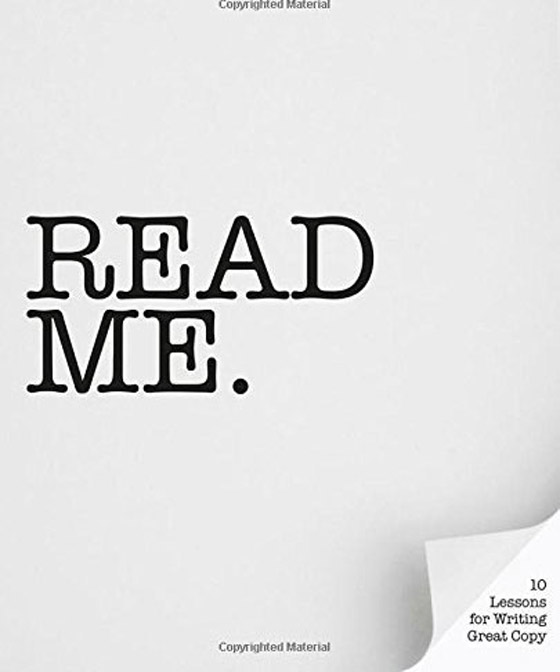 Why long copy makes up for Tesco's Twitter silence