The leaders of the four largest communication groups in the world tell Campaign why they keep returning to Cannes, again and again, for its blend of awards, ideas, hard work and fun. Oh, and the odd rock lobster too.

I’ve been attending the Cannes festival for 40 years: a lifetime of Lions. Decades of extraordinary advertising campaigns – magnificent, evocative films that lit up with little shards of insight and humour. Shorts that were edgy, joyful, clever, surprising.

My very first festival was 1972. There was a tradition that brings fond memories: the lobster lunch offered by Mediavision in les Îles de Lérins. For years, we lunched on as many rock lobsters with onions as we could eat. It was a moment of calm – everyone trying hard not to show how fiercely we were competing for the Lions.

I remember epic battles. In 1980, when I was the president of the jury, a really exceptional fight broke out between Ed McCabe (the co-founder of Scali, McCabe, Sloves, one of the very famous agencies in those years) and myself. I was defending a film that I was determined should get the Grand Prix – not one by Publicis, but I thought it was terrific anyway – and Ed was backing one of his campaigns.

It ended in a glass of Cristal Roederer – the only Champagne Ed would drink – and great, lasting friendship.

I remember a community of rebels and rivals, slick superstars and awkward wannabes, breathtaking talent, wry, twisted jokes – an awful lot of craziness and fun.

There’s another image that sticks with me. Everyone knows about the famous movie star "montée des marches" in Cannes. I remember some of our creative stars, in their rented tuxedos, expecting to see that same forest of photographers and feeling terribly alone.

One of my favourite memories was watching as new countries emerge, snatching glory from the domination of the Western world. The very subtle, sophisticated first Japanese Lions. The poorly produced Czech films with their great ideas.

Sometimes, the competitions within nations were even more tense and fun to watch: Saatchi & Saatchi against Collett Dickenson Pearceor Lowe; Publicis against Havasor RSC&G.

I will always remember the endless hours spent in dark rooms, watching endless TV films… so many films should never have been shortlisted! But, despite the fatigue and the boredom of viewing such a glut of films, there was always a gem – an idea so moving, so inspiring, so well-produced that it made the entire festival worthwhile.

That’s Cannes. The business aspect of the festival may have grown immensely but, still, above all, there are the ideas.

In this time of media fragmentation and complexity, the premium on "big ideas" is greater than ever. So creativity has to be at the top of the list, and that’s why the festival is so important.

When an agency gets it right – whether it’s in a traditional creative space or in mobile, public relations or channel planning – that piece of brilliant creativity builds brands into powerful, billion-dollar assets for our clients. That’s what the Cannes Lions are all about. To create the best ideas, you need top talent in place, and awards festivals like this one are a key currency in our business. They provide a barometer on creativity, they set the bar for our product and they confirm that we provide real added value for our clients.

When you come here, you’re exposed to the best quality of work. You see a true diversity of ideas and creativity from all parts of the world, across all channels, and all of it at the highest levels. Cannes is evolving to reflect the ad industry’s challenges and changes. That means the digital presence is more notable now than ever, just as it is across our agencies.

A new development is the introduction of the Innovation Lions, which reward great ideas in technology. That’s on top of the Branded Content & Entertainment and Mobile Lions introduced at the previous two festivals. We’re also seeing more clients attend the festival and, in fact, IPG is co-hosting multiple events with our clients.

The trends you see here show the demand for more integrated campaigns, technology-enabled work that provides more functionality and is increasingly targeted through mobile devices. Social media is a key part of what we do, as is activation at retail.

You’ll see that in a lot of the frontrunners this year, including "dumb ways to die" from McCann Melbourne, continued innovation from R/GA for Nike and the brilliant billboard from DraftFCB Peru that literally turns air into drinking water in the desert. A personal favourite is the "clouds over Cuba" campaign from The Martin Agency for the John F Kennedy Library, which gives users an immersive, interactive documentary experience about the Cuban missile crisis, including a "what if" scenario that shows a stark view of what an alternate 2012 might have looked like.

We see Cannes – the expansion of its programmes and attendance – as a sign of the strength of our industry, despite continued economic pressure. The vitality of the awards show demonstrates that what we do is at the nexus of so many changes in media. I wouldn’t want to miss it. 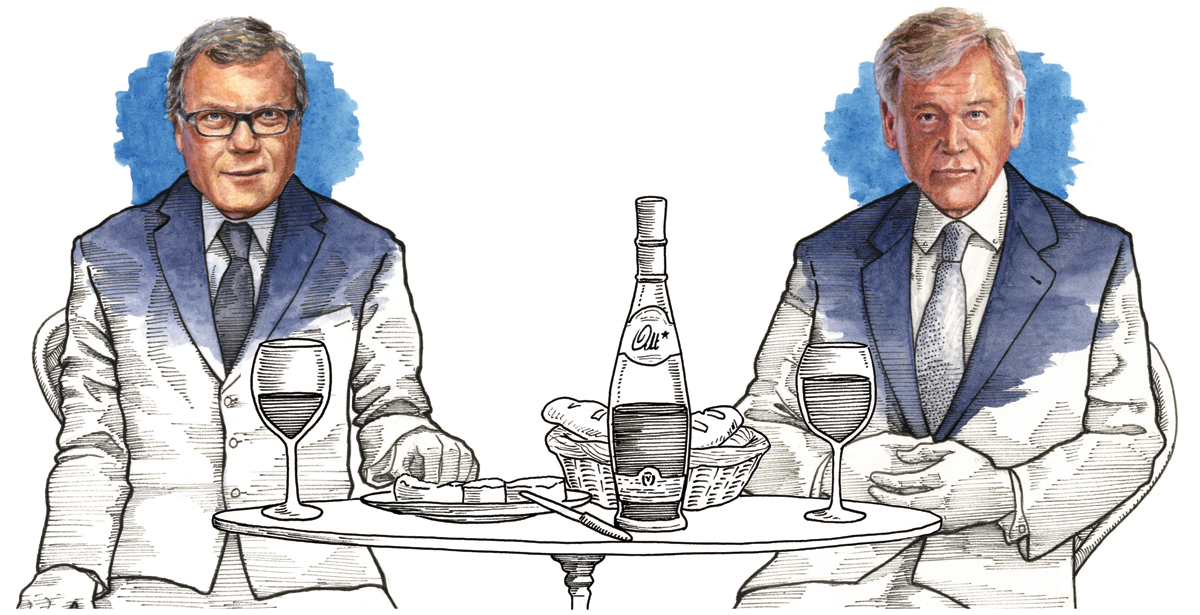 What a hardship – to celebrate in June, on the Côte d’Azur, the creative heart of our industry.

Not just in traditional advertising but also in new media – and, of course, in media itself (is the medium as important, or even more important, than the message?).

And not forgetting the sister industries PR and branding. Only consumer insight remains excluded.

Maybe it should be called the Cannes Communications Festival?

This year, we will arrive hopeful, not complacent, looking for a parent company hat-trick. Last year was an outstanding one for WPP. Almost all agencies posted improved scores. Ogilvy & Mather was named Network of the Year and WPP won the Holding Company Lion for the second successive year. Every region made a significant contribution. All this as our competitors posted record results too.

Buoyed by these results, we left Cannes determined to improve on – not just maintain – our ability to drive our clients’ brands to even greater heights.

Because, for WPP, creativity has never been an end in itself. It is a means to an end: the success of the clients and brands that we work with. Anything else is self-indulgence.

I have to admit, we tend to complicate our business. We focus on integration, horizontality, price efficiency. And, yes, all are important.

But none is as important as the quality of the work. If we cannot deliver creatively effective solutions to our clients, they will go elsewhere. I’m not inclined to let that happen. Hence our focus on attracting, motivating and retaining the best creative people in the business.

We come to be inspired, to learn and to judge what we collectively believe to be the best examples of what we do as an industry.

I always liken the Lions to a world championship or the Olympics. If you win here, you have beaten all comers from every country: you are the world or Olympic champion. I think it’s that fact that attracts so many of our greatest talents to pit themselves against the competition annually at the Palais des Festivals.

May the best work win (and don’t gang up in the judging).

I am told there was a time when Cannes consisted of a few writers, art directors, directors and producers watching reels of television commercials – and, even more amazingly, you could get a cup of espresso for less than three francs. I wasn’t attending back then, but have been coming since the early 90s.

Today, it draws thousands of delegates, not just from agencies but also from media and technology companies and clients from different categories and countries. Cannes is truly global and has evolved to reward all forms of advertising, media, design, digital, public relations, direct, integrated and, importantly, effectiveness.

It is built for the omnichannel world, where brands are aiming to deliver a seamless experience to today’s connected consumer across geographies, media and disciplines. The world in which Omnicom’s agencies aim to lead and excel.

Our individual agencies are here to be inspired by the best of the best work in the world, to learn from some of the brightest – through an increasingly impressive agenda of seminars – and to compete.

Over the past five years, Omnicom agencies have made history by winning more than 950 Lions. Our agencies have dominated the coveted Network of the Year award by winning five out of six Lions [BBDO won the award each year from 2007 to 2011].

We also won the first-ever Media Lion and the first-ever Creative Effectiveness Grand Prix [for Abbott Mead Vickers BBDO’s Walkers "Sandwich" campaign], to name a few. That’s what it should be about: the agencies and the work they do to build their clients’ brands and businesses.

I am here as a demonstration of our commitment to that quality, to spend time with some of our most talented people from around the world and to meet our clients.

It’s a long way to come and a lot of time to commit. I wouldn’t do it if I didn’t think it was productive and, yes, enjoyable.

Unless a cup of espresso hits €10.