Following the death of Kraftwerk co-founder Florian Schneider, Campaign asks fans to reflect on the band's contribution to contemporary creativity.

The death of rock and roll pioneer Little Richard may have generated more headlines, but for many in the creative industries there was an equal sense of loss at the passing of enigmatic Kraftwerk co-founder Florian Schneider last week. 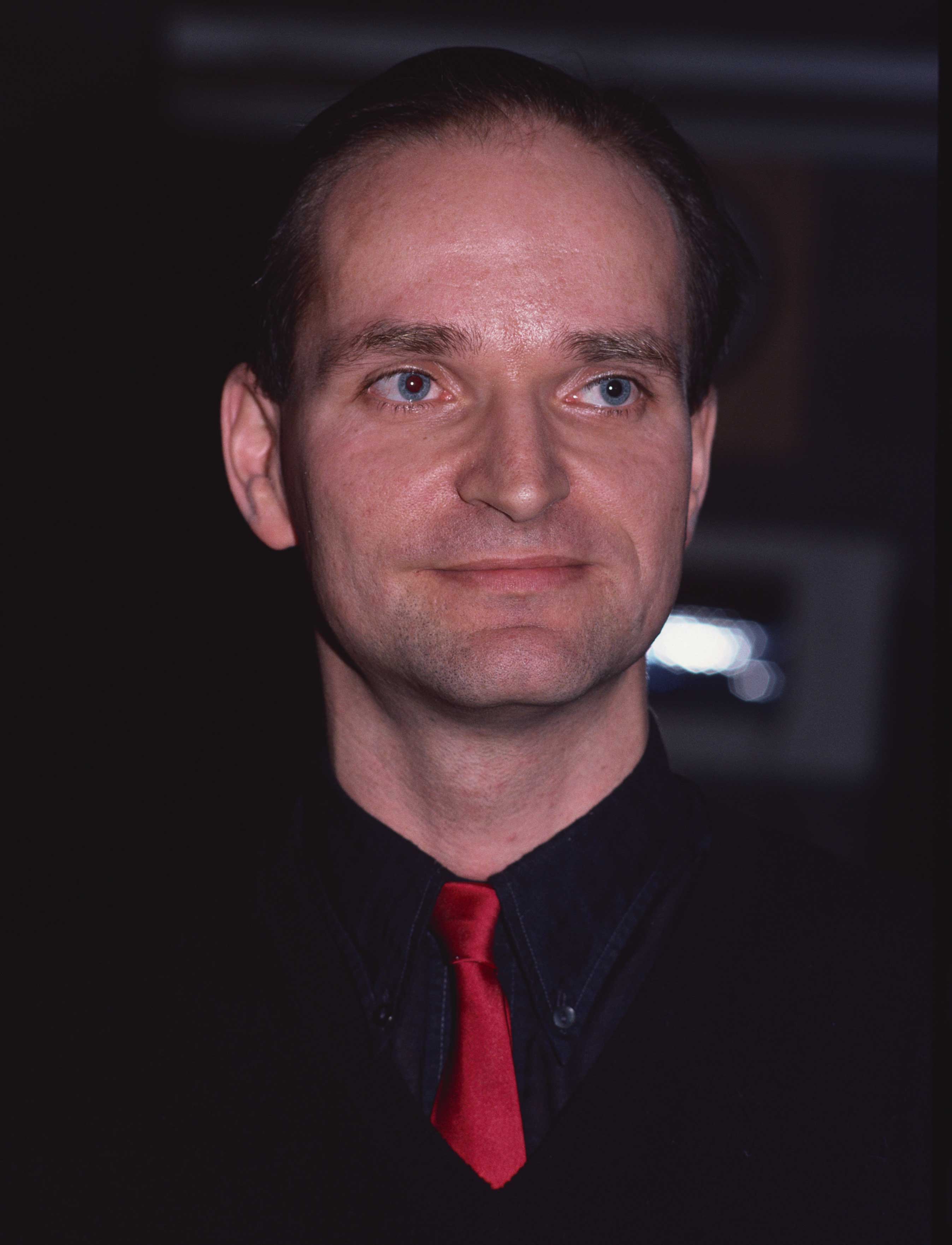 Famously shy of promotion or interviews, Schneider (pictured, left) and his principal band partner Ralf Hütter created a body of work most obviously rooted in electronic music but also spanning innovative approaches to presentation, the embracing of new technologies and a uniquely distinctive design ethos. Kraftwerk’s influence can be seen and heard in virtually every musical and cultural movement that came after them.

Campaign rounds up some keen Kraftwerk fans to share their personal views on Schneider, the band and their contribution to contemporary creativity.

In 1936, John Maynard Keynes said: "Practical men who believe themselves to be quite exempt from any intellectual influence are usually the slaves of some defunct economist." Nearly a century on and we can replace "economist" with "electronic music pioneer". The recent passing of two such groundbreakers, first Andrew Weatherall and now Florian Schneider, serve to remind all of us in the creative industries that "influence" can work in different ways.

Schneider’s Kraftwerk helped shape genres from prog rock and synth pop to electro-funk and industrial techno, influencing artists from David Bowie and Ian Curtis to Afrika Bambaataa and Dr Dre. Landmark record labels such as Street Sounds and Sleeping Bag Records might never have happened without him. No OMD, Pet Shop Boys or Depeche Mode. No Kurtis Mantronik, Underworld or The Chemical Brothers. Yet, to Keynes’ point, such profound cross-cultural and intergenerational influence has been so deep lying as to remain, to the vast majority, invisible. More people have heard of KSI and Logan Paul.

Schneider and his co-founder Ralf Hütter deployed none of the techniques familiar to anyone in modern influence marketing – no continuous tracking of consumer sentiment, no paid endorsement, no harnessing of the social graph. No reading of the room in a conscious bid to stay relevant. Quite the opposite. Kraftwerk’s enduring importance has everything to do with remaining steadfastly, belligerently true to themselves. Utterly dedicated to the perfection of their craft, irrespective of the transitory tastes of the day.

So, the passing of genius reminds us once more "to thine own self be true". Authenticity and brilliant product might not bring short-term appeal – "For god’s sake, keep the robots out of music," read an early Melody Maker review – but they are the sure-footed path to long-term significance.

Beyond this, and more resonantly during a moment of international lockdown, Kraftwerk also remind us of the importance of motion. Tracks like Autobahn, Tour de France and Trans-Europe Express were inspired by our movement in cars and on bikes and trains. They became part of a soundtrack for generations "heading out", to early New Romantic clubs like Blitz, following breakdance crews to neighbourhood battles, Interrailing across Europe all summer, chasing hazard lights looking for the rave or dancing around Circoloco at the end of an Ibizan airfield.

Ironically, given his early detractors, Schneider’s music inspires us to not become predictable, controllable robots. To not hunch over laptops all day in identikit offices. Instead, it calls on us to keep moving, to see more, feel more, learn more and create more. To feed the soul that keeps us colourfully and brilliantly human.

This is procrastination because imposter syndrome is kicking in big style as I try to talk about the band who were the chief architects and pioneers of electronic music. Their fingerprints indelibly imbue the sound of popular music to this day. Modern music would not sound the same without them. They influenced the influencers.

Kraftwerk believed they were a concept, not a band.

In a rare interview, Florian said: "We make compositions from everything… All is permitted, there is no working principle, there is no system."

Mass appeal, it turned out, was a by-product.

Creative talent can learn everything it needs to know from that sentence.

It’s 1980 and I’m sharing a bedroom with my cousin in Newcastle. He’s five years older than me, had been a punk and was now into new wave. It was his music and his rules.

A red picture disk vinyl record played continuously that winter – a record that, for once, I didn’t mind listening to, or at least didn’t scare the shit out of me.

It was sung in German. We went to sleep most nights to the soothing sounds of one particularly harmonious track – Neonlicht, the last song on the B-side of The Man-Machine – drifting in and out of our ears. Ten-year-old me had never heard anything like it.

When all the kids were breakdancing to Afrika Bambaataa’s Planet Rock outside the chippy a few years later, I recognised that driving backbeat as the work of my favourite band.

I’d fallen in love with Kraftwerk.

Ripple dissolve to 2006. I’m in a run-down district of Düsseldorf on a photo shoot with the "sonic sculpture" photographer Martin Klimas.

After the second day, when I’d got to know him, I mentioned my love of Kraftwerk and the mythical whereabouts of their secret studio Kling Klang. Nobody knew where it really was or if it really existed; they’d kept it secret for 25 years.

Without even looking up from the eye viewer on his camera, Martin says, matter of factly: "Ja, but of course, it is next door."

After I’d picked my jaw off the floor, I wandered outside and saw the shuttered-up windows and the "Elecktro Muller" sign above the door.

This is probably the closest I’ve got to a biblical experience.

That’s because everything about them was always fascinating and always inspiring to me. The fact that they kept working hours like normal jobs, went clubbing every weekend (sober), made their own instruments, had robot versions of themselves, had their own cycling team.

Kraftwerk literally created a genre of music and not many bands can say that.

So you could argue they were much like my cousin… it was always their music and their rules.

Kraftwerk helped show the world that seemingly cold machines could make warm things, full of beauty and emotion. They showed that the tools we use can change the very shape and nature of the things we make (try writing Autobahn on a guitar). They embraced the realities of day-to-day life as inspiration for the art, the "industrielle Volksmusik", they made. They showed the importance of having a creative home (if only the walls of Kling Klang could talk). And they continually reimagined the experience of what a live concert was and could be (forget the recent 3D shows and check out their shows in New York at the start of the 1980s).

We can continue to learn from all these important things. And while it's only right we remember Florian Schneider, we should not forget perhaps their biggest lesson: Kraftwerk's legacy exists because the band were a far bigger idea than any one of their four members.

Kraftwerk were artists in the broadest sense. Everything they did was created in reaction to their time – the music, the wardrobe, the album art and even their offstage behaviour. They had brave creative ideals coupled with strict image and belief systems that created breakthrough sounds and images like no other.

A combination of this, art school and much pretentious twattery fuelled my interest in art movements and manifestos. When I came to look for a job, I searched out the creative shops that saw the world differently, agencies with a distinctive cultural vision, a philosophy. Think HHCL or St Luke’s. They did certain types of work, attracted certain clients. Love them or loathe them, you knew what they stood for.

But look around now. Who’s defining themselves through their ethos? Who’s setting themselves brave cultural and creative agendas? The industry needs a Kraftwerk. It needs a Bauhaus or a Swiss Style. Because otherwise the danger is it can all feel a bit Phil Collins.

Electronic music played a huge role when I was younger. I used to collect rave flyers, stickers and posters, which I loved for their wonderful graphic vibrancy. Beautifully bold and simple, they were full of imagination and excitement that talked to me like nothing else at that time could. They offered a simple design aesthetic I totally understood, all inspired by early electronic music album cover artwork from Kraftwerk, such as Home Computer.

Florian and Kraftwerk also inspired a whole new generation of designers, typographers, illustrators, visual artists and no doubt ad folk too with their creativity.

I have always sought simplicity in my thinking and execution and, where possible, have tried to make it as bold as possible.

On reflection, perhaps watching Turbo dance to Tour de France played a small part in the creation of my Volkswagen "Last tango in Compton" ad and National Aids Trust "Rock the ribbon" film. And perhaps the bright blue graphic motif of the iconic Autobahn album cover inspired my Financial Times economy ad or perhaps the "SHN" poster too?

I only discovered the depth and breadth of Kraftwerk’s work quite late while working for the German agency Jung von Matt. Colleagues at the time were constantly trying to convince me that this high-art electronic pop band were as influential as The Beatles.

Arts and music have always been interconnected, but very few artists really know how to make the two work together. Kraftwerk were way ahead of their time in terms of their mastery of both images and sounds. From their roots within experimental rock to their wider global success, they brought together different art forms to fulfil a very German vision of Gesamtkunstwerk.

Their cleverly packaged retro-futurism theatre and signature synthesiser lines have inspired so many different artists and styles, making them the unlikely godfathers of American hip-hop and electronic dance music. Too many artists to name here have also created tracks using Kraftwerk’s sounds as source material. Hey, Kanye?

Their other great legacy was their early adoption of multimedia. Neville Brody, Paul Smith and many others have referenced their impact on 1970s design.

The combination of new technology layered with a rich understanding of design and cultural insight was a powerful force to leverage. And Schneider wasn’t trying to be a mainstream populist, but was driven instead by a genuine need to find new ways of expression. We can all learn a lot from his approach.

Beyond music, they will remain relevant for all creative people as long as we continue to tread this difficult and fascinating line between the organic and the electronic. Because despite all their talk of machines, ultimately Florian and his band’s art was intensely human – funny, whimsical, fragile. It had soul. In our industry, the siren song of data, automation and production technology will always be strong. Like Kraftwerk, if we can make sure the machines magnify and amplify our humanity – rather than the other way round – we’ll be fine.

'Every day is like Sunday': how Spotify listening habits changed in lockdown

What does Fortnite's Travis Scott event reveal about the future of entertainment?

Playlists for isolation from the industry's music pros