Viooh report suggests UK advertiser use of programmatic out-of-home will grow only marginally over the next year.

The growth of programmatic out-of-home advertising is being stunted by an absence of a consistent and robust measurement system and ignorance among advertisers and agencies, according to a stinging report from Viooh.

The programmatic OOH trading platform, launched by JCDecaux in 2018, has sharply criticised a “lack of education among agency and advertiser executives” in its latest State of the Nation report.

Almost half (47%) of those surveyed admitted a lack of understanding of the benefits of programmatic OOH, which seemed to be particularly prevalent among more senior marketers, who may not be involved on a day-to-day basis with this emerging area within the channel, VIOOH said. 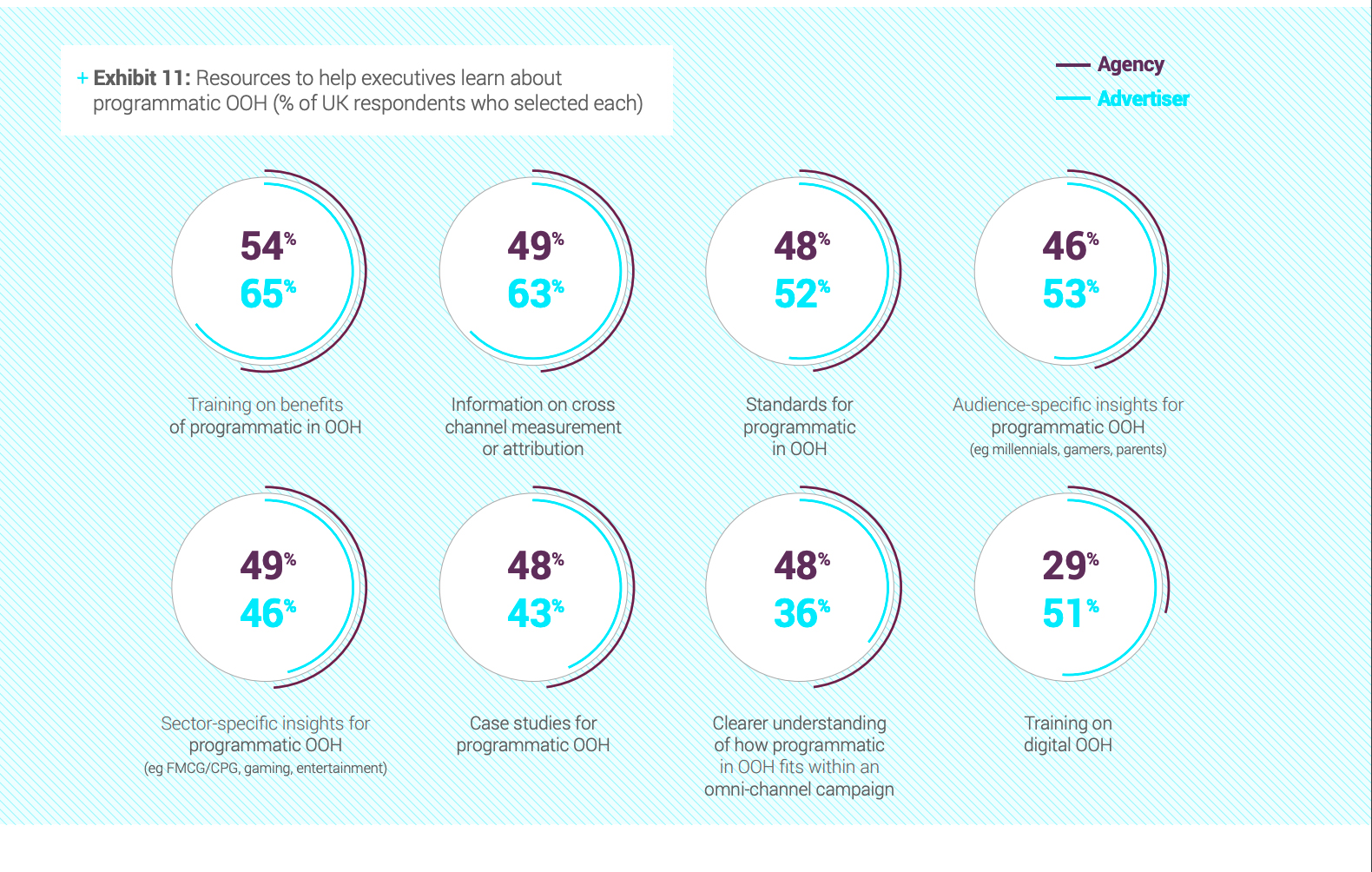 Just over half (52%) of UK advertisers were forecast to include programmatic OOH in all digital campaigns next year, which is only marginally more than the 50% who reported having used the technology in their campaigns in the past 18 months.

The report also warns there is still a lack of consensus on how programmatic OOH should be measured, with "issues around accurate data raising questions about transparency".

When asked about how they believed programmatic OOH campaigns should be measured, nearly seven in 10 (69%) of UK respondents said performance-based metrics should be used, while 57% of respondents were looking for more information about cross-channel measurement and attribution.

Virtually all (99%) UK executives said they were looking to increase spend on programmatic OOH in the next year, with more than a third (37%) expecting to more than double their spend, compared with the previous 18 months. This was despite the vast majority (86%) believing that the Covid-19 pandemic would have an impact on the adoption of programmatic OOH in general.

Jean-Christophe Conti, chief executive of VIOOH, said: “Industry-wide programmatic standards specific to the nuances of OOH are key for building the trust and confidence amongst advertisers and their agencies that are essential for growth and increased adoption.

"The onus is now on us as an industry to ensure we are creating the best environment in which programmatic OOH can thrive."

The biennial State of the Nation report surveyed 600 executives from media agencies and advertisers across the UK, US and Germany during August 2020.

Global in talks to add talkSPORT to Dax audio platform