We ask one Thinkbox Academy member to cast her eyes over the best TV creative from the last two months. Stand out spots from Ancestry, Cadbury, HSBC, Lloyds Bank and Nike make up the January/February Thinkboxes shortlist. 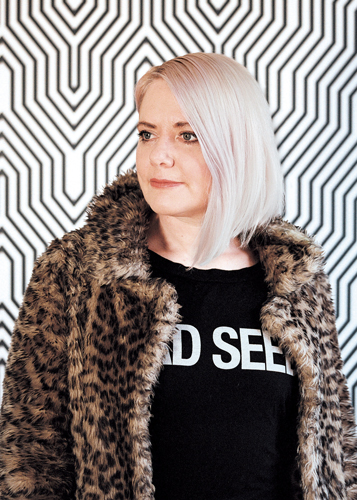 There seems to be a theme around knowing where you’re from in my favourites from this great selection of films. Whether that’s somewhere in the world or your street.

I guess the Brexit fallout is an inevitable topic for pulling on the heartstrings of the UK public, so I’m not surprised to see two brands (Ancestry and HSBC) playing the "we’re all part of the same global family" game.

What I am surprised to see is the sense of humour in both. Especially after most of last year's global award winners in this togetherness territory - such as Heineken’s "World’s Apart" and Momodo’s "The DNA Journey" - went heavy on the emotions and the "experiment" angle.

JWT’s perfectly formed and charming Richard Ayoade number made me smile, and Droga5 did it all again with the mix of deadpan acting and a brilliantly catchy tune.

And for those who feel togetherness on a more micro level, Nike’s absolutely phenomenal work encapsulates London, in all its grime and glory, down to a tee. It made me feel terribly lucky (and guilty) to be a Londoner and to be getting such treatment. I'm hoping that Nike has plans to explore the rest of this magnificent, messy, disorganised and delightful little island in further executions of some sort. Everyone deserves to feel as proud as I did after view number five (and counting).

Ancestry adds a timely contribution to the Brexit debate in this spot for its consumer DNA test. Taking as its cue the notion that 60% of the DNA of the average Brit can be traced to somewhere in continental Europe, it offers us a cast of archetypal Europeans. A suave Frenchman in a swanky restaurant, German sausage shop owners and a Dutch art gallery attendant are among those who serenade us with a reminder of the transient nature of politics – a version of Rick Astley’s "Together Forever".

The aim of this emotionally-charged ad was to help the nation rediscover Cadbury as its favourite chocolate. A little girl goes in to a corner shop and asks for a bar of chocolate for her mum’s birthday. The girl doesn’t have much in her purse but the shopkeer can see her hard-working mum outside, on her phone. His heart melts. He gives the little girl a big bar of Dairy Milk for some coloured buttons, plastic coins, a ring and a toy. As she is about to leave, he calls her back for her "change" - her little toy pony.

In reinforcing its credentials as a truly global brand, HSBC decided to call on Richard Ayoade, the Cambridge-educated son of a Nigerian father and Swedish mother, to puncture Brexit rhetoric by showcasing how multicultural Britain really is. We enjoy Costa Rican coffee, drive Japanese and German, watch American films on Korean tablets and worship an international cast of footballers. The message? Though we live on a little lump of land in the middle of the sea, we are not an island.

4. Lloyds Bank "Get the inside out"

One in four suffers from a mental health problem. Lloyds aims to highlight this issue and its debilitating implications in a campaign in which bank staff, members of the public and celebrities play an unusual version of the "Who Am I" post-it note game. Instead of trying to guess who they are, they have to work out what mental health problem they’ve been diagnosed with. It dovetails with the bank’s continuing support of Mental Health UK’s "Get The Inside Out" initiative.

5. Nike "Nothing beats a Londoner"

Many kids in London face unique hardships and a commitment to taking part in organised sport often involves the sort of resilient mindset normally associated only with elite athletes. This rapid-fire montage, peppered with blink-and-you-miss-them celebrities, including England manager Gareth Southgate, reflects London’s sub-cultures in all their irrepressible wit and energy. It seeks to encourage even more Londoners to embrace savvy, street-wise determination and take part in everything from football (of course) and basketball to rowing and ice hockey.