If you're worried about AI, drones or other emerging technology making your job obsolete, you can learn from the invention of the lawnmower.

We’ve all cringed at those old sci-fi movies that start with a bold caption such as: "Earth 2050." We seem to have survived "Judgment Day" on 21 April 2011, when Skynet was supposed to have become self-aware and enslaved of the human race. I’m

fairly sure I didn’t seen anything on Twitter on 21 October 2015 about a DeLorean appearing from 1985. And given that the Tyrell Corporation hasn’t even got a Kickstarter campaign together to make Replicants, the chances of the governor of Los Angeles having to hire Blade Runners to track them down 18 months from now are a little slim.

In short, we’re really crap at predicting the future.

Then something happened the other night. A friend pinged me one of those "Dude, this is so you!" messages. It was the finals of the Drone Racing League world series and it was right here in London, only a few minutes’ walk from my back door.

Turned out Kaz has the new Tesla Model X and knew this was exactly how one should turn up at the Drone Racing League finals. The Back to the Future reference when entering a Model X via the needlessly theatrical gull-wing doors wasn’t lost on me. Some gobsmacked passer-by took a picture on their phone. I would have done the same.

To be honest, I wasn’t expecting much from the event. I’ve seen drone-racing on YouTube. It was like watching a bunch of tiny, super-fast wasps with LED lights on. But, after the final heat of the night, I was already planning the excuses to my wife for needing an FPV – or first-person-perspective – drone "for work". 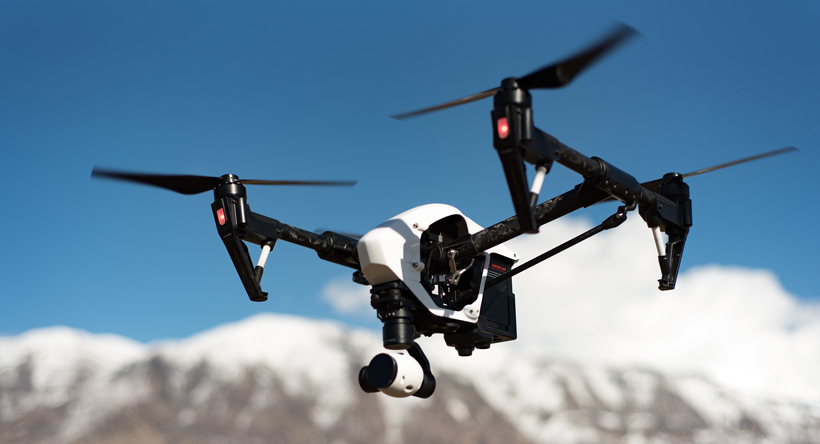 For the uninitiated, here’s how it works. Six "pilots" sit in a brightly lit area wearing goggles that allow them to see what their drones see. The course is laid out over roughly 200 metres and consists of hoops and gates that must be passed though in the right order. There are horizontal gates close to the ground as well as suspended gates at crazy angles that are navigated vertically. The winner is the first to slam into a special tent with a net in it. It’s a 3D Grand National, with LED wasps.

Scanning around the room, it was pretty well-attended. Some things stood out, though. First, they weren’t the nerdy 14-year-olds I’d expected – they seemed really quite normal. Some had clearly come from their city jobs to be here. It felt like the crowd you get at a Formula One race rather than Comic Con. The other thing was that many were sporting the same FPV goggles as the pilots. It turns out you can tune into whichever drone you like as it’s racing and see what the pilot sees. Kinda cool.

There were some big logos on show. Amazon Prime seems to have picked up the main sponsor tab. It clearly knows its audience as there was Grand Tour branding everywhere. The commentators were at pains to repeat "No live filming allowed", presumably as Sky held the broadcast rights. And should you want to put down a fiver to predict the winner, Betfair was in attendance too. Some very influential business brains in some very big companies had decided there was something in this. The event seemed to have enough building blocks to, well, build on.

There’s a name for this: the Budding effect. Edwin Budding invented the lawnmower (bear with me on this one). Well-cut grass meant games such as baseball, tennis, football and golf and a number of pastimes could proliferate. This then led to a growing need for stadiums, sports professionals, coaches, physios and everything in-between. It also led to merchandising, sponsorship, TV rights, commentators, live TV broadcasts and new betting platforms. You get the picture.

I’m sure the guy who used to supply the grass-eating goats hated Budding but, in the wider view, a seemingly unrelated invention spawned entire industries. People retrained for these new jobs overnight and prospered.

Now swap lawnmowers for artificial intelligence, drone-racing, robots, autonomous cars or any other inventions that pop up every week in the "[insert new thing] will steal your job" headlines, and you soon realise we’ve been here before – many times. We won’t lose our jobs; we’ll just do the new ones.

To circle back to my movie theme: may I throw one more into the mix for its pure irony? A cheesy 1992 apocalyptic sci-fi movie in which virtual reality tries (but ultimately fails) to consume mankind… what was its name? The Lawnmower Man.

Dino Burbidge is director of technology and innovation at WCRS
@dinozoiks

Perks of giving your data away for free

What do you actually own when you buy an IoT device?

A skeptic's guide to Spectacles

A phone innovation Alexander Bell would approve of