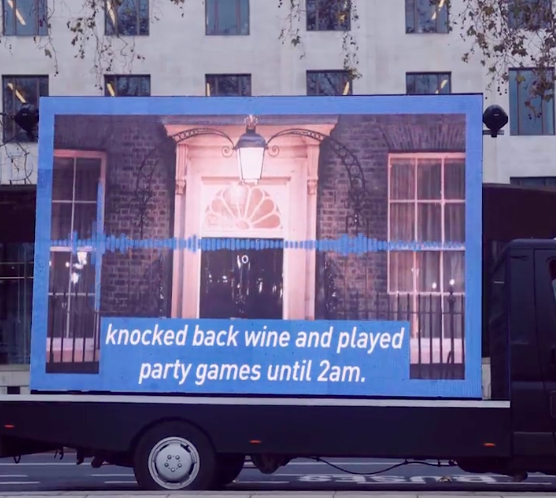 The police say there will be no further investigation due to a lack of evidence surrounding the 2020 indoor party at a time of coronavirus restrictions.

Led By Donkeys parked a truck with a digital billboard outside New Scotland Yard which played a video criticising the force's stance. The film is also being shared on social media.

Ocado "Bringing great value to the table" by St Luke's

Carex "Life's a handful" by Fold7

Home Office "Be the difference" by FCB Inferno

Takis "Listen to the haters" by Publicis.Poke

McDonald's "There's nothing quite like a McDelivery" by Leo Burnett

Unison "They deserve more" by Krow