Lego has built 12 models in the Savoy hotel as part of its "Rebuild the world" campaign, which champions the importance of creativity as a key 21st-century skill. 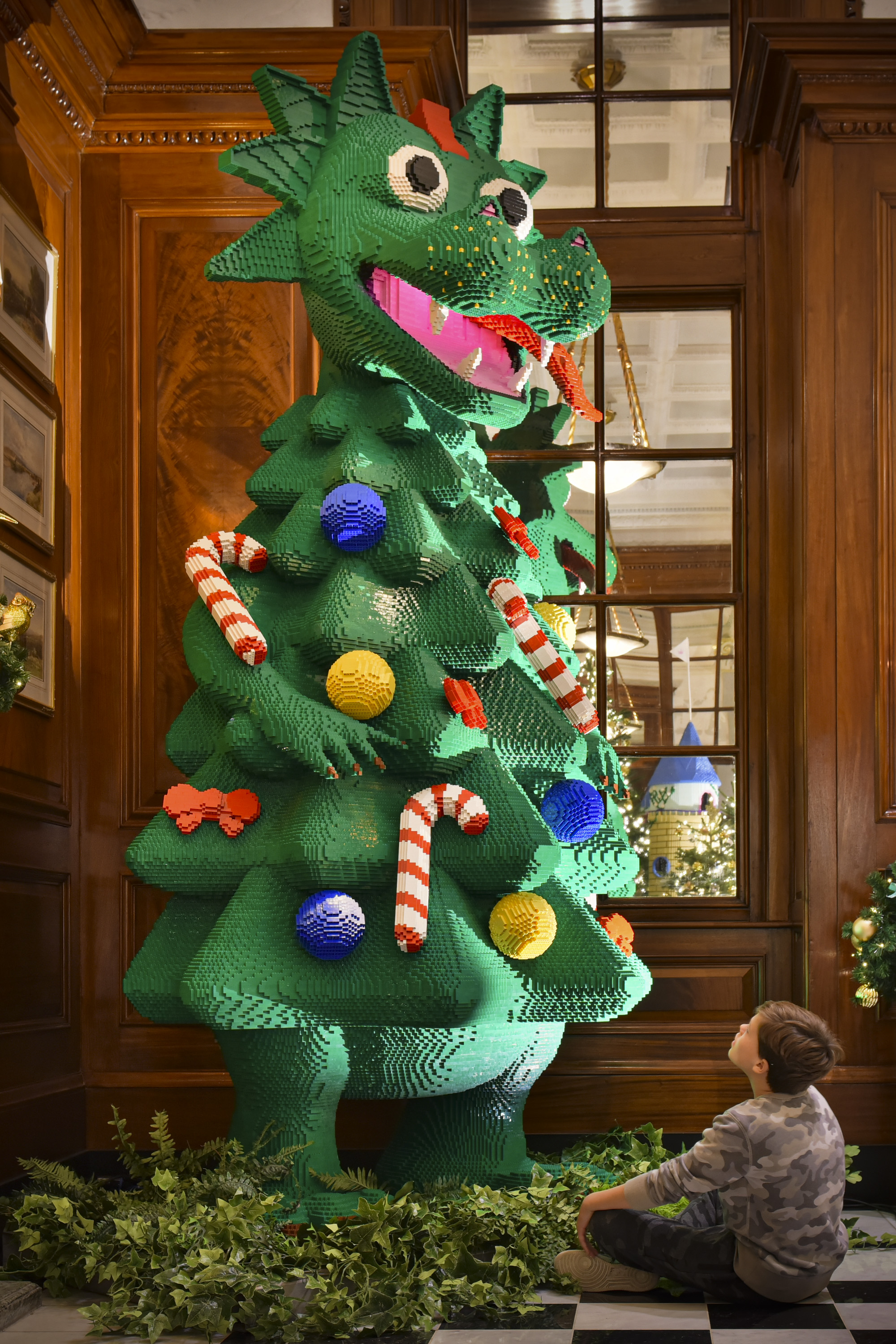 The installations are based on a rewrite of The Twelve Days of Christmas, with each line of the song reimagined through the eyes of a child. For example, instead of "a partridge in a pear tree", there will be "a dragon-shaped christmas tree".

The designs, on display until 3 January, also include a tea-drinking lion and a princess’ rocket-castle.

Visitors can join in by creating a festive decoration. And if they share a photo of it using the hashtag #BuildToGive, Lego will donate a set of bricks to a child in need.

On 1 December and 15 December, there will be decoration-making workshops guided by professionals.

Nicola Morgan-Hulme, senior brand relations manager, UK and Ireland, at Lego, said: "As part of our 'Rebuild the world' campaign, this partnership is designed to inspire people of all ages to unleash their creativity and explore the limitlessness of their imagination through play.

"We hope that the 'Twelve rebuilds of Christmas' will truly inspire people to rebuild the importance of creativity this festive season."

Lego ad break on ITV returns for The Lego Movie 2