Lego may seem like a brand that can't put a foot wrong, but it's had to learn some hard lessons fast since it launched Lego Life in January.

Lego Life is an online social network for kids that Lego designed to inspire ways of playing with its products and to provide an extremely safe space for kids to share their Lego creations.

The network is currently doing well with 700,000 new users in the past month and 3 million downloads in total. But it has been "an interesting journey" for Lego, Robert Lowe, senior global director for Lego Life, said during an interview at Web Summit last week.

"When we launched on Apple, we launched in 25 markets and scaled maybe too quickly. We tried to apply the principles of launching a lean, not-quite-finished digital product in a company that is just not used to the idea," Lowe explained.

Lego, he continued, is a perfectionist manufacturing company and the idea of launching something that had to be continually perfected is a "brave new world" for the company.

"When we launched, the user experience needed updating. It wasn’t easy enough for the kids to use but we got carried away and launched too early because Apple liked it. At the time, we were pretending to be agile but really, we weren’t yet. It took us two months to get a feature put in," Lowe said. 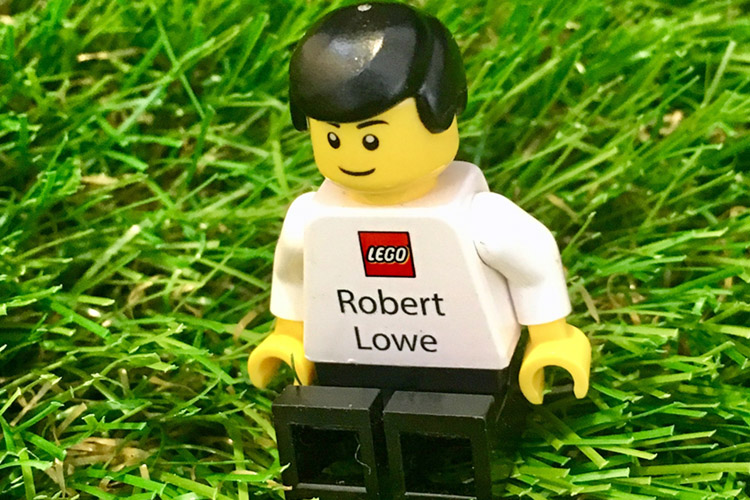 Lowe and his team realised they could not keep working in the linear fashion traditional to the company.

"One thing we did was to put our creative guys right there with the developers. It’s simple, and digital development 101, but it worked," he said.

At this point, while they were capable of pushing out new updates for the app every two weeks, the team still had to learn how to market an app.

"You can book a spot on TV, but by the time the deadline arrives to submit the spot you don’t even know all the features you’ll have when the ad goes live," Lowe said. "We’ve learnt App Store marketing through trial and error, trying different app icons, videos, text, studying what ranks highly and what doesn’t."

The team also had to learn how to be truly data led.

"We used to focus on one part of data and that would become The Truth. Everything would be based on that one fact and it would lead development. That does not work. To be data led, you have to look at small things, like the number of kids that fell out of a flow, or what’s affecting sign-ups," Lowe shared.

There was a need to push the creatives in the team to look at data in that way and while initially it "wasn’t their natural habitat", when the creative realised they could define problems that needed to be solved more clearly, then it worked, he said.

Another struggle for the team was the cross-departmental nature of the product. While Lego Life sits within product marketing development focused on digital consumer engagement, it has to be considered a digital product.

"Obviously, it is a marketing platform. But it’s also a product and we’ve had to break down barriers," Lowe said.

Lego tends to have silos, he explained. "There’s a team very focused on Star Wars, another on Ninjago, but that’s just not the way kids play."

Similarly, there has also been a process of education with the brand’s IP partners.

"When they see content that mixes Star Wars with Batman they [the IP partners] are like ‘Noooo!’ They do understand that it’s user-generated content but we have to explain that when kids play they don’t care if Spiderman belongs to the Marvel or DC universe," Lowe said.

But there are advantages to working on a project like this within a company like Lego, he noted. "We’re family-owned and profitable, so we can have longer-term initiatives."

The team has found a correlation between the number of times kids return to Lego Life and an increase in the sessions of playing with Lego. This, in turn, increases the number of bricks they buy.

Lowe concluded: "There is definitely a correlation and a benefit for the brand. But Lego does understand that long-term success means over-investing in the short term and not demanding direct results immediately."

Lego: how can the business ditch the 'complexity' and hit the reset button?

Lego cuts 1,400 jobs after decade of growth comes to an end